How One Doctor Saved his Father from a Problematic Prostate

After nearly two decades of discomfort, Jose turned to his son – the doctor – for minimally invasive treatment 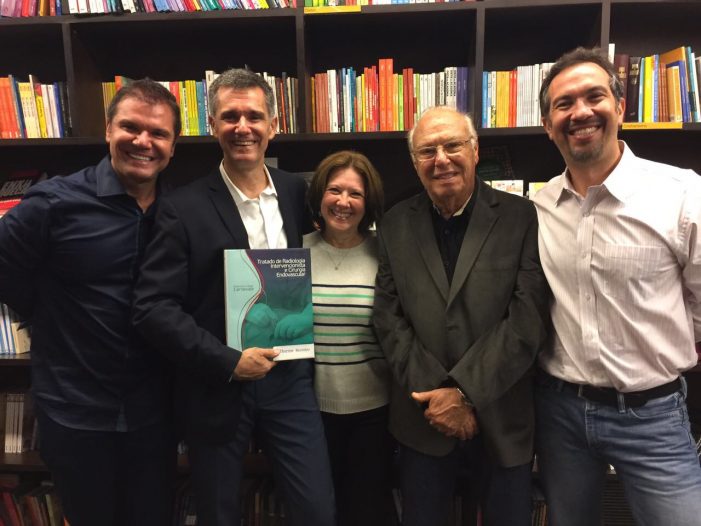 The Carnevale Family, showing Francisco standing with his father, brothers, and sister

His enlarged prostate, a condition commonly known as benign prostate hyperplasia (BPH), subjected him to daily bouts of urinary incontinence. He once lost control of his bladder in the middle of a busy shopping mall – a moment of monumental embarrassment for a proud man. Even the most mundane activities, like pressing the brakes on his car, caused him discomfort, sometimes sending him on a frantic search for a roadside restroom. The abdominal pain was excruciating, once causing him to disembark an airplane due to the pain. But the nights were the worst. Years of waking multiple times a night to use the bathroom left him exhausted and weak. 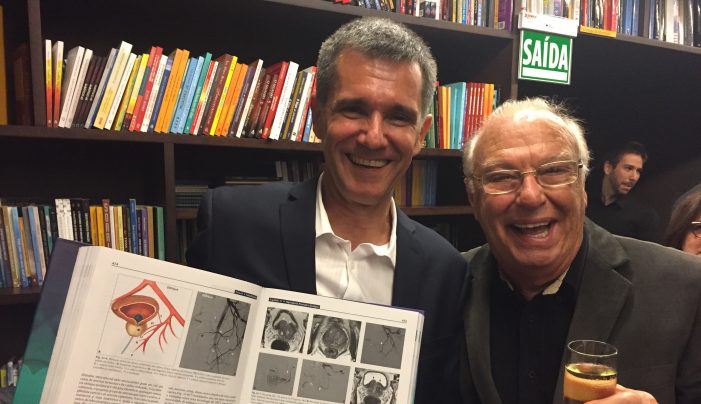 Father and son celebrating the publication of Dr. Carnevale’s article

Watching Jose suffer, also caused suffering for his son, Dr. Francisco Carnevale, an interventional radiologist at a nearby hospital.

“While my father experienced some periods of improvement, overall, he had a poor quality of life,” admits Dr. Carnevale of his father. So, together the father-son pair began evaluating treatment options to help alleviate Jose’s suffering so he could enjoy life the way he always had.

For years, a surgical procedure known as Transurethral Resection of the Prostate (TURP) was Jose’s only available option. This would require hospitalization, significant recovery time, and implied great personal cost. Later, newer technologies were developed and doctors suggested that Jose could also consider a laser procedure. Eventually, due to the growing size of the hyperplasia, Jose’s doctors recommended a prostatectomy – surgical removal of the prostate.

But there was another factor to consider: while Jose’s discomfort was considerable, so was his hesitation to step foot inside a hospital. Jose had never been hospitalized before and he had no intention of breaking his streak of good fortune. As a workaholic, taking time off for even a vacation was inconceivable, let alone missing work for a hospital stay. So, he refused his doctors’ suggestions of surgery.

Finally, as Jose reached 78 years of age, his tolerance had subsided and he couldn’t take it anymore. “I give up,” he told his son. “I woke up five times to urinate last night. It is just too much. I am now too tired to work. I cannot even drink a glass of wine or beer, or even water, in the evening.”

Rather than undergo surgery with an unknown physician, Jose turned to his son; the one doctor – the one man – he trusted most in the world. “Either you treat me, or I will need to get my prostate removed,” he said to his son. 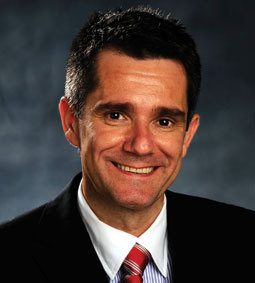 Dr. Carnevale recalls the moment his father requested his help. “When he was presented with his options, his answer was, ‘My son, of course!’ That was the moment I knew that all my studies had paid off, because a father’s recognition is priceless.”

Dr. Carnevale says that his PErFecTED PAE procedure is challenging and requires a specific set of surgical skills and high-tech equipment. “Working with excellent angiographic equipment is a must. I work with GE Healthcare’s Innova interventional Image Guided System, which allows me to use cone-beam CT for every case.” This sophisticated system allows interventional radiologists to work with 3D X-ray volumetric images to conduct catheter-based, minimally invasive procedures. As a result, physicians can get beyond the barriers of 2D images and are better able to visualize and navigate the tiny vessels and soft tissue structures as they conduct complex procedures.

In August 2014, Dr. Carnevale performed his most impactful PAE procedure ever. It took place at the Hospital das Clinicas of the University of São Paulo Medical School. The surgery was a complete success and two hours after the procedure, Jose was discharged from the hospital.

Three days later, during the Father’s Day holiday, Jose drove to Dr. Carnevale’s country house to enjoy a typical Brazilian barbecue – a family tradition and the perfect moment for Dr. Carnevale to check up on his most important patient. “All his symptoms had improved,” says Dr. Carnevale. And Jose’s recovery would only continue that upward trend. “By the two-year follow-up evaluation, his prostate had showed a 43% reduction in size.”

Reflecting on his treatment, Jose recalls that the surgery was an easy procedure. “I knew that my son would do a great job. A successful treatment begins when the patient believes and trusts his doctor. Now I know what quality of life means.”

Today, Jose is 81 years old, healthy and happy. He no longer suffers from urinary urgency or incontinence, he’s off his medications, and he’s able to socialize and share a drink with friends in the evenings as he wishes. 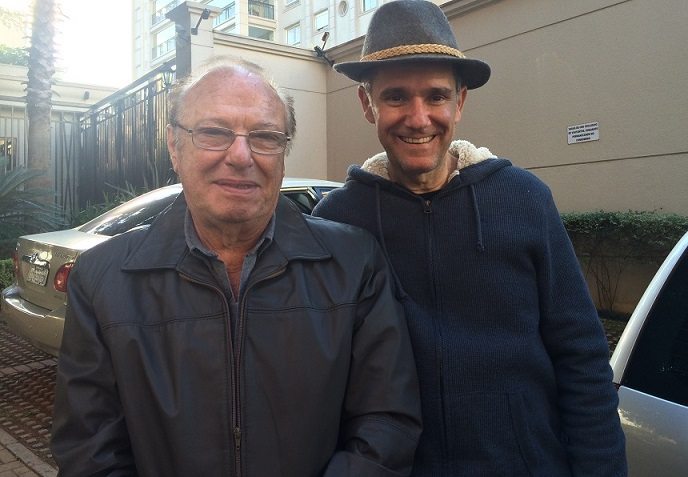 “About 8 PM one night, my cellphone rang and I saw that it was my father. I then heard the unmistakable sound of beer being poured into a glass. ‘Now I can finally drink liquids without the need to wake up to go to the toilet in the middle of the night,’ he said. So, his quality of life had significantly improved. He is really happy and tells everyone that he was treated with a ‘new surgery’ developed by ‘his son’,” says Dr. Carnevale proudly.

Of course, Dr. Carnevale is gratified by his clinical accomplishments – the results speak for themselves – but he says the emotional reward of helping his father is the true prize. “It was an amazing experience and I’m grateful for it,” he says. “For all the things that he has done for me, this is the least I could have done for him. So, thank you, Dad.”