How Mercy Owuor, one of three women featured in new documentary Heroines of Health, is helping to make this dream a reality 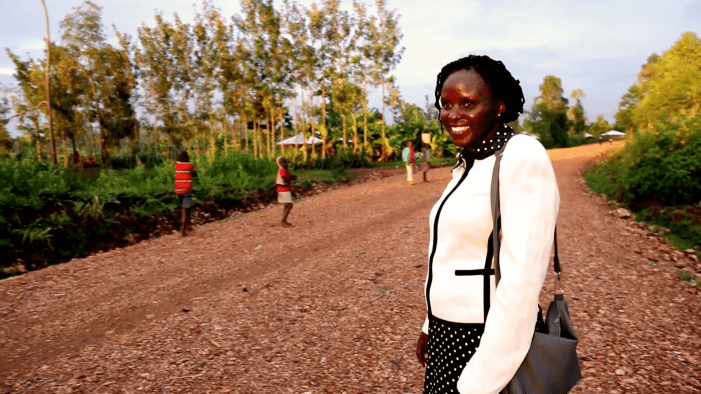 It’s morning in Lwala, Kenya, and the day promises to be hot. Mercy Owuor stirs milk and sugar into her Kenyan tea, a quiet morning ritual that gives her the lift she needs to do the important work of caring for Lwala’s mothers and babies.

As the Community Programs Director at Lwala Community Alliance, a community-led innovator in an all-out effort to drastically reduce maternal and child deaths across a population of 1 million, a typical day may include tackling issues like unplanned pregnancies, mother-to-child transmission of HIV, poor prenatal care, unskilled deliveries, poor clinical practices, lack of emergency transport, and delayed treatment of childhood illnesses.

Produced by GE Healthcare. A film by Lisa Russell.

“We track and support every pregnant mother, child under five, and people living with HIV,” Mercy says. “We have opened community and facility access points for reproductive health, maternal, HIV, and child health services as a comprehensive package. This approach has yielded extreme health outcomes, including increasing facility deliveries from 26% to 97%, rates of mother-to-child HIV transmission nearing zero, and a 300% increase in family planning.”

Her goal: For every child in the community to see his or her fifth birthday. Prior to beginning the community outreach, the reality was that too many children didn’t survive this most critical time. Now that is changing.

A look how and why –the story of the woman helping to make this happen – is the subject of a new documentary, Heroines of Health, currently being told 1 minute each day @HeroinesofHealthFilm on Instagram and premiering July 18.

Mercy guides the mom of this little girl with advice – make sure the children stay away from the fire, she tells her. “And this should never happen to any child, any other child, even this one, it should never happen again.” - @owuormercy #HeroinesofHealth documentary PART 21 OF 30, a film told 1 minute each day. Watch for what happens next. . . . Produced by @gehealthcare. A film by @lisarussellfilms #globalhealth #unitednations #wha #girlpower #worldhealth #womenwill #Africa #Kenya #womanpower

The power of women in healthcare

It’s estimated that 5.8 billion people globally have limited access to healthcare. Women contribute nearly $3 trillion to global health, yet nearly half of this work is unrecognized. In many cases it is them on the frontlines, quietly and unofficially bringing better health to the 5.8 billion people in the world who have limited access to quality healthcare.

“It is challenging for women leaders, perhaps especially in Africa, to balance the demands of their careers and those of their families,” Mercy says. “In Kenya there are heavy cultural expectations of women to be the central force of childcare and social engagement for the family. This is difficult to square with the long hours and personal sacrifices it takes to lead healthcare enterprises.”

Mercy hopes this documentary will shed light on the struggles of patients in communities like hers, while highlighting the power of women in healthcare.

It’s a challenge she knows intimately. Each weekend she packs up and leaves her family – including 6-year-old daughter Mya and 3-year-old son Ethan – to travel the 2 ½ hours away to where she works in Lwala. The education opportunities in the remote town were difficult to come by but Mercy knew she had to take the job, to help other families, so she and her husband discussed and decided that she would make the commute each week and they would see each other on the weekends.

“I love my husband, I love my children, but I also love what I do,” says Mercy. 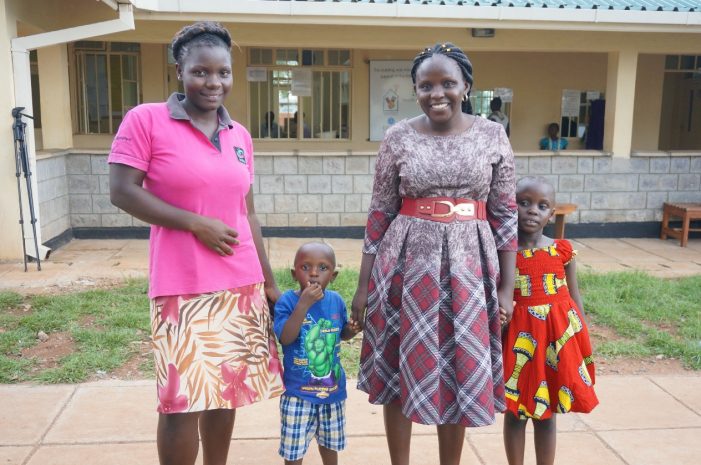 Mercy with her two children

It’s a passion that has driven her since she got her undergraduate degree in sociology and volunteered with the Kenyan Red Cross, supporting families affected by HIV when most Kenyans still believed that HIV was a curse and not a disease. Her team provided education and support to affected families, mostly grandmothers taking care of their orphaned grandchildren.

“With only a background in sociology, I needed additional knowledge and skills to tackle the most pressing health challenges facing children, including malaria, diarrhea, low immunization rates, prevention of mother to child transmission among others,” she says.

She decided to get her master’s degree in Community Health and Development so she could “support women and children to restore hope for the future which had been destroyed by HIV/AIDS.” In 2012, she joined Lwala supporting community health programs.

The moment everything changed

Mercy’s first role with Lwala was to mentor a group of young women. One morning she noticed that Grace – an active member of the group – was missing. When she asked the group about Grace, there was a long, awkward pause before one woman revealed that Grace’s 6-month-old baby had died. The group explained that their community didn’t announce children’s deaths, and no one except very close family would know about it.

Although Mercy was from the same Luo tribe as these women and had grown up nearby, she had never heard of this tradition. When asked about this practice, they answered, “Too many children die in this village. If we eulogized them all, it would simply be too much.”

“That was the moment that everything changed for me,” Mercy says. “This shocked me, and I thought – how many children have we lost who were never counted? How many more are we going to lose if we don’t act now?” 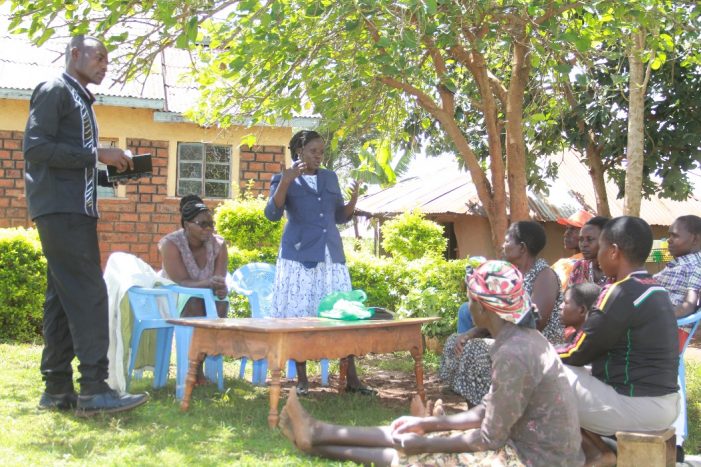 Mercy speaking to the community about health issues

From here came her goal for every child to reach his or her fifth birthday. Mercy launched Lwala’s community health outreach program, which deployed a team of former traditional birth attendants to act as community health workers, identifying all pregnant women in the community and linking them to care. Grace enrolled in the program and now has two healthy children.

“We decided to make the community know that the children matter, their lives are important, their named when their born, so through the enrollment into the program we have been able to save so many lives. They are working day and night to make sure every child sees their 5th birthday.” -- @owuormercy ❤️ #HeroinesofHealth documentary PART 9 OF 30, a film told 1 minute each day. Watch for what happens next. . . . Produced by @GEHealthcare. A film by @LisaRussellFilms #globalhealth #unitednations #wha #girlpower #worldhealth #womenwill #kenya #africa #womanpower

Today, as shown in Lwala’s Decade of Impact Report, Lwala Community Alliance has reduced mortality for children under five years of age to less than half of the regional average. In just 10 years, Lwala Community Hospital has reached nearly 50,000 patient visits a year, Community Health Workers are tacking and treating 10,000 people, and a robust education program is reaching 13 schools.

“I am highly motivated when my contribution, no matter how small, creates a lasting change in someone’s life,” Mercy says. “When a pregnant mother gets education and support to know the benefits of having skilled delivery, immunizations for their children and family planning; when girls are able to enroll and complete school to pursue their dreams and purpose in life and when a child celebrates his fifth birthday, I see hope for a better tomorrow.”

BE FIRST TO KNOW UPDATES ABOUT THE HEROINES AND THE DOCUMENTARY: http://gehealthcare.us15.list-manage.com/subscribe?u=788d34ff5c5aef2bdeed8d3b9&id=249ff3b224