Engineers just invented an MRI that images the brain like never before, tiny crossing fibers and all

Engineers created an MRI that images the human body like never before. Now they’re showing images how and a look at one of their own brains. LIVE.

The human brain is made up of 100 billion neurons. It’s wiring is filled with crossing pathways and white matter that connects the different regions of the brain together in complex patterns. All of this makes getting an accurate picture of the human cranium a challenge for researchers and clinicians, who need to be able to visualize the tiniest of details to understand and treat disease and injury.

With growing reports of mild traumatic brain injury, doctors and researchers have long been looking for new ways to visualize the tiniest structures in the brain and to map its complete structural and functional neural connections.

Next week, engineers are sharing more about a new invention that may make that possible: An MRI scanner that images inside the brain (and body) like never before, including white matter and crossing fibers. Their goal: to help defeat disease. But first, they’re going live from the lab at GE Healthcare where they made it happen to show how – and scans from one of their own brains. LIVE.

A sneak preview: Getting to the white matter

The new MRI, an ultra-premium 3.0T MR system called the SIGNA Premier, is the result of a collaboration between research institutions around the world working to design new imaging tools, particularly to aid researchers in the detection of biomarkers for the potential diagnosis of mild Traumatic Brain Injury.

Scientists at the University of Wisconsin – Madison are some of the first to use the technology, as they conduct research that will help them understand disease and how to treat it.

Dr. Alan McMillan and Dr. Samuel Hurley, researchers in the Department of Radiology, for example, have been using SIGNA Premier in neurological research similar to the Human Connectome Project, a project to construct a map of the complete structural and functional neural connections in the brain.

Their research seeks to help develop quantitative MRI methods that measure white matter in the brain throughout disease progression. They are pushing the system to its limits to get more signal and better spatial resolution, which helps to identify smaller neural tracks.

“So far we’ve been really pleased,” Dr. Hurley says. “We can set up the MR protocols we need and run them through existing Human Connectome Project image analysis pipelines. And we’re getting results that look as good or better than images we’ve seen previously.” 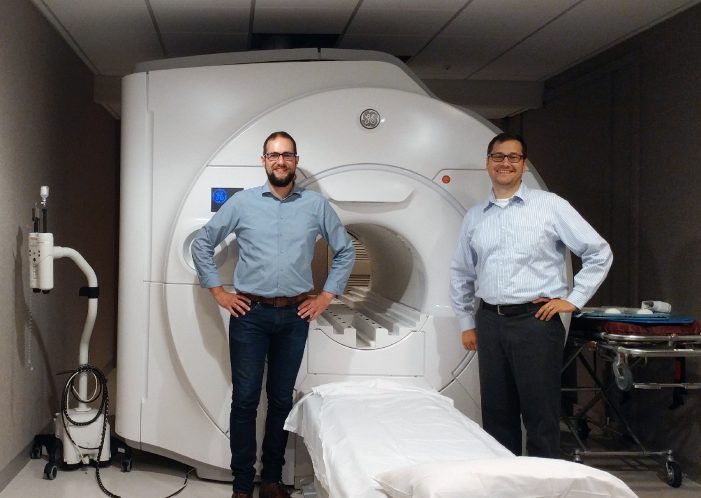 Being able to see more than ever before, including white matter and “crossing fibers” in the brain, means Dr. Hurley’s research has been able to specifically measure the physical connections between brain regions, where white matter acts like wiring that connects the different regions of the brain together, then connects the brain to the body through the spinal cord.

“That wiring is not neat and organized. It is very complex and has lots of crossing pathways,” he says. “So to be able to get an accurate picture of how brain regions talk to each other and how they’re wired together, we need to be able to see those crossing fibers and see where these connections are going.”

SIGNA Premier allows their research team to see the fine structures of the brain and compare that data to existing databases of healthy subjects, which will likely add valuable information to further neurological research. For Dr. Hurley, this type of imaging is critical in assisting with their understanding of how the body – and especially the brain – work.

Another member of the team, Dr. Scott Reeder, professor, Vice Chair of Research, and Chief of MRI at the University of Wisconsin-Madison, has been using SIGNA Premier in his research on oncology and liver disease.

“The high performance of the system is going to allow us to not only push our current research applications to new levels in terms of spatial resolution, scan time, and also signal to noise performance, but it may offer new applications that couldn’t be done before,” he says. 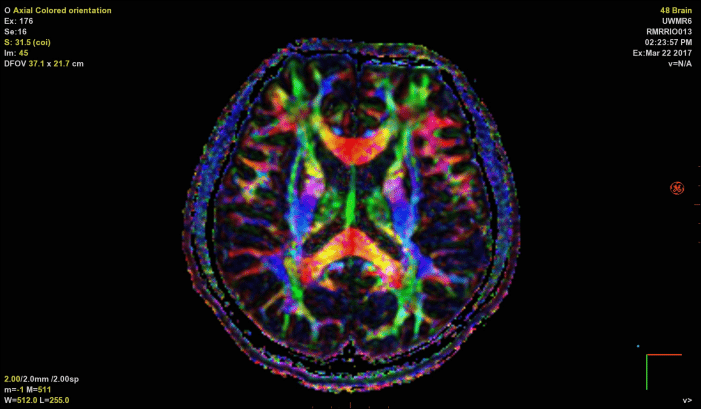 The technology is the result of a four-year collaboration with the National Football League (NFL) and research institutions around the world working to design new imaging tools, particularly to aid researchers in the detection of biomarkers for the potential diagnosis of mild Traumatic Brain Injury. SIGNA Premier delivers a new level of clinical performance with additional research-focused capabilities, especially for neurology research.

With growing reports of mild traumatic brain injury in athletes, there’s continued pressure to understand the brain so we can treat and prevent these kinds of injuries.

“SIGNA Premier is going to be our go-to neuroimaging system for many of our clinical and research applications,” says Dr. Reeder. “It is hoped that it will improve our understanding of diseases like chronic traumatic encephalopathy and mild traumatic brain injury. This is the best tool we have for performing neuroimaging exams on these patients.”

It was also designed with a wide bore that accommodates larger patients – such as football players – and those who suffer from claustrophobia.

Engineers tout the improvements in a feature called digital radiofrequency transmit-and-receive architecture, which enables researchers to acquire patient data from multiple high channel-density surface coils all at once. 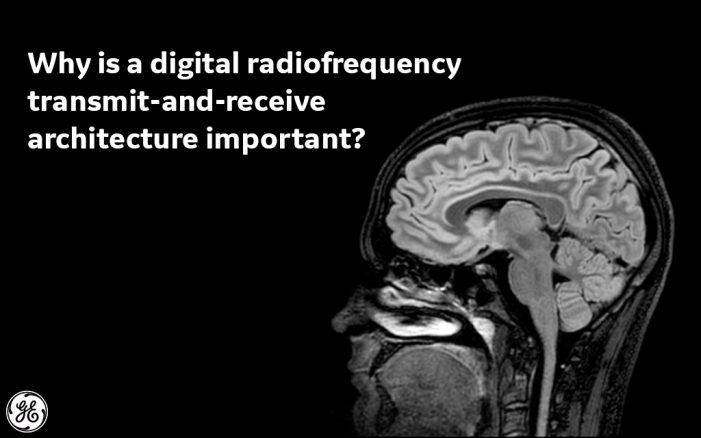 “It’s really cool that there’s a new wide bore system that doesn’t have any performance limitations in comparison to other systems,” says Dr. McMillan. “This system is by far and away, the best performing system that we have here at our institution, in terms of the latest development in the RF coils and the overall gradient system.”