This Case Report was published in GE Healthcare ASSIST Magazine, Issue 9, May 2021.

Yann Gouëffic, MD, PhD, is a professor of vascular surgery in the Vascular Center at Groupe Hospitalier Paris Saint Joseph, Paris, France. Pr Gouëffic received his MD and PhD from the Nantes university and completed his education from Paris university hospitals and Hope Heart Institute (Seattle, USA). Pr Gouëffic is the former chief of department of vascular surgery at university hospital at Nantes, France, from 2011-2019.

49-year-old male presented with decompensated non-insulin-dependent diabetes and decubitus pain in the left lower limb, no trophic disorders. There were two types of lesions: a relatively short 1cm one from the origin of the left common iliac, and a relatively short thrombosis in the left Hunter. The patient was categorized Rutherford stage IV with the limb prognosis involved. An outpatient treatment under local anesthesia and sedation was proposed. 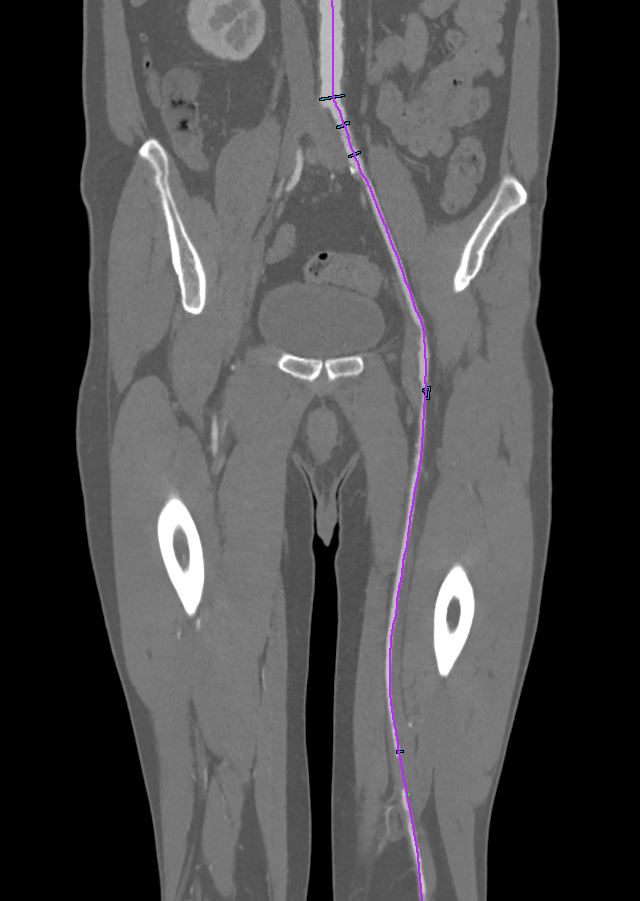 Fig 1. The center line on the CT angiogram was manually edited inside the occlusion.

Endovascular treatment began with the most distal lesion (superficial femoral artery) then treatment of the iliac lesion. Whatever the complexity of the lesions, it is important to always consider this approach:

3) How to cross the lesion?

4) How to prepare the artery?

5) How to treat the lesion?

For this patient, we went through the listed steps as follows:

1) For the analysis of the lesions, there are two extremely important examinations: the CT angiogram (recommended by the European Society, Fig 1) before the procedure and the Innova Breeze[2] acquisition (bolus chase) to confirm the lesion before starting the procedure.

2) Regarding the access, do we choose an antegrade puncture? Retrograde? Radial or brachial? It is the initial analysis of the CT angiogram that allows us to make a choice. Here we performed the puncture of the right common femoral artery under ultrasound then a crossover with a 6F intro (Fig 2). 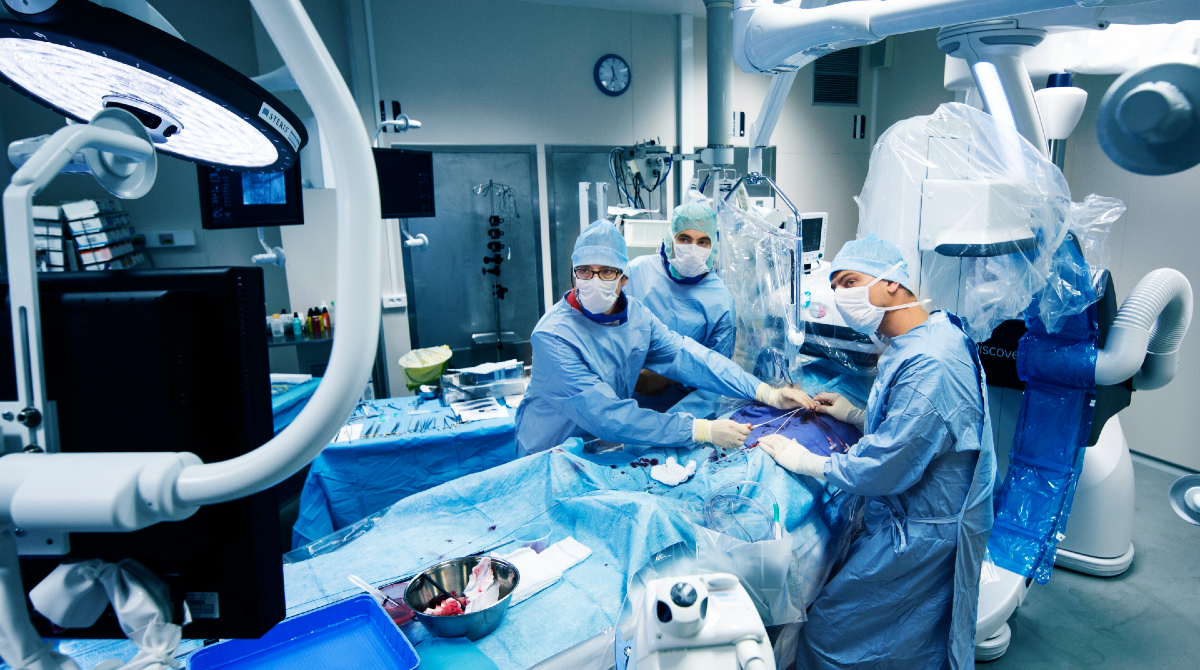 Fig 2. Setup of the room following the puncture of the right common femoral artery. 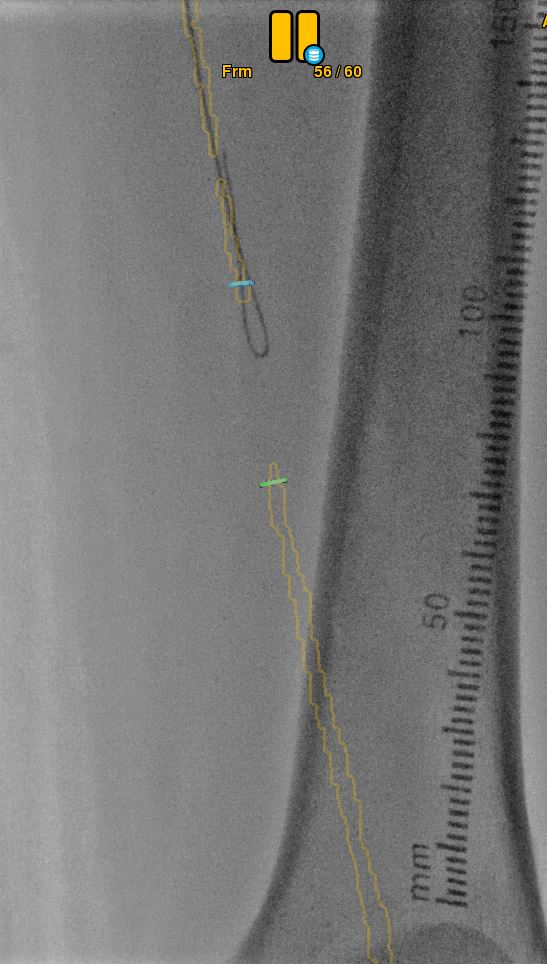 4) The artery preparation was started with the same balloon, for the sake of economy and speed. The balloon was inflated for 2 minutes (Fig4). By checking the preparation, we noticed a dissection on an under inflated artery.

5) Finally, for this TASC A and B lesion, a bare stent, an active stent, or an active balloon could be considered. As the patient was part of an ongoing study, he was treated with an active balloon (Fig 5). Stenting would be necessary in the event of failure or significant post-active balloon stenosis.

Fig 5. Treatment of the artery with an active balloon.

At the end of treating the first lesion, an angiography check was performed in two planes separated by 45° to verify the absence of any significant dissection. Finally, an Innova Breeze2 acquisition allowed to check the quality of the revascularization, the absence of distal embolism and to assess that the blood flow was faster than previously.

The procedure ended with protected stenting in the left common iliac artery. A contrast media injection was performed to register the fusion with fluoroscopy then the stent was deployed under fusion control only (Fig 6). The final angiogram showed satisfactory revascularization. 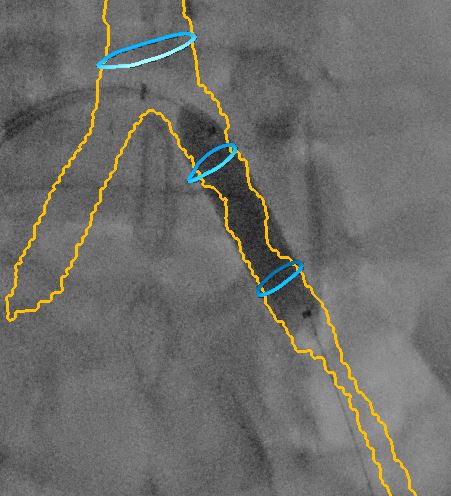 Fig 6. Deployment of the stent in the left common iliac artery under fusion guidance.

Benefits of fusion and Innova Breeze[3] for Lower Limb Treatments

With the active balloon, it is important to avoid a geographic miss, an area that would have been prepared but not treated, which would make this area prone to restenosis. Thanks to the two circles placed at the extremities (proximal and distal) of the lesion during the planning phase on the AW, the area to be treated was well located on the fluoroscopy. “I think that the CT-fluoro fusion is very useful to do the crossover, catheterize the superficial femoral artery, prepare and treat the lesion and then to deploy the stent.”

“The Innova Breeze[4] acquisition is a key feature in our everyday practice, which facilitates procedures by lowering the dose of both radiation and contrast agent. It allows us to obtain descriptive imaging that shows the extent of the lesions before treatment (Fig 7) and the extent of the repair afterwards (Fig 8). We frequently use Innova Breeze[5] if we are having difficulty catheterizing the femoral tripod. I can reuse the frame corresponding to the femoral tripod and overlay it as a roadmap to catheterize the SFA, with automatic positioning of the table and the detector, without having to redo an acquisition. We could also have used Innova Breeze[6] if we had to do a retrograde puncture of a leg artery to recanalize the femoropopliteal thrombosis in a Safari fashion.”

Fig 7. Innova Breeze acquisition before the treatment of the left superficial femoral artery.

Fig 8. Innova Breeze acquisition after the treatment of the left superficial femoral artery.

Yann Gouëffic, MD, PhD is a paid consultant for GEHC.  The statements by Yann Gouëffic, MD, PhD described here are based on his own opinions and on results that were achieved in his unique setting.  Results may vary as many variables exist, i.e. expertise, case mix, etc.. and there can be no guarantee that other customers will achieve the same results.

[2] Innova Breeze is optional feature. Not available on all IGS configurations

[3] Innova Breeze is optional feature. Not available on all IGS configurations