She left India to pursue her education; she returned to help others pursue theirs

Dr. Sharmila is the subject of a new documentary about the untold work of women in healthcare 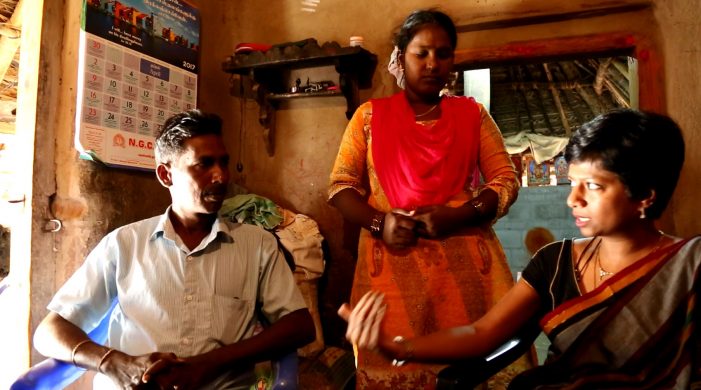 It’s an unusually hot day for March in Thirukalukundram, a village two hours away from the nearest city in the south of India. Dr. Sharmila Anand stands outside a home on the dusty road simultaneously typing out emails to colleagues back at a radiology training program she founded and messaging her teenage daughter. She’s in the village to speak with a young woman who had applied but ultimately decided not to join the program.

Dr. Sharmila’s road to this village, to the closest city of Chennai where she runs her program, and even to returning to India, wasn’t always a straight one. It’s also one that’s being captured in a new documentary premiering in June about three women across three countries who are making a difference in global health in a way much of the world has yet to do.

She was 23-years old and in the middle of pursuing her medical degree when she became a mom. The expectation was that she stay home from work to care for her new baby. Initially she conceded, but, coming from a family of doctors, the medical field still called to her, so she applied for a healthcare management course at a premiere institution in India. A series of opportunities led her to pursue an internship at a hospital and earn her MBA in the U.S.

“My daughter was three years old and I was a student working five jobs,” says Dr. Sharmila of the time. “She actually watched me graduate through webinar when she was four. When I got on the phone after, she told me: Mom, I want to be like you. That made it all OK.” 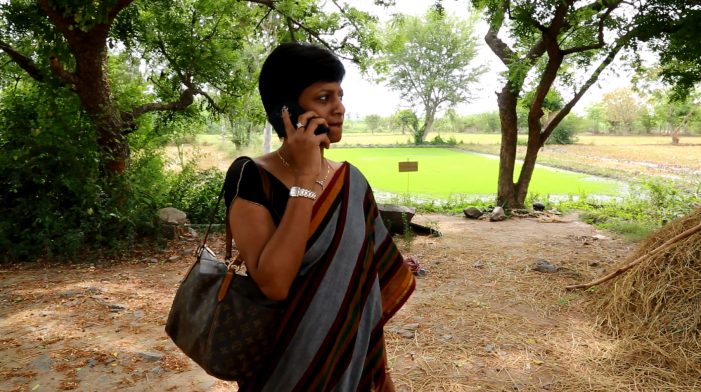 Inside the home back in Thirukalukundram, she sits with the young woman she’s come to visit and the woman’s father. They discuss the financial empowerment that comes with an education, the issue that drives Dr. Sharmila. “So why can’t she go to the program?” she finally asks. There’s a lot of debate back and forth about the challenge of getting to the site and the cost, as the young woman looks on. Finally, the father admits that he would like to let her join the program, but he can’t: she is the sole breadwinner in the family.

Dr. Sharmila could have continued to pursue her career in the U.S. but a combination of personal family circumstances and a gut feeling brought her back to the south of India, where she founded SEHPL, a social enterprise focused on developing the next generation of healthcare professionals. It is estimated that India requires nearly 6.5 million health professionals but currently has less than 300,000. According to India’s National Skill Development Corporation, by 2018 the healthcare technician demand-supply gap in India will be 445,000, an 84% shortfall. With its program to train young student in careers like radiology tech, SEHPL is uniquely filling a demand for the future.

It might be her prior experience, challenging what’s expected of a mother and a working woman in the medical field that has led Dr. Sharmila to be so passionate about ensuring woman have a fair shot in her program – she aims for a majority of students to be female because that is where she sees the largest gap – but the facts also back her up: globally, while women make up the vast majority of those working in global health, they continue to be underrepresented at the decision-making and leadership levels. 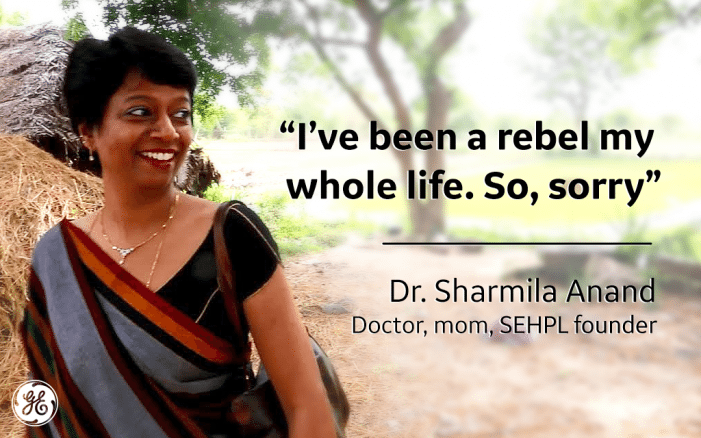 On a local scale, bringing her global perspective and learnings back to her home country, as a female entrepreneur and working in an in-demand healthcare field, hasn’t always been easy. She cites one moment early on, as she was still building the center and trying to convince families of the value in sending their daughters and sisters to receive training, when someone told her that men “wear the pants” in their house.

“I said, please wear yours and I’ll wear mine,” she said. Now she counts among the program’s successful graduates an HIV positive woman who had been largely neglected by society and girls who previously never had left their villages.

“As mothers we go through nine month of pregnancy, but we don’t remember the pain when we see our babies for the first time. That’s similar to how I feel when I see my students come to success,” she says.

The key to solving the disparity that exists for women in global health, she believes, is education and being able to convert that education into meaningful outcomes, such as employment.

While she attributes the success stories to the motivation within the women themselves, she does cite one special personal victory that tells her the effort can make an impact: Ashlie, her daughter who watched her graduate via webinar, now 13, accompanies her on educational trips into villages to share what she thinks women can accomplish with an education. One day, Ashlie also wants to pursue a career in education to impact people’s lives. 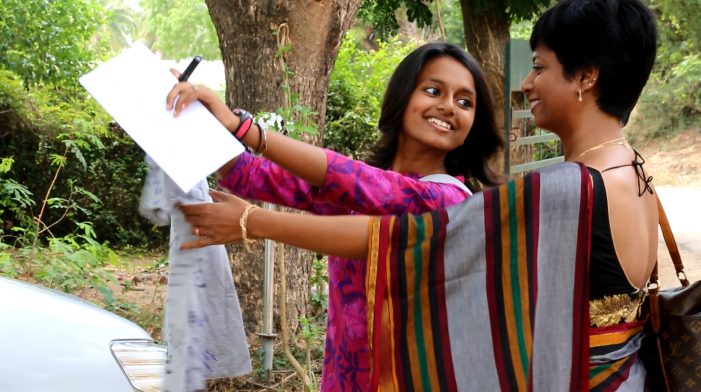 “Knowing that I helped getting them education and that they have a bright future is amazing,” Ashlie says about a recent trip to speak with young women, some not much older than her.

“She is so blessed to have a life that gives her an opportunity to study. There’s so many people who don’t have this,” says Dr. Sharmila. “We need to bring up our daughters to believe they can be the change. We need to raise our boys to support girls in being that change.”

Back in Thirukalukundram the discussion has gone on for nearly an hour. Dr. Sharmila listens attentively. Then she delivers some good information – there may be scholarships available for young women who wish to join the program but aren’t able to because of issues like the one this family is undertaking. The young woman standing in the room with her begins to smile.

Later, outside of the house and heading back to Chennai, Dr. Sharmila pulls back out her phone to ensure everything is running smoothly at the center and find a time to meet her daughter. The next day there will be more women to train in radiology, families to speak with, a daughter to be a mom to, and more barriers to break.

A documentary coming in early June 2017

Dr. Sharmila, Mercy and Mrs. Rohani have never met. They come from different backgrounds. They speak different languages. Yet in their personal endeavors to better health for women and their communities, they have at least one challenge in common: their stories are untold. How is it that these individuals have made an impact on the disparity that exists for women in global health in a way much of the world is still striving to do?

Emmy-award winning filmmaker Lisa Russell follows each of them, from sunrise to sunset, to find out. This is their story. Told.