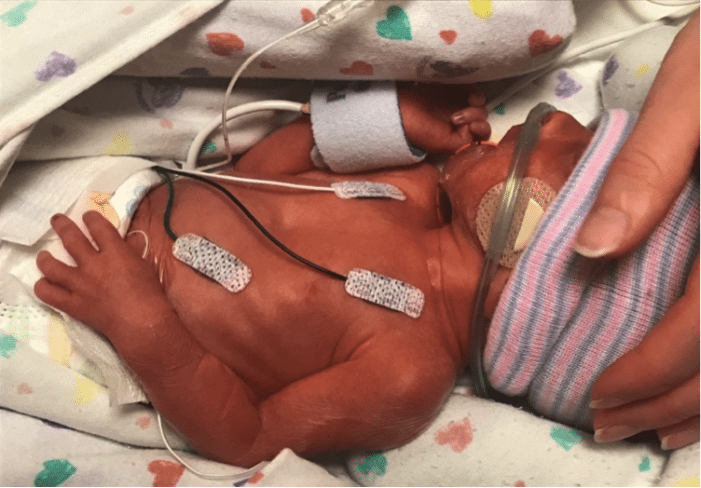 In December 2016, Kasa and David Schroer were expecting their first child. Kasa was 28 weeks pregnant at the time and was experiencing a smooth pregnancy. She and her husband were starting to put up the Christmas decorations in their home, hoping for a calm and relaxing holiday season. However, their son had other plans.

On December 9, Kasa’s amniotic sack ruptured, and she was rushed in for an emergency delivery at a hospital in Johnson, Arkansas. Moments later, Kasa and Jay met their son - Jay Daniel, who arrived three months premature. While the average full term baby weighs about seven pounds and three ounces, Jay weighed just three pounds. He was immediately transferred to the Neonatal Intensive Care Unit (NICU), where he would continue to grow in strength and size.

Jay spent a month in GE Healthcare’s Giraffe OmniBed, an incubator and radiant warmer in one that promotes development along with mother-infant bonding. Kasa did not leave his side for a minute. “It was of course such an unexpected experience, but we felt comforted by the incredible medical staff and technology that surrounded us,” Kasa said.

There are many risks associated with preterm birth. One that may not be as familiar to families is oral feeding. Preterm infants are 3.6 times more likely to have long term feeding problems.[1]

By 28 weeks in the womb, infants have just started to suck. However, if they’re born prematurely, their neurodevelopment for sucking and oral feeding skills is interrupted. In fact, more than 50% of the approximately 500,000 babies born prematurely each year will struggle with oral feeding deficiencies[2] – which may delay or prevent successful breast or bottle feeding. This prolongs their stay in the NICU, which may cause emotional and physical distress for the entire family. 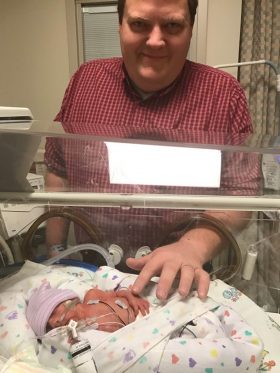 The NTrainer System is a device developed by Innara Health that is intended to reinforce development of non-nutritive sucking skills in newborns and infants born prematurely. This oral stimulation is intended to enhance infants’ oral feeding skills, promote their developmental maturity, and in the end, it may help reduce their length of stay in the NICU.[3]

Jay Daniel started using the NTrainer when he was just a month old. “Our son seemed to really enjoy the NTrainer therapy sessions. With each NTrainer session, we were cheering for him to get stronger and stronger, so that when it was time to breast feed he would have the necessary muscles and endurance,” Kasa shared.

After two weeks with the NTrainer, Jay Daniel tried his first breast feeding session. “No one was very hopeful that he would be able to breastfeed given his age and size. It was considered a ‘practice session’ to just get him used to going to my breast,” Kasa said. “But he immediately latched on and took a full feeding. We were all incredibly surprised! I feel confident that the NTrainer played a significant role in his ability to feed on his own.”

A randomized study has shown that the NTrainer can reduce length of stay by up to six days for patients aged 26-30 weeks[4]. The system is designed for use by any member of the NICU medical team and with its data-based assessment, can promote better understanding of each baby’s NNS development, by the medical team and parents. 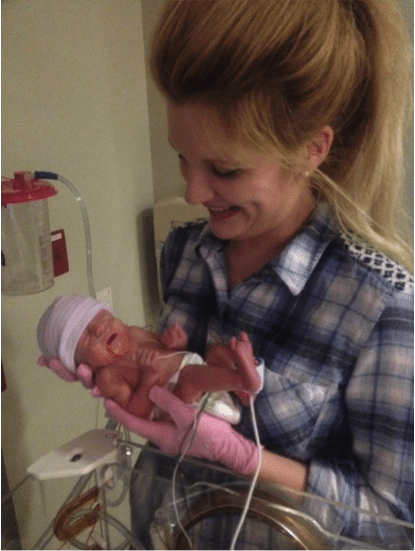 In general, to be discharged from the NICU, infants must demonstrate three key competencies: oral feeding, thermoregulation, and respiratory support. After 70 days in the NICU, Jay Daniel and his parents were finally able to go home – weighing just under seven pounds. 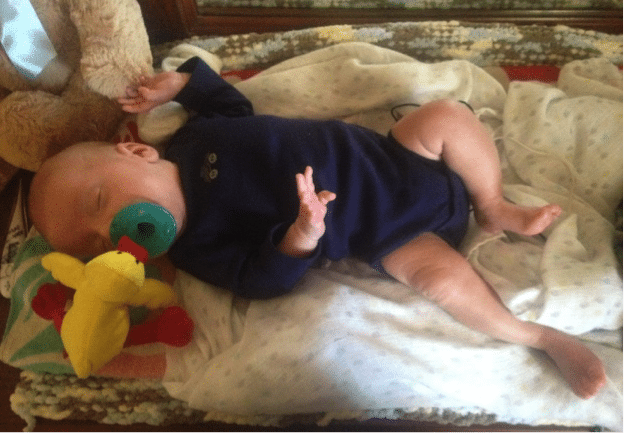 Today, he continues to grow every day and has had no difficulty with feeding. “He has a great appetite and eats more than three ounces at every feeding,” Kasa shared. “In fact, it’s time for me to clear out his newborn clothes and move on up to the next size!”. 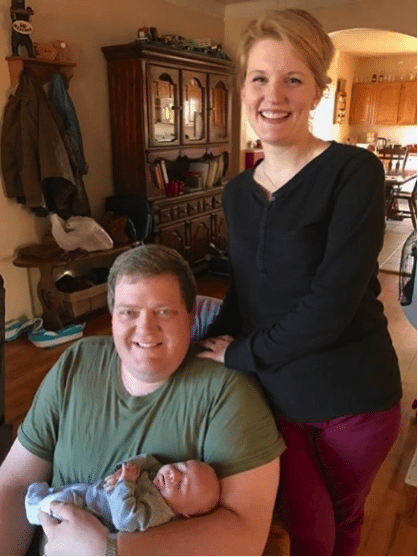