A Different Answer for Cancer

How a three-hour, minimally invasive procedure gave one patient with liver cancer another chance at life 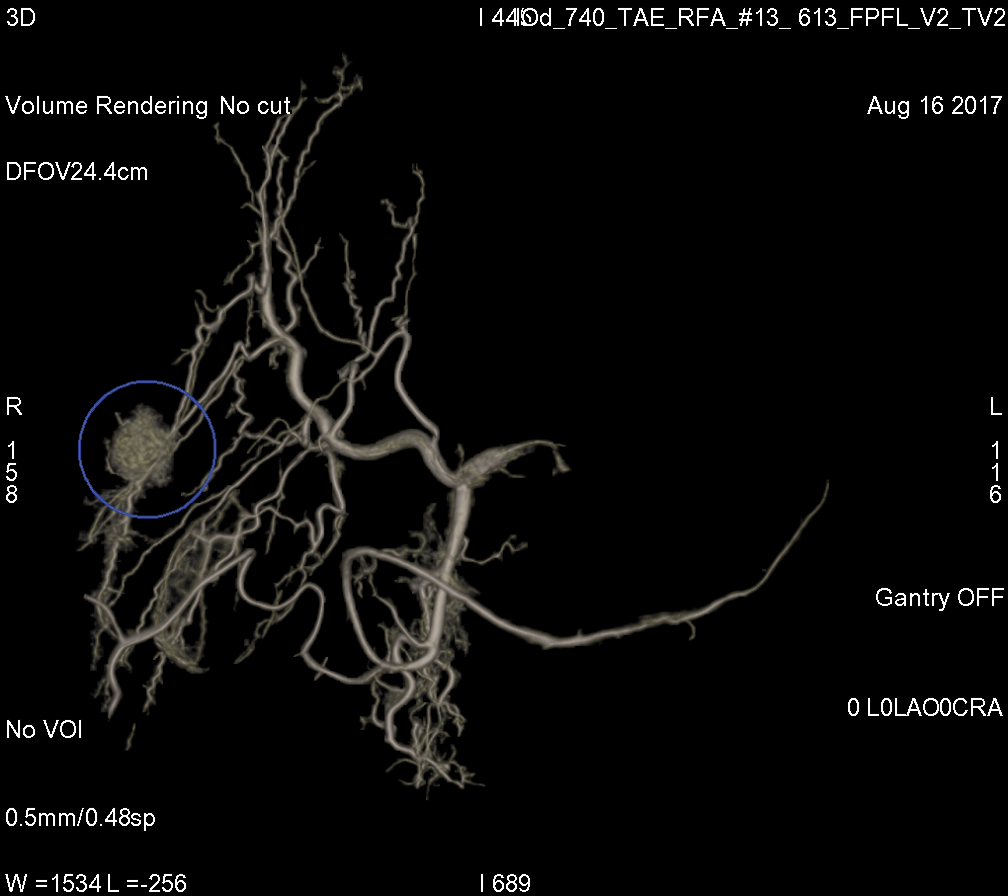 When Georgeann Jansson was diagnosed with Hepatocellular Carcinoma, the most common form of primary liver cancer, she immediately met with an oncologist to determine the best course of action.

The treatment would be taxing. She would either need to undergo surgery to remove part of her liver or be treated by rounds of chemotherapy and/or radiation. And the prognosis was bleak – even with this aggressive strategy, she would potentially have just a few more months to live.

For Georgeann, who had spent the last few years battling a myriad of health challenges, including nonalcoholic fatty liver disease, diabetes, cirrhosis and severe anemia, those extra months just weren’t worth the physical toll this treatment strategy would take.

“I have had too many family members who went through chemo and radiation.” Georgeann explained. “When I found out that this option would only buy me a few months, I decided to ride it out and, if it was my time, to die.”

But then an acquaintance told Georgeann about Dr. Marcelo Guimaraes, a Vascular Interventional Radiologist at Medical University of South Carolina (MUSC) who has successfully treated patients with cancer in a less invasive way. So she sought out a second opinion.

No radiation, no chemo, in and out of the hospital
- it sounded like parole to a prisoner!

Georgeann met with Dr. Guimaraes, who recommended transarterial chemoembolization (TACE), a minimally-invasive procedure that uses an X-ray guided catheter to deliver local chemotherapy, lipiodol (a poppy seed oil that is opaque to radiation) and beads to block liver cancer blood vessels. Because the chemotherapy is so targeted and the lipiodol and beads help reduce the amount of medicine leaving the liver, patients typically do not suffer the same side effects as they would with traditional chemotherapy.1

“No radiation, no chemo, in and out of the hospital - it sounded like parole to a prisoner!” Georgeann explained. “I was totally floored by Dr. Guimaraes’ knowledge and dedication to the procedure. I realized I had a chance that I couldn’t turn down…I had no reservations whatsoever.”

Days later, Georgeann arrived at MUSC ready for the procedure. Dr. Guimaraes placed her in the angiography suite, made a 2-millimeter incision in her arm and used GE’s Discovery™ IGS 740 to take 3D cone-beam CT images, which helped him locate the artery supplying the tumor with blood.

He then used GE’s Liver ASSIST solution2 to help pinpoint where to maneuver the catheter and release the mix of lipiodol chemotherapy followed by beads.

Once the beads were successfully injected, Dr. Guimaraes used the 3D cone-beam CT images with GE’s Needle ASSIST solution3 to help him determine the precise needle trajectories for radiofrequency ablation. Once identified, he inserted the needles around the tumor and applied heat to reduce its size.

The entire procedure took approximately three hours and Georgeann was released from the hospital later that day. Within a week, she completely recovered from any surgery site pain and one month later, she received a follow up MRI, which showed promising results - the tumor was dead, without evidence of residual disease or complication.

Today, over one year since Georgeann’s initial appointment with Dr. Guimaraes, her tumor remains under control, without evidence of recurrence or new lesions. While Dr. Guimaraes will continue to regularly monitor Georgeann’s liver, the progress so far has provided an incredible amount of physical and emotional relief.

“Every day is a gift. ” Georgeann said. “Even though I have other diseases to contend with, it’s the mental freedom from this that makes me feel better. I’m here and able to see a new day and that is directly due to Dr. Guimaraes and his staff, their knowledge and dedication and the technology that kept me here.”

Dr. Guimaraes is a paid consultant for GE Healthcare. The Statements by GE’s customer and patient described here are based on results that were achieved in the customer’s unique setting. Since there is no “typical” hospital and many variables exist i.e. hospital size, case mix, there can be no guarantee that other customers or patients will achieve the same results.
1. https://www.mcancer.org/liver-cancer/transarterial-chemoembolization
2. Liver ASSIST solution includes Hepatic VCAR and FlightPlan for Liver that can be used independently. It also requires an AW workstation with Volume Viewer and Volume Viewer Innova. These applications are sold separately.
3. NEEDLE ASSIST solution includes TrackVision 2, stereo 3D and requires AW workstation with Volume Viewer, Volume Viewer Innova. These applications are sold separately