T-CELL: The Universe's Tiniest Superhero May Be Most Powerful Of All

Part human, his super power lets him instantly identify the villains he’s been sent after from the good guys who must remain untouched. He slips around the first of them, undetected.  With precision he aims, and the first is gone.  He moves on to the next, until that one is eliminated. He goes after the next. And the next. Until all of the bad guys are gone. He remains unscathed. Never exhausted.

No, he isn’t another cape-clad super hero from a blockbuster movie.

He is relatively unknown.

He is tiny. Microscopic.

He is a T-cell. And the bad guys are cancer cells. Gone.

Dr. Robert Hawkins watches this story unfold every day from his lab at Cellular Therapeutics Ltd, which he founded after more than two decades of research in cancer immunotherapy. 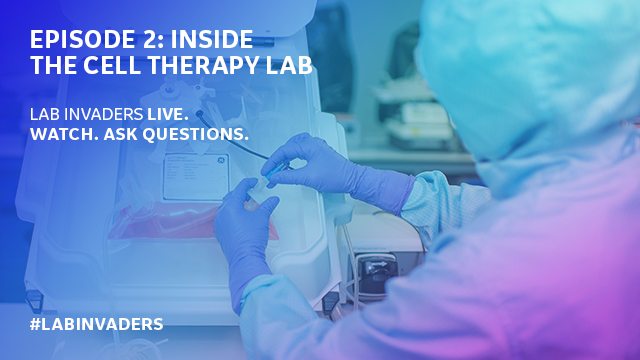 As personalized medicine has reached the cusp of becoming a reality, from the National Institutes of Health (NIH) announcing major investments in partnerships across the U.S.,  to the approval of the first CRISPR trial in humans, his work has transformed into figuring out ways to deliver cell therapies that can cure cancer.

While cancer has typically been treated with a combination of chemotherapy, radiation and clinical medications, cell therapy adds a radically new approach to the mix.  Immune cells are removed from the patient – the T-cells – and reprogrammed to identify and destroy cancer cells. The reprogrammed T-cells are then put back into the patient, to find the bad guys and attack.

“You can actually see the T-cells killing cancer under the microscope,” says Dr. Hawkins, who now serves as the CEO and Executive Director of Cellular Therapeutics. “The T-cells sort of glide around the healthy cells, but as soon as it hits the tumor, it sends in its blow like a missile. The tumor literally explodes.”

Dr. Hawkins says that the T-cells’ real super power is in being able to see inside cells – which other therapies like biologics and antibodies can’t – and know which ones are good and should be left alone, and which ones are cancer.  And that they don’t tire until they’ve attacked many multiples of cancer cells.

Those cells have included the malignant melanoma cells of a teenage boy, whose case was sent to the hospital after many prior treatments – chemo, targeted drug therapy, treatment with antibodies – hadn’t worked. The boy had metastases in his brain and the tumors were growing in his lungs and the middle of his chest, making it hard to breathe. In one last effort, the medical team agreed to try cell therapy.  His T-cells were isolated in the lab and incubated for several days, until they had sufficiently grown in number. These new reprogrammed T-cells were packaged into an injectable dose of cells and administered under the doctor’s supervision to attack the melanoma and metastases in the boy’s body.

Today it’s been more than four years since this teenager, who wasn’t responding to other forms of therapies, was given weeks to live. Almost immediately after receiving cell therapy, his tumors began to shrink, including the one in his lung. About a year after, his tumors had disappeared completely.

“Every patient’s treatment is different,” says Dr. Neill Mackenzie, Chairman and Non-Executive Director of Cellular Therapeutics, who has seen many cases like that of this teenage boy during his time leading the advances into this new field of medicine. “It’s an entirely new and effective form of cancer therapy that has saved a good percentage of patients. Not all see a complete disappearance of tumors, but I would say more than 50 percent see a major reduction and get better.”

Such results beg the question: why isn’t every cancer patient undertaking cell therapy? Why is the field still in a relatively nascent stage of development?

One major reason, according to most experts involved in the field, is because scaling treatment for cell therapy is hard and complicated. Each individual therapy is handmade specifically to each patient, such as the teenage survivor of melanoma. 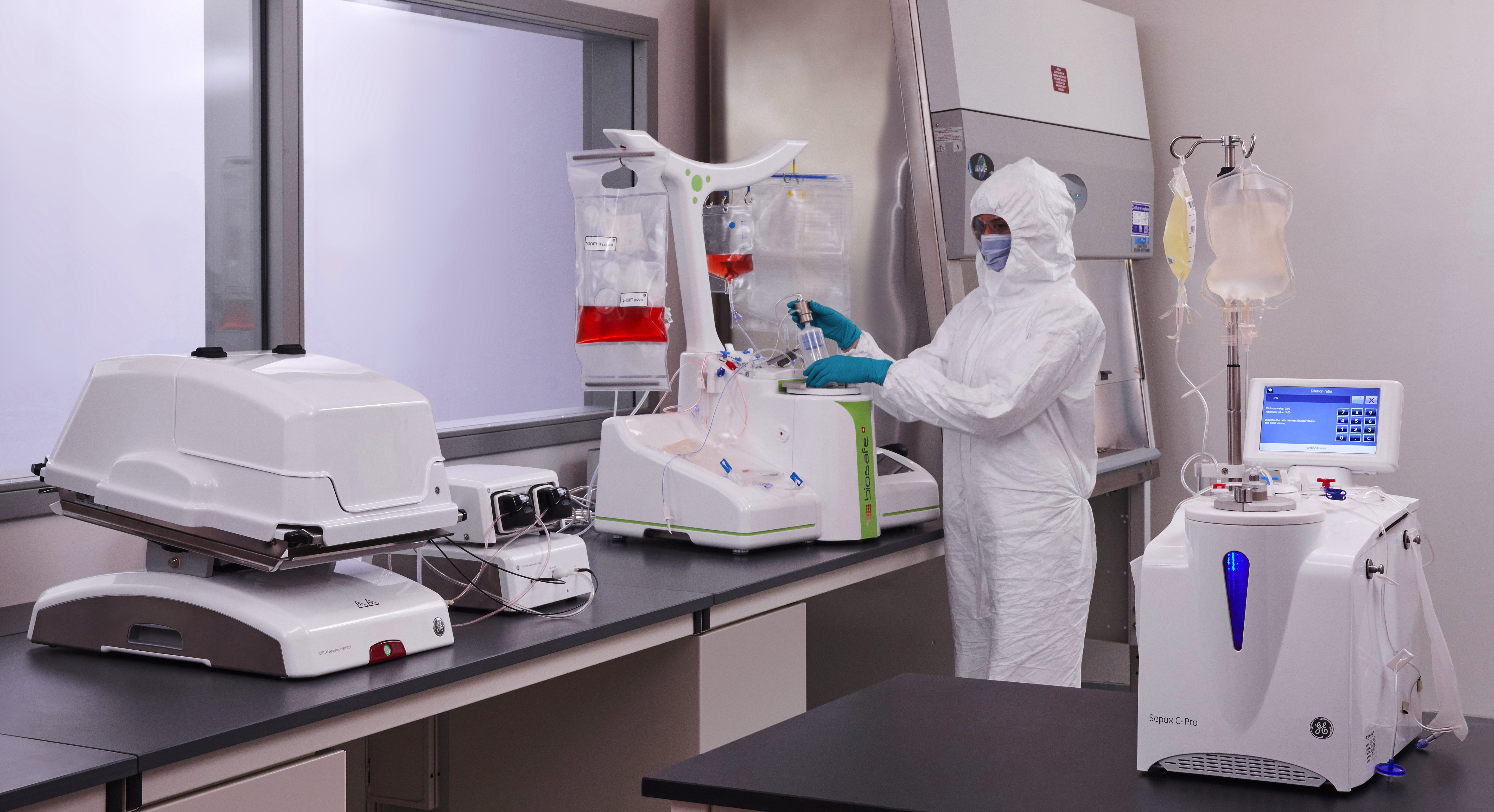 The process required to extract, transfer, grow and replenish T-cells involves high-tech, advanced technology and many materials, including quality-checking systems, solutions that can freeze and preserve the cells during transit to and from the patient, and data solutions that track cells to maintain chain of custody (making sure the right cells get back to the right patient). It must all be done in an extremely sterile environment or using systems that are closed to the outside world.

Because the field is relatively uncharted, researchers have traditionally gone about bringing in this sheer scope of materials needed in an almost DIY fashion – sourcing different pieces from different places and then bringing them all together in their home lab on their own.

It has gotten the job done, but as the volume of cell therapy patients increases, a more sophisticated approach will be the code to finally bringing personalized medicine to industrial-strength life.

Dr. Hawkins and Dr. Mackenzie have taken one step in this direction, outfitting their lab with the Xuri Cell Expansion System, a bioreactor that serves a step in the manufacturing process – growing cells – with a small physical footprint in the lab.

Perhaps the biggest leap yet came at the end of last year, with the announcement that GE Healthcare would bring Biosafe Group SA, an integrated supplier of cell bioprocessing systems, into its Life Sciences division, which has been rapidly growing its ability to provide an ecosystem of tools, solutions and services for cell therapy.

This brings the cell therapy industry closer to one integrated, start-to-finish solution that cell therapy providers can bring into their labs to manufacture these treatments. It means researchers can focus on engineering, testing, and perfecting cell therapies for patients instead of procuring disparate bits of equipment to make the process work.

It means that, very shortly, the medical world may finally be able to scale and industrialize the production of individual, breakthrough cell therapies to effectively treat hundreds of thousands of patients, rather than just a few.

“The end goal is to get these therapies even smarter, to engineer the T-cells taken from tumors to be even more effective in attacking a wider range of diseases,” says Dr. Mackenzie.

T-cells, it seems, are saving lives. Now, finally, they could be saving the day in many more labs near you.

Cancer should be very afraid.