Silicon Dreams: A Technological Breakthrough to Let Doctors Peer Inside the Body with Startling Clarity

Silicon Dreams: A Technological Breakthrough to Let Doctors Peer Inside the Body with Startling Clarity

Wilhelm Röntgen had no inkling that he was about to revolutionize how doctors diagnose and treat injuries and disease. In 1895, the German physicist and future Nobel Prize winner was experimenting with an electrified glass vacuum tube when he noticed that it produced mysterious rays — X-rays, he called them — that could pass through solid objects, including his wife Anna’s hand. “I have seen my death,” she reportedly said after seeing a photograph of the bones inside her palm and fingers.

The field of radiology was born. Röntgen’s discovery quickly galvanized many brilliant minds around the world, including that of GE co-founder and first chief scientist Elihu Thomson. Thomson built upon Röntgen’s breakthrough and within a year designed an X-ray machine that could be used for “diagnosing bone fractures and locating foreign objects in the body.” It was also Thomson who pushed GE to open its GE Research labs. The scientific institution allowed another brilliant GE scientist, William Coolidge, to invent the modern X-ray tube that has made it possible to scan a patient for a broken bone in just about any hospital or clinic today. Coolidge’s tubes also lie at the heart of the X-ray machine’s even more powerful cousin, the computed tomography (CT) scanner.

Now, engineers at GE Research along with their colleagues at GE Healthcare hope to alter radiology’s course once again. The researchers have found a way to vastly expand CT’s already impressive imaging powers. The team invented a new way to capture and analyze the X-rays passing through the body and potentially render them into minutely detailed images of the heart, say, or of nodules inside the lungs. They say their method is designed to enable doctors to see deep inside the human body with greater clarity and specificity while exposing patients to less radiation than traditional CT scans.

Their approach, which took decades to develop, uses a technique called photon counting and involves hypersensitive X-ray detectors made of “Deep Silicon” technology — a critical component that was difficult to develop. “We believe this technology has the potential to be a substantial step forward for CT imaging that will benefit millions of patients worldwide,” says Kieran Murphy, former president and CEO of GE Healthcare.

In fact, the promise of the technology is so momentous that GE Healthcare acquired Prismatic Sensors, the partner that found the way to make the Deep Silicon detector, in January 2021. This marked GE’s first acquisition since Larry Culp joined the company as chairman and CEO in late 2018. “Silicon is by far the purest material produced for use in detectors, and this provides a very clean signal,” said Prismatic CEO Mats Danielsson. “With Deep Silicon you can count the photons very efficiently with unprecedented energy resolution.” 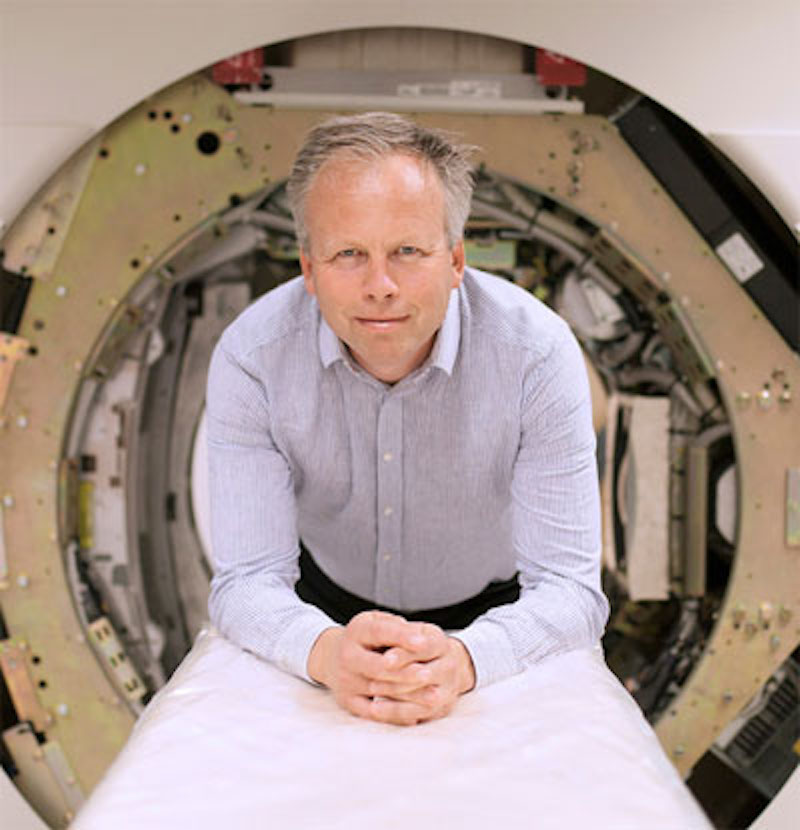 The breakthrough technology could not only allow doctors to visualize organs down to the finest structural details, but it potentially could also help them analyze lesions, tumors and other suspect structures they may encounter along the way. “Spatial resolution, the ability to detect and differentiate even the smallest clinical features, is one of the biggest potential benefits,” says Bruno De Man, technology manager, who leads GE Research’s radiation imaging team, which was key in this development. “Spatial resolution combined with energy resolution has the potential to significantly impact clinical performance for oncology, cardiology, neurology and many other clinical CT applications. For example, accurate characterization of lung nodules helps doctors determine whether they are malignant or benign. Or when people suffering from cardiovascular diseases have plaque, providing clinicians the details of the plaque facilitates their accurate diagnosis. Or they can image bone microstructure for osteoporosis patients to help determine fracture risks. Those are just three examples of applications that may benefit from this technology.”

Scientists and engineers have been trying to perfect photon-counting CT, the technology at the heart of the breakthrough, since the early 1990s. De Man, a CT expert with a Ph.D. in medical imaging, became smitten by its potential soon after he arrived at GE Research from his native Belgium in 2001 and joined the team that led the early photon-counting developments. To understand how photon-counting CT works and why it holds the promise to shake up radiology, it helps to know how regular CT scanners operate. 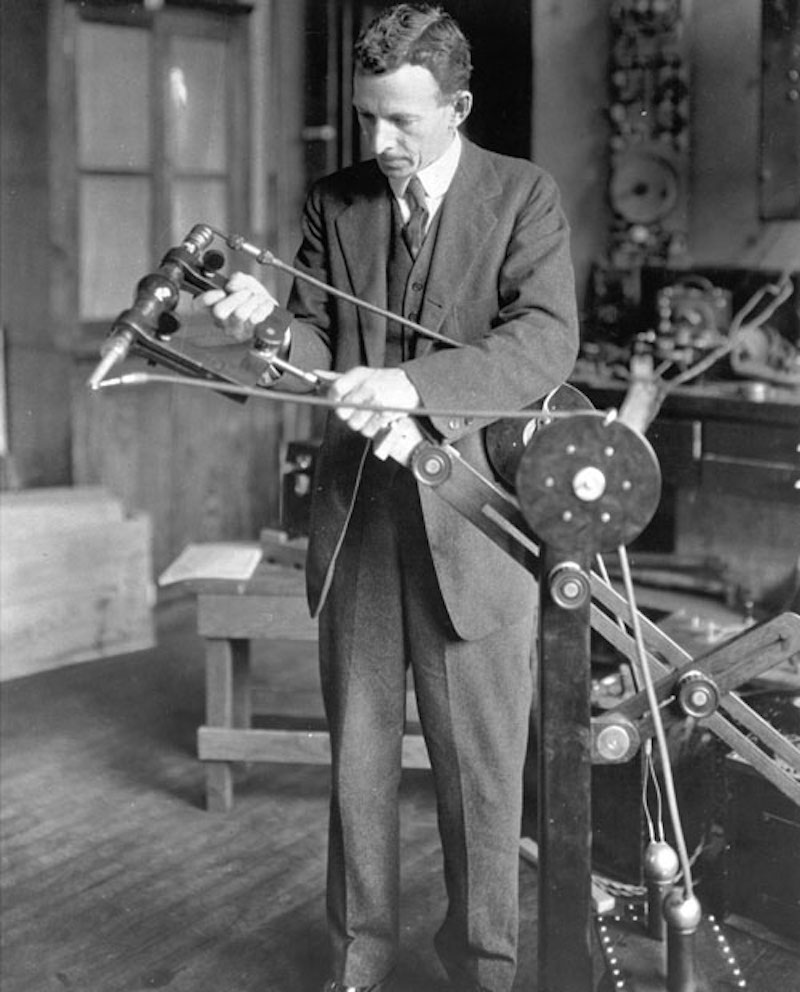 First introduced some 50 years ago, CT scanners use X-rays to make cross-sectional images of the human body, slicing it virtually like a loaf of bread. They use detectors to make billions of measurements per second of the total intensity of the X-rays passing through a patient and then use the information to reconstruct images of the inside of the body. With a CT scanner, you could see the number, size and position of the holes in a loaf of bread without actually cutting it open. And physicians can spot a tumor mass inside a patient’s body. But even CT scanners may run up against limits like resolution and radiation dose.

Enter photon-counting CT technology, which does a few things differently.[*] Rather than just measuring the total intensity that comes through, the detector counts individual X-ray photons and determines each photon’s energy. “It's not very different from an ordinary camera for visible light,” Danielsson said. “It’s just that the energy is higher. We count all of the photons and measure their energy one by one, providing more information, which is an advantage for physicians when they read the reconstructed images to look for potential cancers and other diseases.”

De Man says that it is each photon’s quantitated energy information that allows the CT scanner to potentially characterize tissues inside the body more accurately than with traditional technologies. “This is the first big benefit,” he says. “We are not just imaging the density of materials, but we can evaluate what materials compose the tissues. This type of information can aid doctors in their diagnosis for a wide range of disease states.”

The second important step forward, De Man says, involves the size of the individual detector cells. Building on Prismatic Sensors’ silicon breakthrough, the team has assembled the detector from thousands of tiny silicon modules, each a fraction of the size of the existing industry-standard detector cell size. “Normally a CT image has about half-millimeter resolution, but now the spatial resolution can potentially be twice or three times as good, which is important for visualizing even the smallest features,” he says. 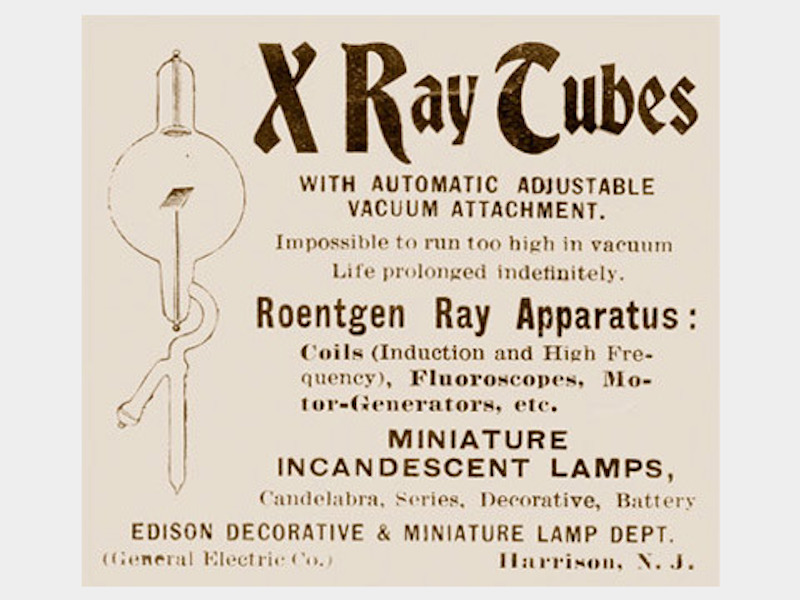 The detector also counts the arriving photons digitally — one, two, three — an approach that allows the team to potentially reduce image noise and improve image clarity and may enable reducing the radiation dose. “We believe we can virtually eliminate the impact of electronic noise,” De Man says. “We measure each photon and its energy so we can assign a weighting to it. For example, this can allow the user to emphasize the low-energy photons, which carry more information and potentially improve the contrast-to-noise ratio in the images.”

But the silicon detector was just one part of the puzzle. The team includes experts in mathematics, statistics and even quantum physics. They developed software that processes the billions of measurements and turns the captured and counted photons into a picture that a doctor can understand. “All these underlying algorithms are complex, but if you do it cleverly, you can extract as much information as possible,” De Man says.

This is a long way from where the project began. Scientists at GE Research started looking at photon-counting detectors in the early 1990s. They experimented with building detectors from materials like cadmium-telluride (CdTe) and cadmium-zinc-telluride (CZT), which work well in nuclear imaging. But it was a difficult journey. “I remember when I first joined GE Research, some detector experts argued that photon counting will never work, while others were saying the opposite, and they kept pushing and pushing,” De Man says.

Eventually GE scientists built the world’s first photon-counting CT prototype, using a CZT detector. GE unveiled it in 2006 and used it to scan patients the year after as part of a clinical research study. In the meantime, many research groups around the world had also started to explore photon-counting CT using the same materials for detectors.

But the photon-counting scanner never took off; the main limitation was the detector material. “We always knew that cad-tell CdTe and CZT had their challenges,” De Man says. “They are really great materials for nuclear medicine, where the count-rate requirements are not as high as in CT. But for CT the requirements are just too high. Impurities lead to instabilities and to limits on the count rate — how fast you can count photons.”

The GE team had always liked silicon because of its purity and also because the semiconductor industry has largely worked out how to mass-produce parts made from the material. But making a CT detector from it was a long shot. The biggest challenge, perhaps, involved silicon’s relatively poor ability to stop the arriving X-ray photons. Where the CZT modules were just a few millimeters deep, the silicon version had to be much deeper.

But then, in 2015, a chance encounter brought GE scientists together with Danielsson, who flipped the problem on its head — or rather, on its side. He and his colleagues figured out that turning the silicon modules sideways — on their edge — and measuring the Compton interactions so they could contribute to the image solved the problem. “It wasn’t until we heard about the edge-on approach that Mats and the Prismatic Sensors team came up with that the major challenge was addressed so we can use silicon and still detect all X-rays,” De Man says.

For his part, Danielsson was looking forward to Prismatic Sensors becoming part of the big GE family. “Over those years, we really got to know the GE team extremely well,” he says. “[We worked] very close together. So we got used to solving difficult problems and getting work done together.”

And they continue to do just that. In November 2021, GE Healthcare — along with Karolinska Institutet and MedTechLabs — announced the world’s first clinical evaluation of its novel photon-counting CT technology with Deep Silicon detectors, marking a significant moment in the new technology’s development.

“While the system’s cover may look familiar, its potential capabilities are totally different — enabling us to image small blood vessels and vascular pathologies as well as see malignant changes at an earlier stage when treatment can be more effective,” explains Staffan Holmin, professor at Karolinska Institutet, consultant at ME Neuroradiology at Karolinska University Hospital and clinical evaluation leader responsible for testing and optimizing the technology. “I’ve been fortunate to work with this technology for several years — back when it was being developed with Prismatic Sensors — and believe it has the potential to improve diagnostics and consequently the therapeutic outcomes for a whole range of conditions. CT scanners are standard in hospitals today, but this new apparatus represents a huge advancement for the future. It’s a real ‘quantum leap.’”

“The potential of this technology is great, and we are excited to assist with its continued development,” adds Clara Hellner, chair of MedTechLabs. “We established our CT lab in BioClinicum, Karolinska University Hospital, for this exact purpose: to enable clinical studies to be carried out that verify the new technology now and into the future. This pilot study marks an exciting first step in the evolution of photon-counting CT with new, breakthrough detector technology — which has the potential to someday benefit millions of patients worldwide.”

[*] Technology in development. Not for sale. Not cleared or approved by the U.S. FDA or any other global regulator for commercial availability.