Scientists at Columbia University have developed a new technique to rapidly grow adult-like human heart muscle from blood-derived human induced pluripotent stem cells (iPSCs). The technique involves culturing the cells in an organ-on-a-chip device and subjecting them to mechanical stimulation. Using their method, the researchers were able to grow adult-like human heart muscle in just four weeks, which is significantly faster than the nine months this process typically takes. The cultured heart muscle could help researchers to better understand cardiac disease and test cardiac drugs in the lab.

While scientists can grow human heart muscle-like tissue from blood-derived iPSCs, typically this cultured tissue does not show many of the critical hallmarks of authentic human heart tissues. In addition, the process is long and expensive, taking up many months before the tissue is "mature".

The  group at Columbia University decided to use early-stage "cardiomyocytes" derived from human iPSCs. "The common approach in our field has been that the more mature the starting cardiomyocytes, the better," said Kacey Ronaldson-Bouchard, a researcher involved in the study. "However, we found that very early-stage cells, which still have developmental plasticity, would respond better to the external signals we deliver to drive maturation."

The researchers cultured the cells in an organ-on-a-chip device, which allowed them to apply an electrical charge to the culture to encourage them to pull against two plastic pillars, providing a mechanical work-load that mimics what happens in healthy heart tissue in the body. The team increased this mechanical stimulus gradually over time, to allow the tissue to adapt and develop over the culture period, similar to what might happen when heart cells increase their workload as the fetal heart progresses to an adult heart.

The resulting tissue showed important biological hallmarks of mature adult tissue, and progressed to this stage in just four weeks. "The resulting engineered tissue is truly unprecedented in its similarity to functioning human tissue," said Seila Selimovic, from the National Institutes of Health body that funded the research. "The ability to develop mature cardiac tissue in such a short time is an important step in moving us closer to having reliable human tissue models for drug testing."

The bioreactor technology developed by the researchers allowed them to measure a variety of tissue properties, including calcium signal propagation and the frequency and force of the tissue contractions. The team could also assess how the cultured tissue responded to drugs, suggesting the technology is highly amenable to cardiac drug screening tests. 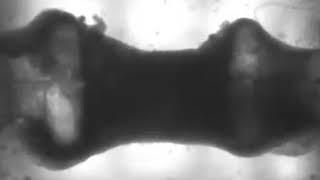 The views expressed in content distributed by Newstex and its re-distributors (collectively, "Newstex Authoritative Content") are solely those of the respective author(s) and not necessarily the views of Newstex et al. It is provided as general information only on an "AS IS" basis, without warranties and conferring no rights, which should not be relied upon as professional advice. Newstex et al. make no claims, promises or guarantees regarding its accuracy or completeness, nor as to the quality of the opinions and commentary contained therein.

This article was written by Conn Hastings from Medgadget and was legally licensed through the NewsCred publisher network. Please direct all licensing questions to legal@newscred.com.