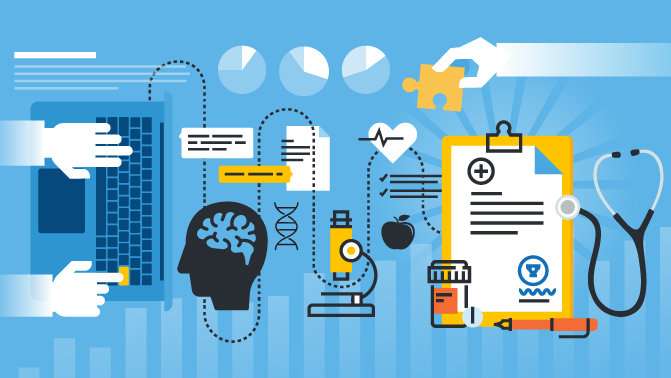 New medicines to fight heart disease, updated guidelines for strokes and high blood pressure, and research into genome editing are among the top heart disease and stroke advances in 2017, according to the American Heart Association and American Stroke Association.

The AHA, one of the top funders of heart- and stroke-related research worldwide, has been compiling an annual top 10 list of major advances in heart disease and stroke science since 1996. Here, in no particular order, are the organization's picks for leading research accomplishments published in 2017.

Advancing the treatment of strokes

Following publication in 2017 of the DAWN study in The New England Journal of Medicine showing benefits of mechanical clot removal for longer periods after a stroke starts, the AHA/ASA released new guidelines for treating acute ischemic stroke. The guidelines were released at the International Stroke Conference in January 2018 and included additional data from DEFUSE 3, also presented at the meeting.

The new guidelines, published in the journal Stroke, say the clot-removal treatment window may be increased from six hours to up to 24 hours for specific patients who have clots in large vessels in the brain. The guidelines also increase the number of patients who will have access to a clot-dissolving drug proven to lower the chances for disability. The guidelines reiterated the need for fast action when a person shows the symptoms of a stroke, the second-leading cause of death in the world and a leading cause of disability.

A study in Nature suggests genome editing could be used to correct disease-causing mutations in the heart muscle of human embryos. Researchers focused on the MYBPC3 gene – which provides instructions for making a protein found in heart muscle cells and causes a form of inherited hypertrophic cardiomyopathy – and used new approaches to allow safe and accurate correction of the abnormal gene.

While early, this research furthers the potential for genome editing to correct mutations that pass from parent to child.

For children, "normal" blood pressure varies based on gender, age and height. So for years, doctors had to refer to sets of charts to calculate whether a child's blood pressure was normal or high.

Last August, the American Academy of Pediatrics simplified the process by issuing updated guidelines for diagnosing, evaluating and treating children and adolescents with high blood pressure. The guidelines, published in Pediatrics, provide a short, easy-to-understand table that uses a child's age and gender to determine whether blood pressure is elevated or not.

The AHA and American College of Cardiology released new guidelines for adults last November that redefined what should be classified as high blood pressure, also known as hypertension. Experts looking at the newest data defined hypertension as a reading of 130 (for the top, or systolic, number) or 80 (for the bottom, or diastolic, number). In the past, hypertension was defined as 140/90.

The change means 46 percent of U.S. adults are identified as having high blood pressure, compared with 32 percent under the previous definition. Lifestyle changes alone, without the need for medication, are recommended for the majority of Americans with newly diagnosed high blood pressure, according to the guidelines.

Previous research has shown that low household income can adversely affect patients' health, but a new study found the health of some African-American teenagers was particularly impacted five years following the Great Recession that lasted from 2007-2009.

The study, in the Journal of the American Heart Association, found that 16- and 17-year-olds in the rural U.S. Southeast whose families suffered a financial downturn after the recession showed higher rates of metabolic syndrome, a cluster of disorders that may include abdominal obesity, high blood pressure, high blood sugar and high cholesterol. The results suggest the need for secondary prevention efforts for teens, including lifestyle modification, during and after a large-scale economic decline.

Health researchers have focused a lot in recent years on so-called food deserts: low-income neighborhoods with low access to healthy food. But a new study found that it's not so much the "desert" itself as it is low income in general that is linked to poor heart health.

The study, in Circulation: Cardiovascular Quality and Outcomes, studied food deserts in metro Atlanta and found people who live there have higher rates of cardiovascular risk factors such as oxidative stress, inflammation and arterial stiffness. However, researchers concluded these associations are mostly due to low income of the area and its residents rather than proximity to a grocery store – a finding which could impact the future use of public health resources in poor neighborhoods.

A study in The New England Journal of Medicine found that the new injectable cholesterol-lowering drug evolocumab can reduce heart attacks and strokes among high-risk patients. The FOURIER study – paid for by Amgen, which makes and sells the PCSK9 inhibitor evolocumab under the brand name Repatha – showed that the drug cut the risk of having a heart attack, stroke or dying from a cardiovascular cause by 20 percent when added to intensive statin therapy.

The study reported that Repatha lowered "bad" LDL cholesterol by about 60 percent, to a median of 30.

A large international study in Circulation showed lower rates of death and heart failure for diabetes patients treated with the SGLT2 inhibitors canagliflozin, dapagliflozin or empagliflozin, compared with other glucose-lowering drugs. The CVD-REAL study – paid for by AstraZeneca, which markets dapagliflozin under the brand name Farxiga – looked at more than 300,000 patients with Type 2 diabetes in the U.S., the U.K., Denmark, Norway and Sweden. The results suggest SGLT2 inhibitors may benefit a broad population of patients with Type 2 diabetes.

According to a study in The Lancet, combining low doses of the blood thinner rivaroxaban and aspirin is more effective than aspirin alone in preventing cardiovascular deaths, heart attacks, strokes and major amputations for people with peripheral artery disease, or PAD.

The 33-country COMPASS study looked at 7,470 patients with PAD, a narrowing of the peripheral arteries to the legs, arms, stomach and head. Although major bleeding increased with the combination therapy, fatal or critical organ bleeding did not. Researchers said the new approach is a major advance in treating patients with peripheral artery disease.

A new treatment for fighting inflammation and reducing cardiovascular events

Scientists have long believed that reducing inflammation may reduce the risk of heart disease. The CANTOS study published in The New England Journal of Medicine looked at more than 10,000 high-risk patients who previously had heart attacks and found that canakinumab, a monoclonal antibody that targets interleukin-1 beta and blocks inflammation, significantly lowered their rate of having or dying from a heart attack, stroke or other cardiovascular cause. Although the drug did not reduce overall deaths from any cause and was associated with significant side effects, the principle underlying the use of a specific anti-inflammatory antibody is important.

Aortic stenosis – a narrowing of the aortic valve opening – is a common and serious valve disease problem. For patients with severe aortic stenosis at high risk for surgical complications, a procedure called transcatheter aortic-valve replacement, or TAVR, that can be done through a catheter rather than with open-heart surgery, is already an accepted alternative.

The SURTAVI study in The New England Journal of Medicine looked at severe aortic stenosis patients at intermediate risk for complications from surgery and found TAVR to be a viable alternative for them as well.


The views expressed in content distributed by Newstex and its re-distributors (collectively, "Newstex Authoritative Content") are solely those of the respective author(s) and not necessarily the views of Newstex et al. It is provided as general information only on an "AS IS" basis, without warranties and conferring no rights, which should not be relied upon as professional advice. Newstex et al. make no claims, promises or guarantees regarding its accuracy or completeness, nor as to the quality of the opinions and commentary contained therein.