What to Expect When You’re Expecting Twins 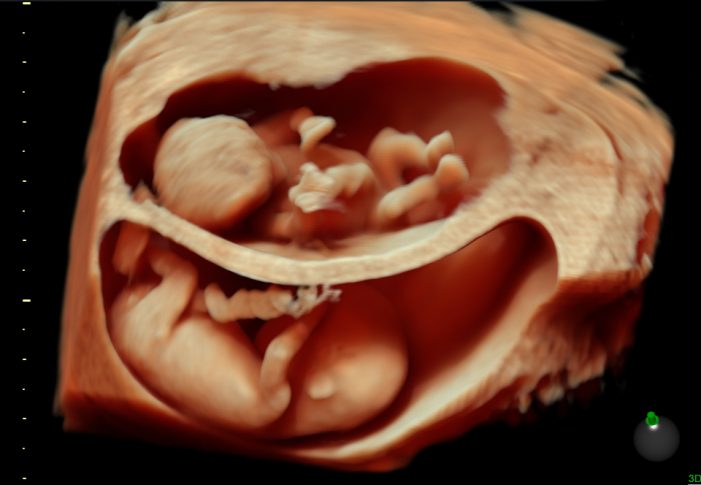 They say twins are double the trouble but with more than 11,000 multiple births every year in the United Kingdom[1], they are also double the joy for expectant mothers. At the same time, a multiple birth is more likely to carry risk to the mother and the babies as twins are more likely to be born early and need special care after birth[2]. The UK’s Tamba (Twins and Multiple Births Association) charity has found a way to help improve the chance of survival for these little ones by developing twin growth charts.

Until now, hospitals measured twin babies using singleton growth charts. Clinicians had to use their best judgement to decide how the babies were progressing, explains Dr. Asma Khalil, consultant obstetrician and leading multiple birth expert at St George’s Hospital in London, where they are using the twin growth charts.

“The difficulty with [using singleton charts] was identifying the difference between babies which were truly small because they were not developing properly versus twins who are normally small,” explains Dr. Khalil. “This problem was amplified because the only data available to measure the babies was based on singleton pregnancies only,” she said. 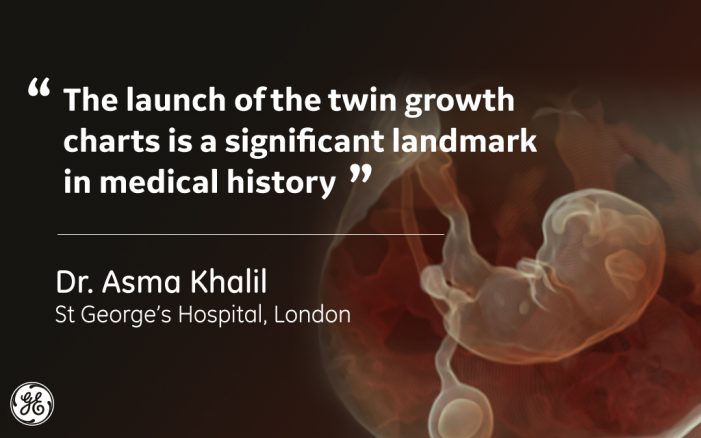 That changed this week when Tamba launched what’s known as twin growth charts designed specifically with the unique growth rate and characteristics of twins in mind.

By using these twin growth charts, clinicians can better diagnose significant growth restrictions rather than estimate foetal weight and any potential discrepancies[3]. Incorrectly diagnosing twins as “too small” can not only cause anxiety for parents but can also result in babies being delivered too early.

“The launch of the twin growth charts is a significant landmark in medical history,” said Dr Khalil.

“I find it reassuring that my twins are being measured during pregnancy against charts that have been specifically designed for twins,” Mala said. I’m also very excited to part of this world first.”

These bubbles are actually a twin pregnancy. Each of the amniotic sacs has a six-week-old embryo inside.

The research project to develop the growth charts was funded by twin parents across the country thanks to Tamba’s major fundraising appeal. The charts are available through GE Healthcare’s software ViewPoint and are used alongside other data and findings before any treatment is recommended.

“For us to deliver early when there isn’t a reason can result in causing potential harm to the babies. The benefit of the growth charts will be protecting babies from the risk of dying better than the single growth charts. 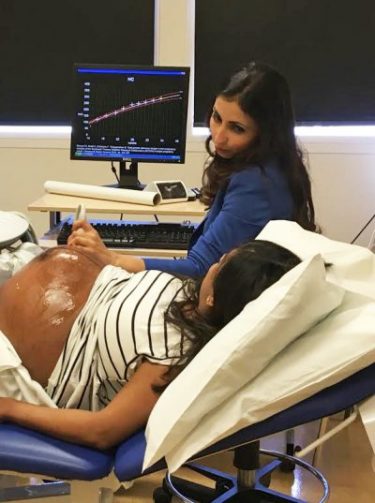 “Not only will it save twin lives, it will also reduce the number of babies needing neonatal care after birth. About 50% of multiple birth babies need some form of special unit treatment once they’re born but with these new twin growth charts we’re hoping to reduce that statistic considerably,” said Dr Khalil.

Tamba CEO Keith Reed said that each family who made a contribution could credit themselves with being part of a unique project: “Twins born in the future are now safer, will receive superior care and will have a better start in life thanks to this incredible achievement.”