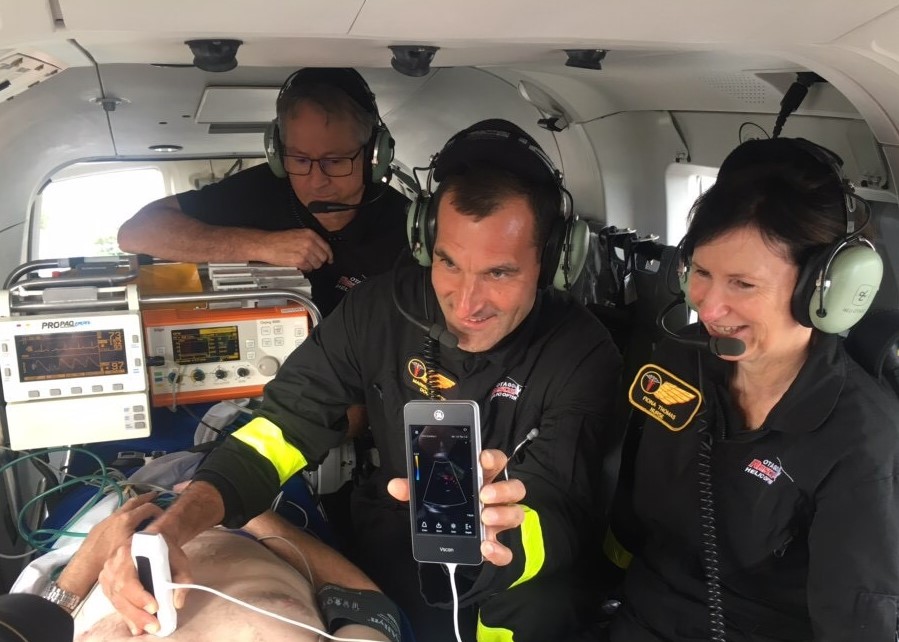 And while the scenery of this Lord of the Rings landscape is stunning, its unreliable roads can make it difficult to quickly reach a hospital in an urgent situation. Fortunately, the Otago Regional Rescue Helicopter provides emergency rescue services to people and communities across the lower South Island 365 days a year. 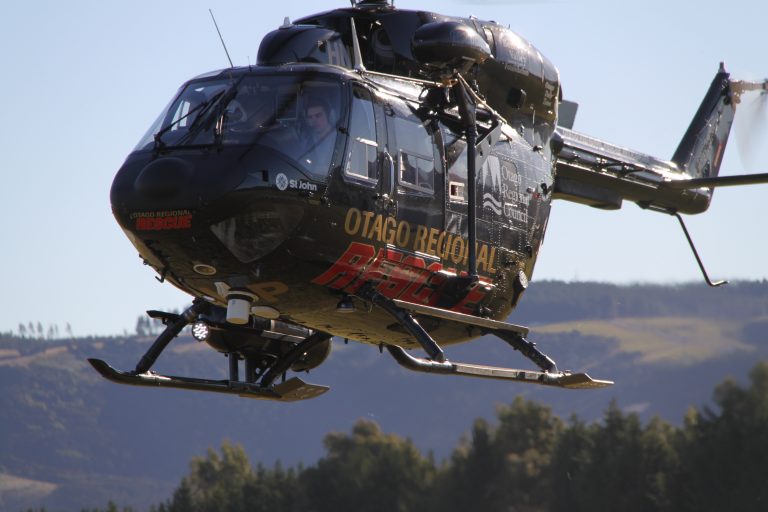 In the hands of an aeromedical paramedic or emergency specialist, ultrasound is most often used to “see” under the skin and evaluate the heart.

It’s particularly beneficial on a helicopter, where seeing provides greater clarity than listening. “It’s so difficult to use a stethoscope, with the noise and the vibrations,” says intensive care specialist, Dr. Markus Renner.

The Vscan Extend™ is the size of a smartphone and has a dual probe, which enables clinicians to make focused assessments and accelerate treatment decisions at the point of care. “The system is small, lightweight, and affordable,” says Renner. 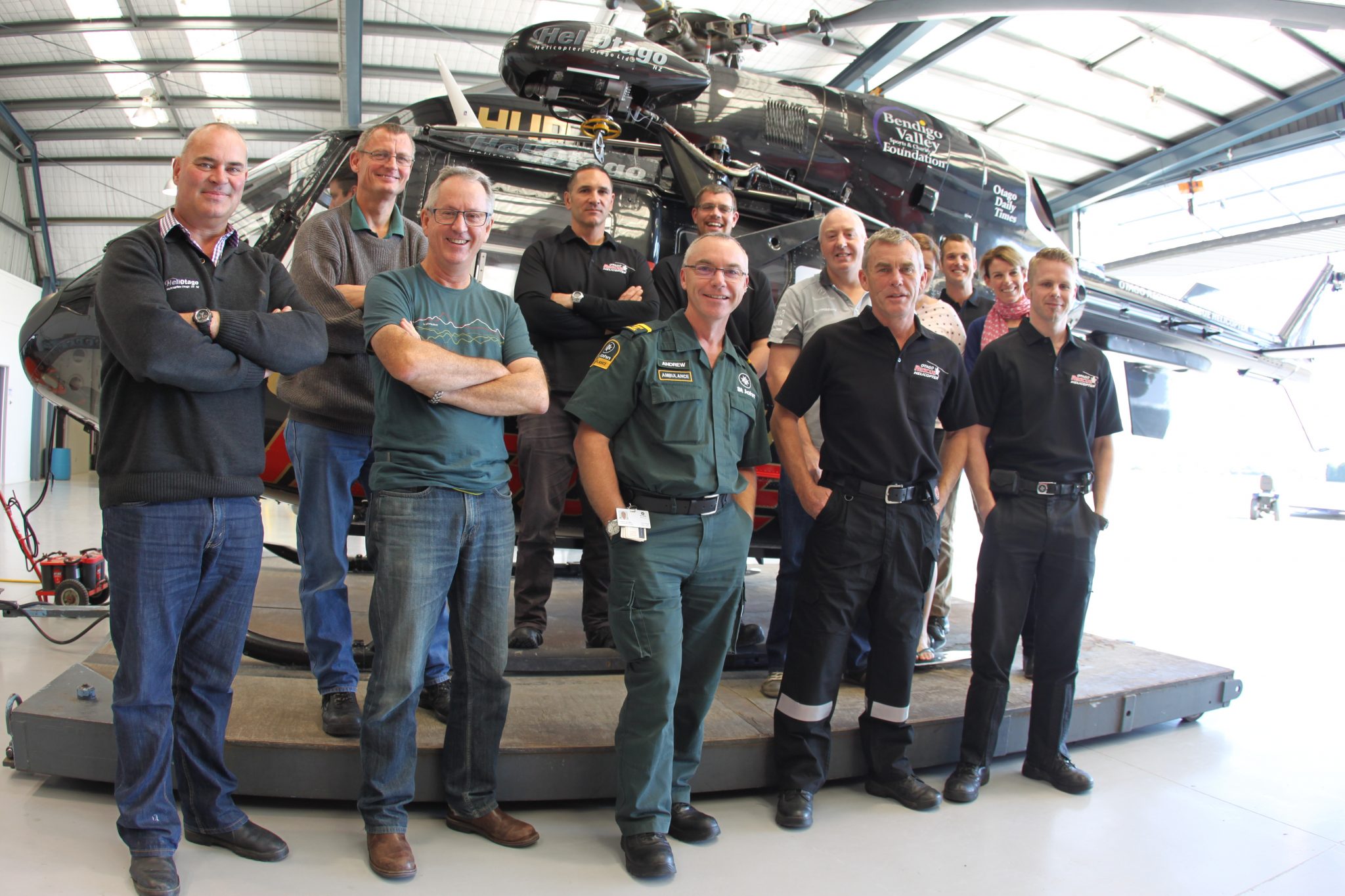 Renner is an advocate for the use of ultrasound in medical emergencies, “There were several indications for using portable ultrasound in the helicopter.” These included both diagnostic applications such as assessing cardiac activity, and checking for internal bleeding, thoracic injuries or pulmonary embolism (blockage of an artery in the lungs) and interventions, such as easily locating veins to apply intravenous medications to pediatric patients.

Renner recently treated a patient in shock, who had abnormally low blood pressure and hypoxia — an inadequate amount of oxygen in the blood. “The paramedic at the scene made the reasonable assumption under the circumstances that the patient had pneumothorax (a collapsed lung) and was experiencing progressive buildup of pressure, so he wanted to decompress the chest,” he says.

But the ultrasound showed the lung sliding, eliminating the possibility of pneumothorax, which led the team to look for the actual cause of shock. “With ultrasound, we were able to avoid a procedure that wasn’t indicated,” Renner adds.

He also anticipates cases where ultrasound could lead to the triage of unstable trauma patients who have free abdominal fluid directly from the helicopter to the operating room, rather than first being sent to the emergency department for further diagnostics. “By bypassing the emergency department, you would gain time and hopefully make a difference in the outcomes for those patients,” he says.

In the coming months, Otago Regional Rescue Helicopter Service plans to train its paramedics to use the ultrasound technology, while Dunedin Hospital undertakes more widespread ultrasound training of its intensive-care registrars.

[1] This device has been verified for limited use outside of professional healthcare facilities including during transport. Use is restricted to environmental properties described in the user manual. Please contact your GE Healthcare sales representative for detailed information.