This Doctor is Never in, and That’s a Good Thing

Meet the doctor who is reviving a disappearing practice: making house calls 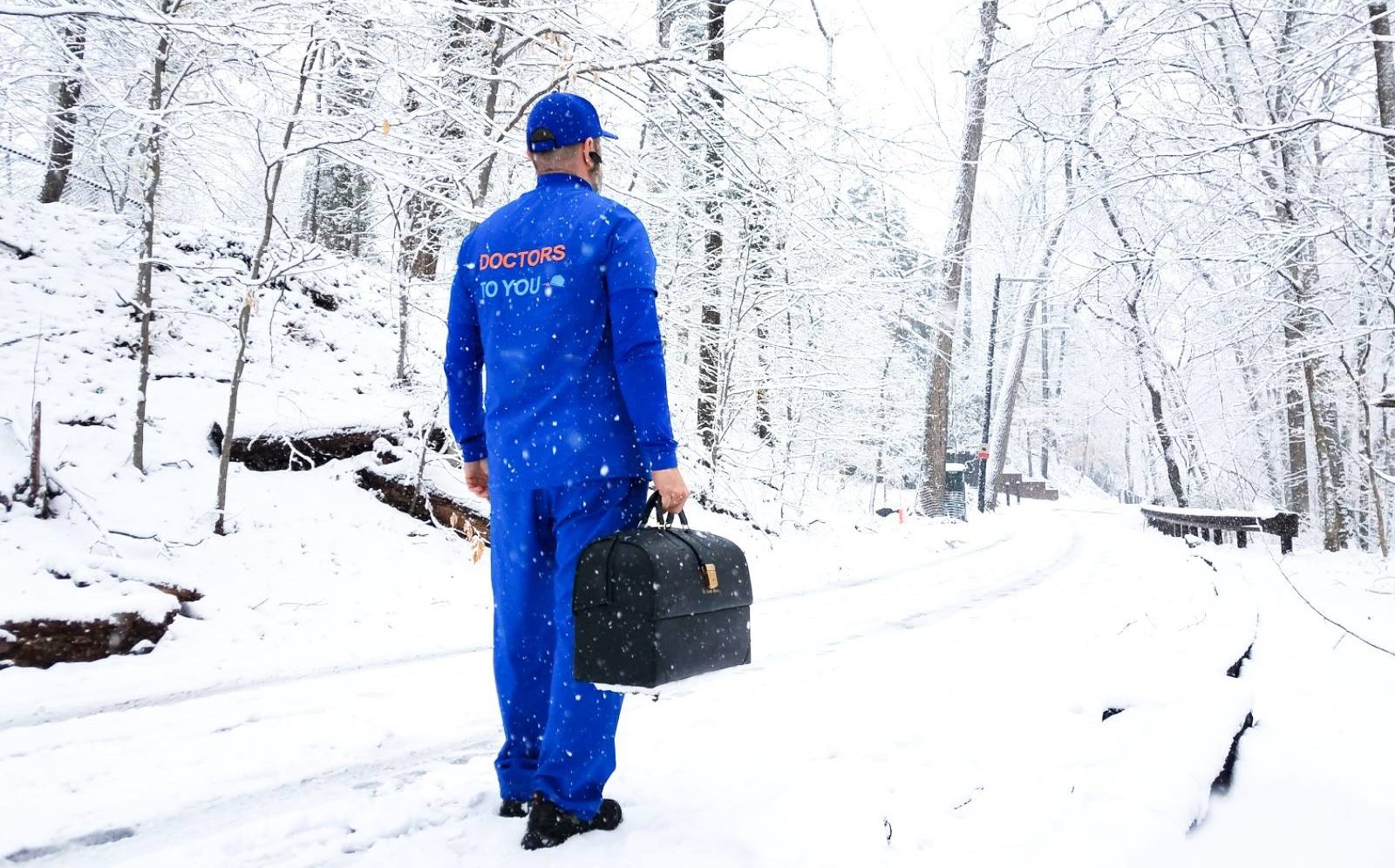 Photo Credit: Doctors To You

Fifteen weeks pregnant, Sarah woke up in the middle of the night to discover she was bleeding. Her husband was traveling. She was alone and frightened.

But she knew who to call. Within an hour, Dr. Ernest Brown was at her house in northern Virginia with a medical kit and pocket-sized ultrasound.

After a brief evaluation, there was enough reassurance that she didn’t feel the need to go to the emergency room right away. She waited until the next day to schedule a visit with her OBGYN, who confirmed that the baby was healthy.

Dr. Brown, a native of Washington, D.C., is a family practitioner with a rare practice: he only makes house visits. He sees patients in their homes, at their office or even at their hotel if they’re visiting from out of town.

“House calls used to be incredibly common. Some of my geriatric patients still remember the name of their doctor who would make house visits,” Dr. Brown says. 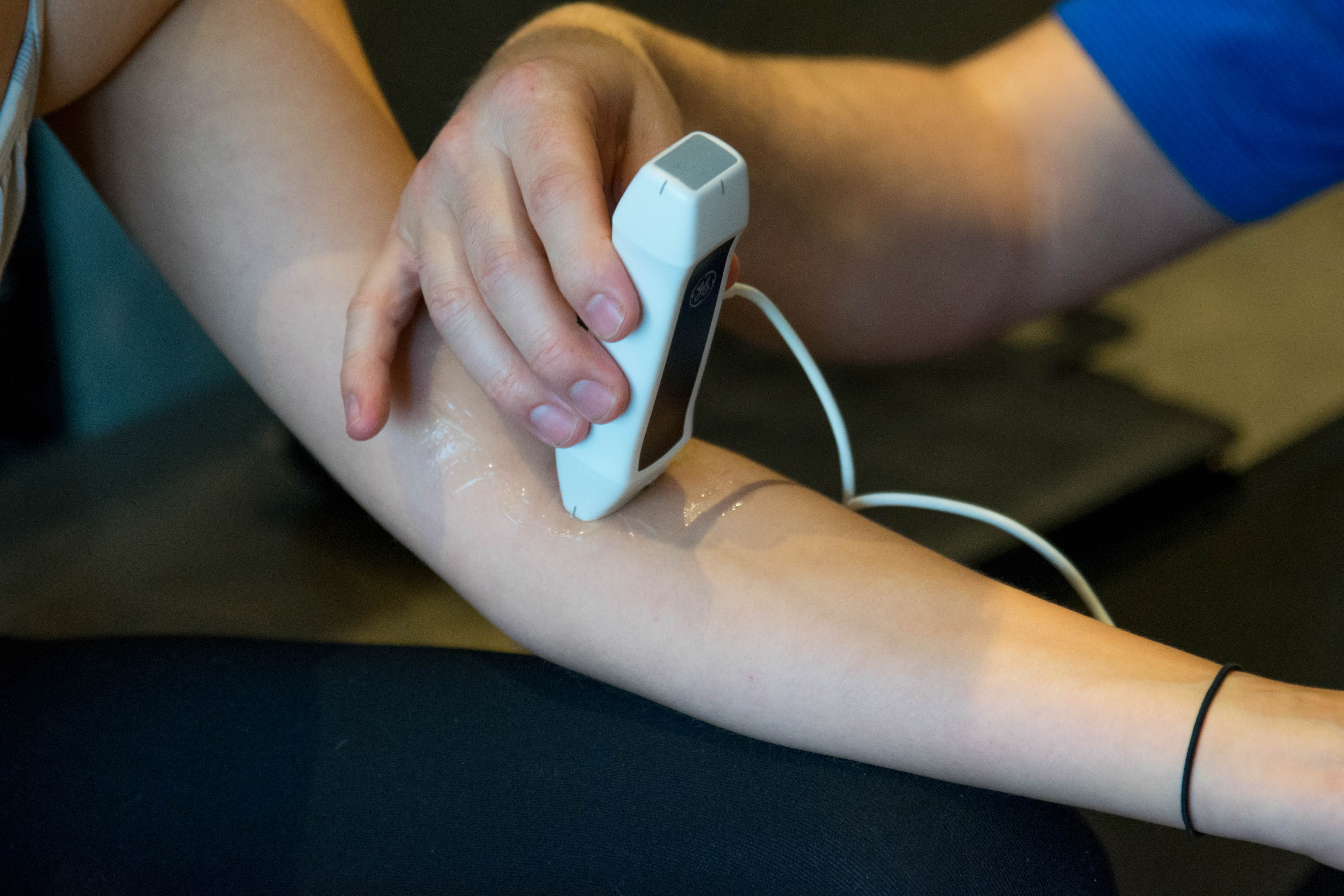 Photo Credit: Doctors To You

There are numerous benefits for both the patient and provider. “It’s private and convenient for the patient,” he adds. “And for us, we can see the environment in which the patient lives, which is so integral to a patient’s health. I can do more in one house call than I could do in all my years in a clinic.”

Dr. Brown has been making house calls for twelve years. In 2015, he founded Doctors To You – a growing organization dedicated to providing more accessible health care through house calls.

As a medical student at Howard University, Dr. Brown was studying to be an emergency medicine physician. During a third-year clerkship, he was mentored by a renowned house call doctor. Dr. Brown saw the direct impact he had on his patients and decided to change course.

“If a patient comes into a clinic, it’s in a very controlled environment,” Dr Brown adds. “With house visits, I have the opportunity to build a direct relationship between the patient and doctor, as opposed to a quick ten-minute visit in a doctor’s office.” 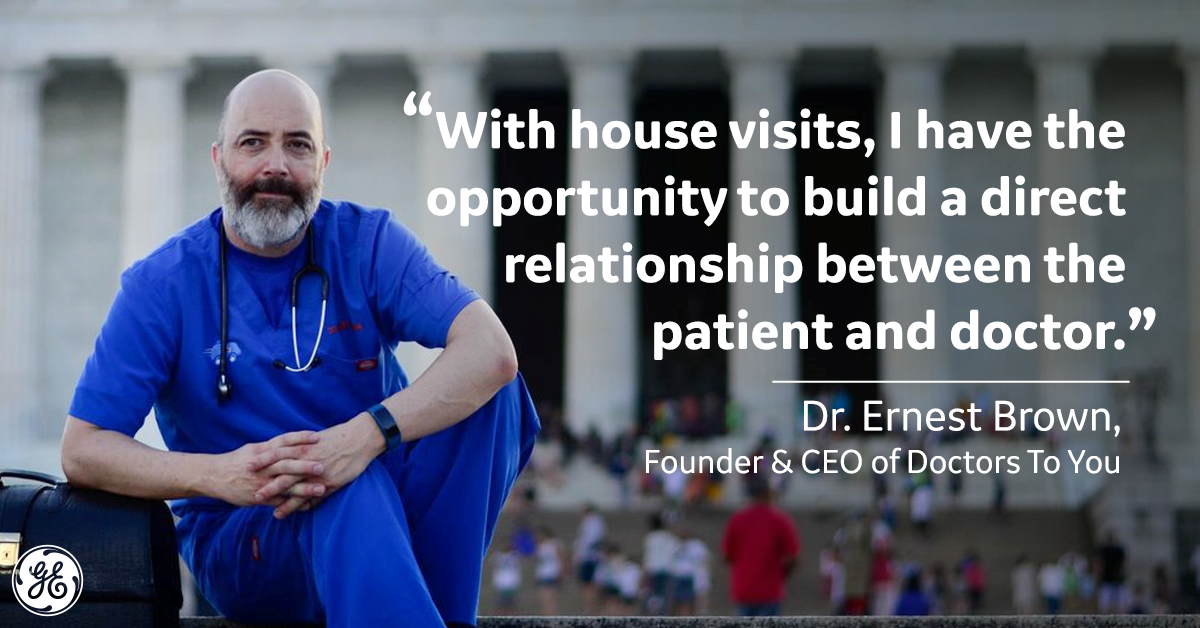 Dr. Brown is equipped with GE Healthcare’s Vscan Extend™, a handheld, pocket-sized ultrasound system that enables clinicians to make focused assessments and accelerate treatment decisions at the point of care.

This was particularly beneficial for an executive at NBC who had been diagnosed with mononucleosis. He had a sharp pain in his abdomen, and was convinced that his spleen was enlarged. The situation was urgent, but he was about to go on air and couldn’t leave the studio. 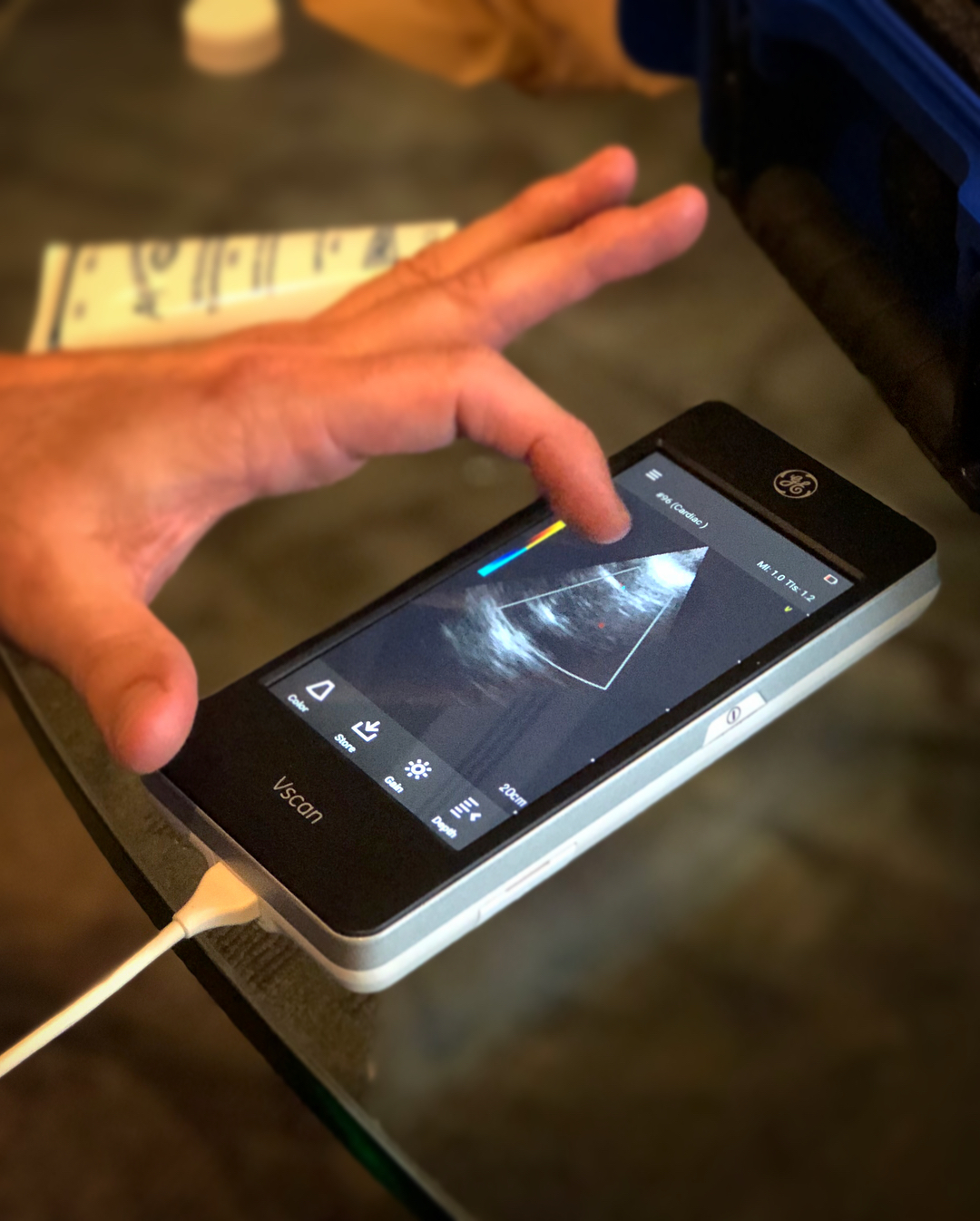 Within an hour, Dr. Brown was at the studio, scanned him with the Vscan Extend™ and determined that his spleen was not enlarged. They started exploring other possible causes of his pain, when Dr. Brown learned that he was drinking about six cups of coffee a day. The conclusion? He was developing a gastric ulcer.

“Doctors To You is more of a movement than it is a business,” Dr. Brown concludes. “We really just want to provide good care and a good experience for patients.”