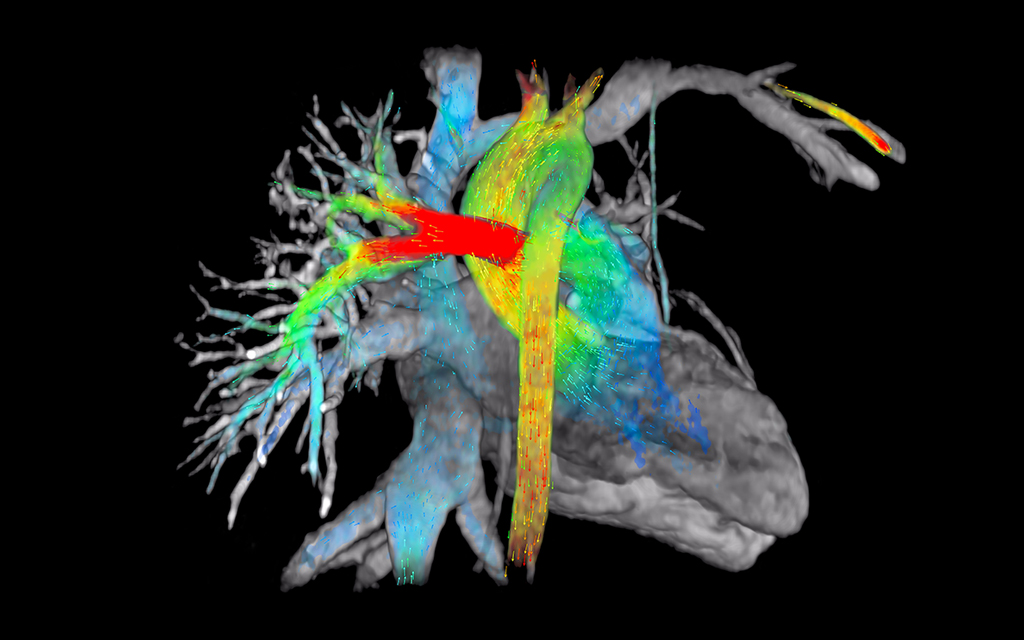 It all started with a simple request made in the depths of one of the nation’s best hospitals.

“Hey, I want to show you something.”

Anja Brau was finishing up a meeting in the basement of Stanford Hospital with Dr. Albert Hsiao, MD, PhD, then a radiology resident at Stanford. Hsiao, who has an undergraduate degree in Computer Science and PhD in Bioengineering, wanted to show her the cardiac software he wrote to visualize 4D blood flow data acquired from an MRI sequence developed at Stanford to capture cardiovascular flow and anatomy in a single scan. He’d been playing around with the code in his free time for years, but he thought he finally had something to share.

Brau worked for GE Healthcare, a longstanding partner of Stanford and doctors like Dr. Hsiao in developing new MR technologies to help diagnose heart disease. When she looked at Dr. Hsiao’s computer screen, she immediately knew they were looking at something special. 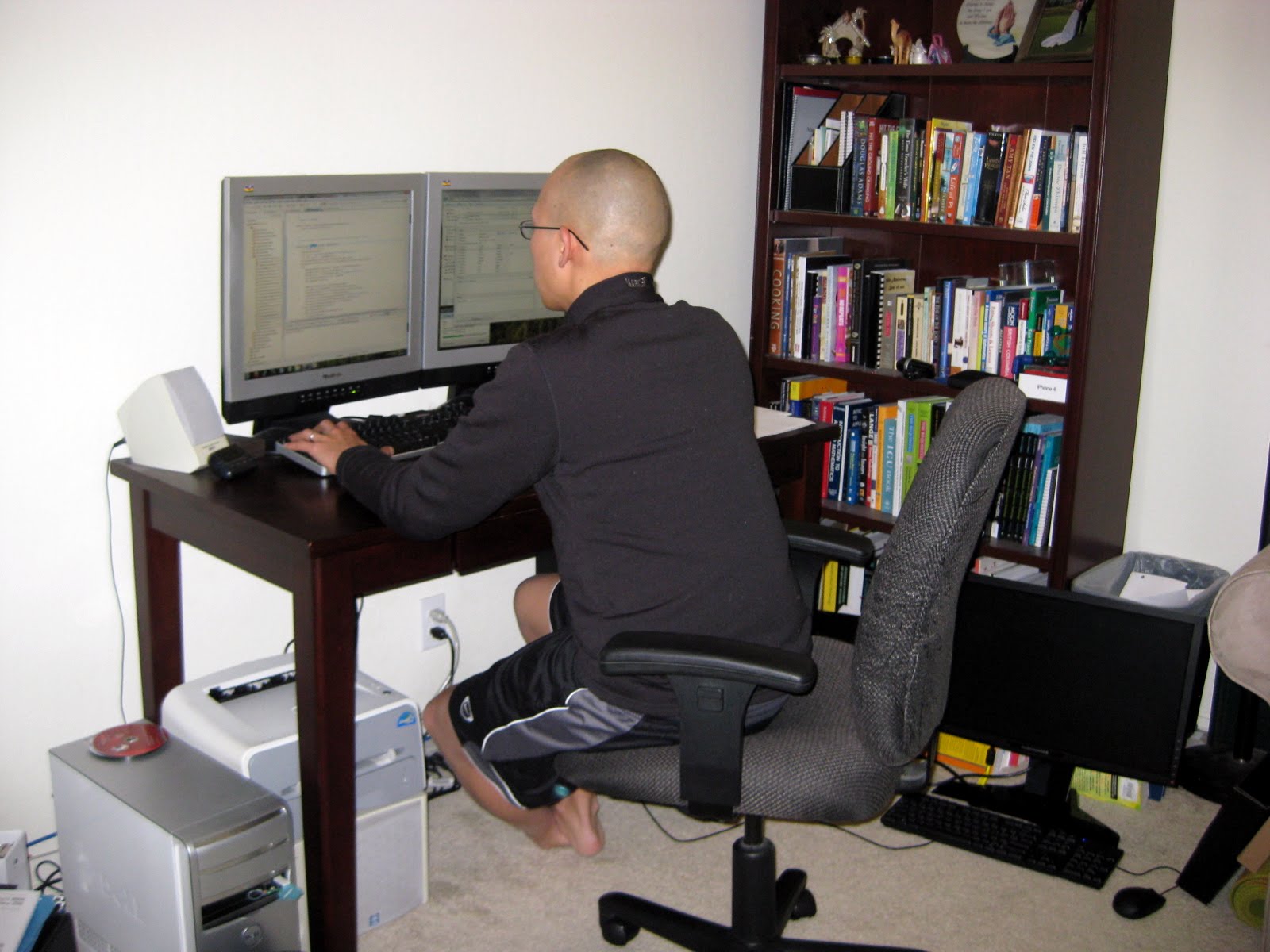 Hsiao working on the code for what would become ViosWorks

“I remember he showed me these color flow 3D renderings of beating hearts. I said, ‘Where did you get this?’ and Albert said, ‘I wrote this.’ It was amazing – it was already much better than what we were looking at with other software packages.”

Hsiao, Brau, and others worked together to refine the imaging software for clinical use and now it forms the foundation of ViosWorks, a groundbreaking new MR software solution that can complete a scan of cardiovascular anatomy, function and flow in 10 minutes or less – significantly streamlining cardiac MRI exams that historically took an hour or two to perform.

ViosWorks helps physicians see the heart like never before by displaying results in 7 dimensions: 3 in space, 1 in time, and 3 directions of velocity. It shows the blood flow in the heart as a moving image, much like a 3D animated movie, and allows clinicians to rotate and view the image from any angle.

Offering quantitative measurement of blood flow, ViosWorks can help clinicians tell whether blood is flowing through the heart the way it should be or whether there are cardiovascular anomalies that may require surgical intervention. Conventional MR techniques to measure flow are limited to 2D cross-sectional views of the anatomy rather than a full 3D volume and are very time-consuming to acquire and analyze. 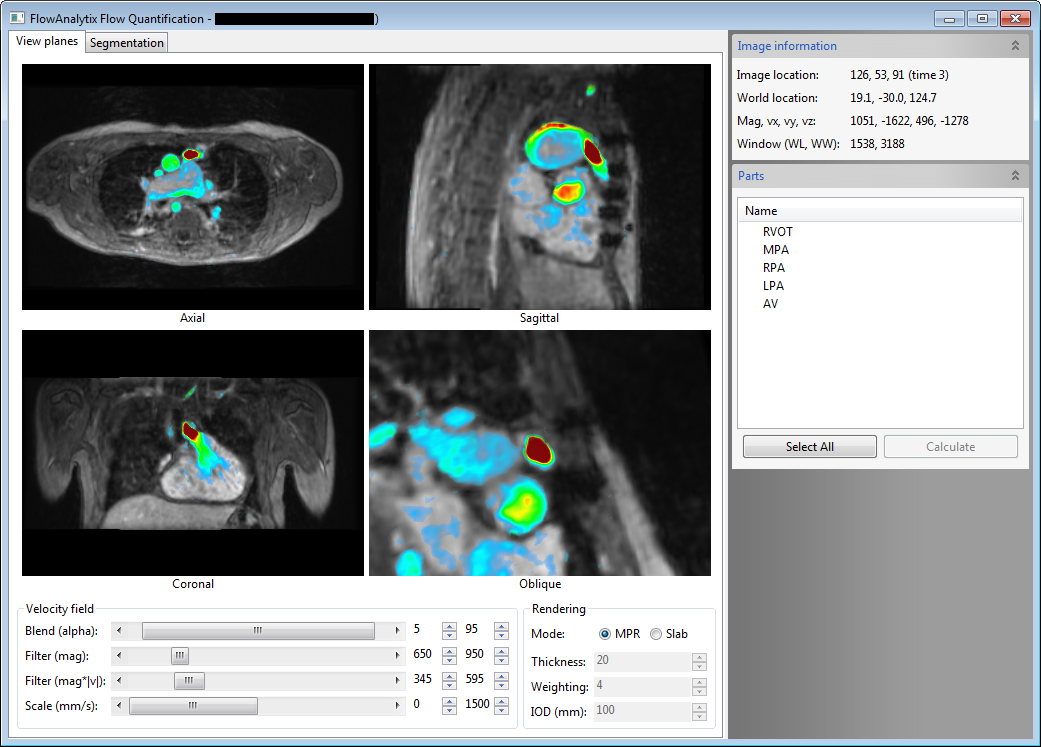 “There’s a bit of a learning curve to how to use it since it is such a paradigm shift from 2D flow imaging, but once physicians learn it, they love it due to its speed, simplicity, and intuitive 3D representation of cardiovascular health,” says Brau.

Dr. Hsiao uses his technology in clinical settings nearly every day. “It’s a little bit anticlimactic because it’s so routine now. I hardly even think about it,” he says. “The exams are really simple. We can typically get the clinical exam done in under a half an hour and have time to spare for developing the next great technology. And it’s all because of ViosWorks.”

The software and algorithms in ViosWorks not only help speed up the cardiac imaging process, it provides high quality images. Plus, patients don’t have to hold their breath, and the faster exams mean that facilities can serve up more patients in the same time.

Dr. Hsiao says the relationship between GE and Stanford was the first step in making ViosWorks a reality.

“The whole concept of collaboration between GE and Stanford [and now GE and UC San Diego School of Medicine, where Hsiao is currently assistant professor and associate director of cardiovascular imaging for the Center for Translational Imaging and Precision Medicine] is really core to why this was even possible. It proves how long-term academic-industry partnerships can be really fruitful,” he says.

AI and the future of MR

When Dr. Hsiao first started adjusting Stanford’s MR scanners to capture information for his software, they captured so much raw data that hospital computers couldn’t efficiently process it all into images that doctors could interpret.

To address this hurdle, Dr. Hsiao and Arterys looked to the technologies behind modern 3D video games to distribute large amounts of 3D data across many graphics processing unit (GPU) cores. Along with this approach, Arterys was able to develop a cloud-based system to manage and rapidly process the gigabytes of MR data behind each cardiac image.

“In many ways, Arterys broke the mold on how image analysis is done and what the infrastructure is to support it. We’re just beginning to scratch the surface of what is possible for that infrastructure, and Arterys continues to add analytics,” says Brau. 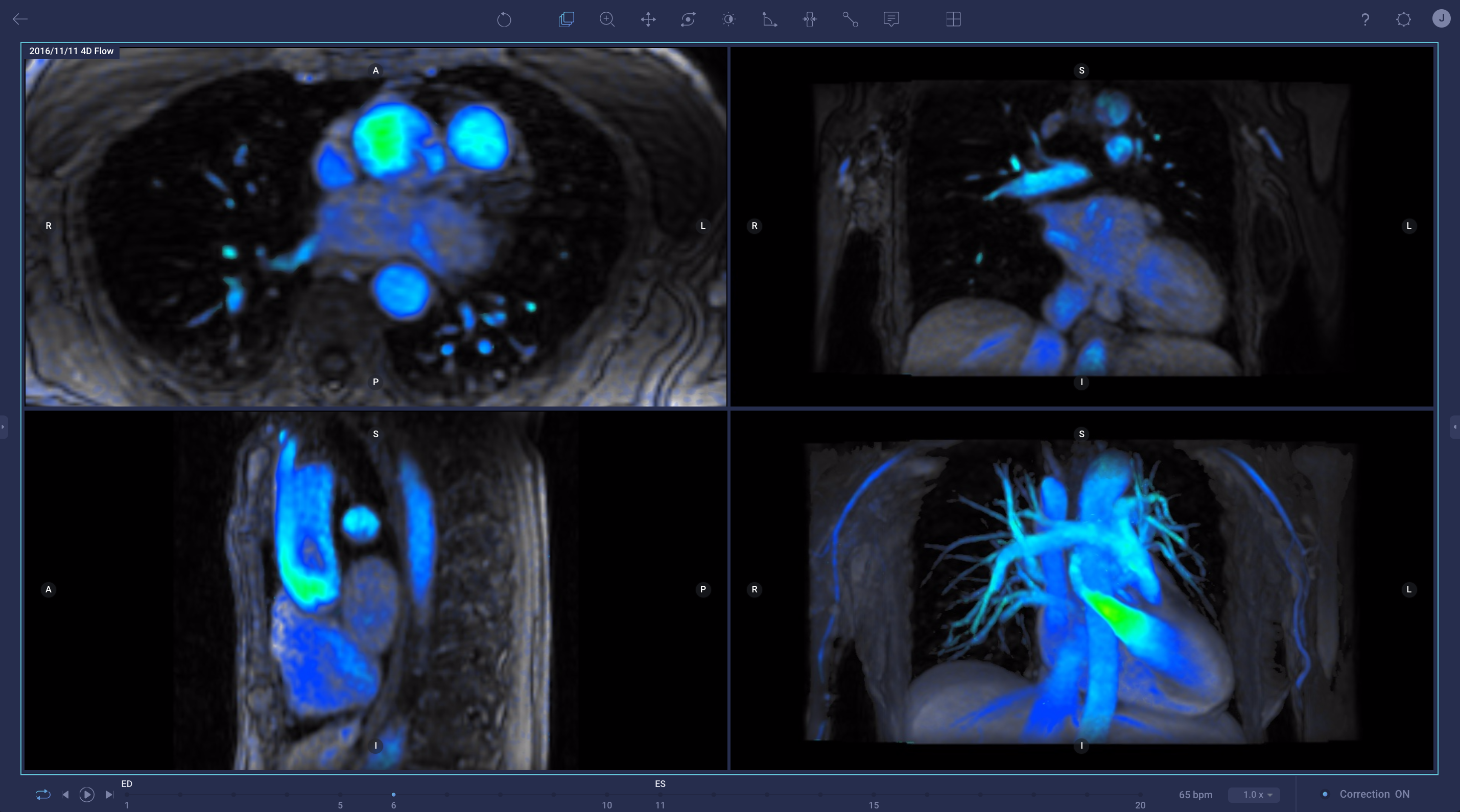 “We were basically a bunch of highly paid kindergarteners using the equivalent of Microsoft Paint,” he says. “Now we’ve trained an AI algorithm to calculate the heart volumes and function, which is a lot more efficient use of time.”

“There is a lot of data that is inaccessible to us in the images. Since we only have so much time to render a diagnosis or analysis, we are only able to use a fraction of that information clinically. AI can help us get to that, to potentially be a tool that can automatically gather quantitative data, better predict prognosis and help us sustain our patients longer before resorting to heart transplantation,” says Dr. Hsiao.

“We can apply AI to take on the world’s most extreme kindergarten circling exercise on the thousands of images that we collect in a single exam,” he says. “Piece by piece, we’re taking down these mind-numbing tasks, giving them to AI, and making the physician more useful so more time can be focused on the patient.”

Soon, he believes these advancements in AI will be applied to many other diseases, such as cancer.

“If we could combine imaging and genomic data, it would be powerful,” he says. “We simply don’t have the ability yet to sort through the massive amounts of individual patient data that comes from the combination of these two sets of technologies. But we are beginning to see the promise of AI to handle this data. That’s where we will be able to give patients much more precise treatments that are tailored to them and their specific tumors.”