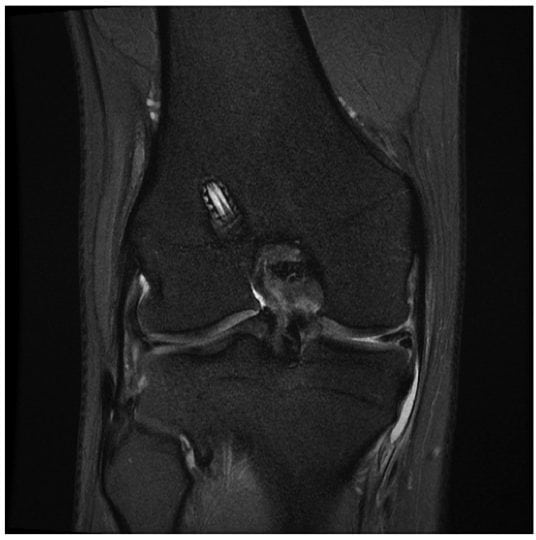 Edwin Oei has seen a lot of knees. The musculoskeletal radiologist at Erasmus MC medical center in the Netherlands says around half of all scans at Dutch community hospitals focus on the hardworking joint, usually because of sporting accidents. The wrong kind of twist at a soccer game can tear the sliver of cartilage that acts as a cushion between the thighbone and shinbone, known as the meniscus. But one of the most common and debilitating injuries, Oei says, is jumper’s knee, when a tendon that runs between the kneecap and shinbone becomes inflamed and painful from months or years of repetitive jumping. Basketball players have it worst, and Oei has been using MRI scanners to research better ways of diagnosing the condition.

With GE’s new SIGNA Premier MRI scanner, he can now see a sharper image of the knee’s joint and surrounding tissues. GE developed SIGNA Premier with the NFL to help doctors better see the brain. The most common type of MRI is a brain scan, a tool commonly used when treating football players suffering from concussion, for example. But practitioners at Erasmus who’ve been using the machine as a whole-body scanner since May 2018 say they’re getting sharper images from other parts of the body too, including knees, vital organs and elbows.

Scanning the elbow, for instance, had been a challenge. “You always have the problem of trying to position the patient,” says Hanneke Muharam, manager of MRI systems at Erasmus. To conduct an MRI scan, doctors usually place bulky, sometimes box-shaped units onto the parts of the body they need to see closely. Called coils, the units act like antennae and can help boost the signal during a scan. But patients find it uncomfortable to lie still for a 25-minute scan, especially with an arm wrapped in a bulky plastic tube they must keep bent above their heads.

SIGNA Premier’s more comfortable alternative is a coil, shaped like a mat, that doctors lay over a patient’s body like a blanket. Called AIR Technology it’s so lightweight that it’s measured in grams instead of kilograms. It also offers a more conclusive body scan thanks to its extra channels, or receiver pathways for information about the body that are a bit like TV channels. “I was really amazed by the quality of the images with the Air Coil,” says Muharam, who says SIGNA Premier scans around 15 patients a day at Erasmus. “You could really see all the structures of the elbow.” 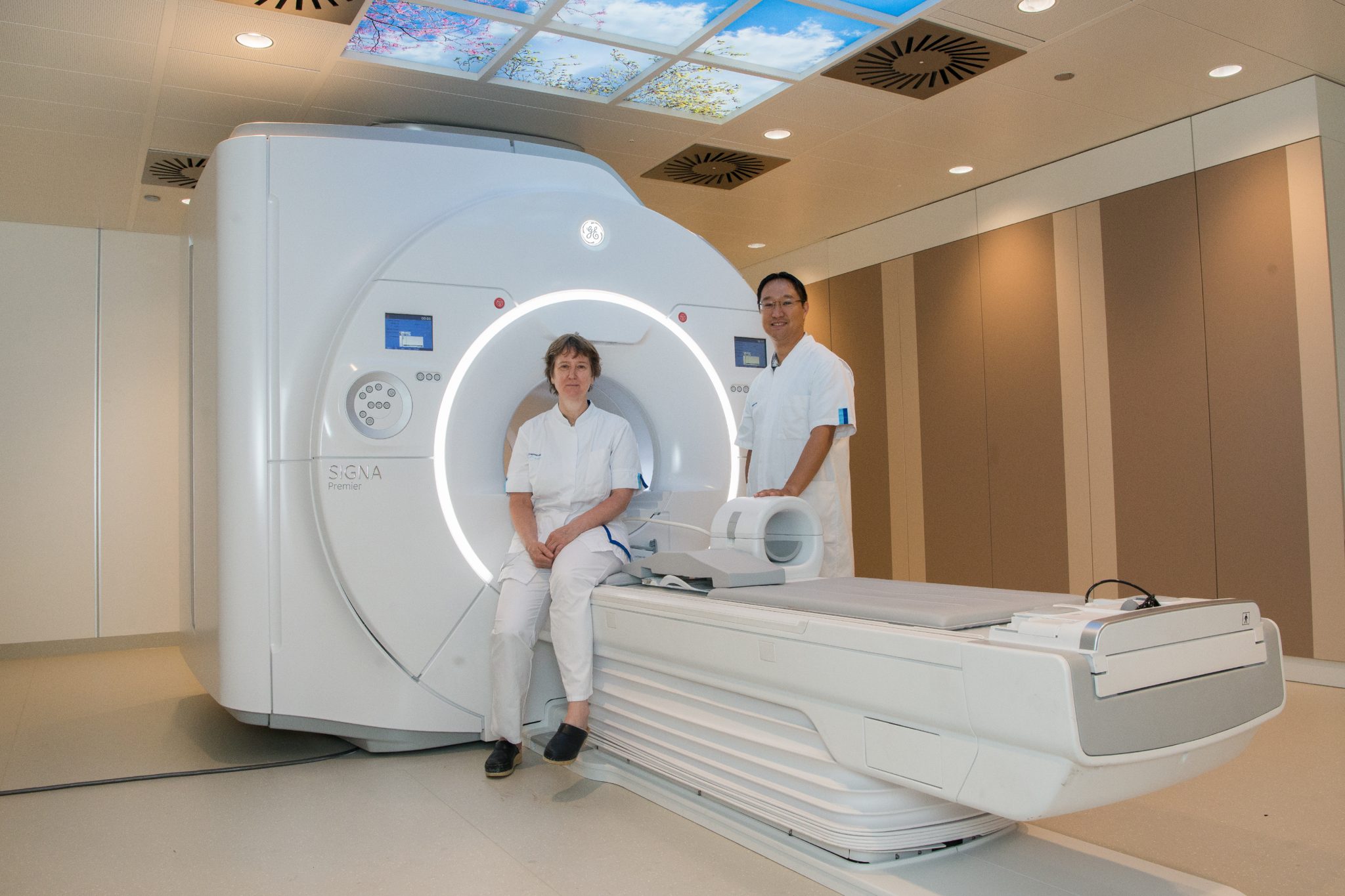 MRI uses radio signals and strong magnetic fields to produce remarkably detailed images of blood vessels, organs, bones and more. Its powerful magnet lines up the protons inside millions of water molecules in the human body, before the scanner pulses them with short bursts of radio waves to create images of tissue and muscle.

Doctors often place the coils around a patient’s body to amplify those signals; the more channels each one has, the faster and clearer the final scan. SIGNA Premier’s head coil has 48 channels for probing anomalies, and patients wear it like a helmet. And while older MRI scanners have a knee coil with eight channels, SIGNA Premier’s has 18. More channels means a clearer signal, like finding a song on the radio that’s not covered with static. Oei says he can see a clearer definition of the muscles and cartilage surrounding the knee joint, for instance. “It’s a tremendous difference with image quality from what we were used to on the previous scanner,” he says.

There are other benefits. Sharper images can also have a direct impact on diagnosing and treating patients who are suspected of having cancer, another common use case for MRI. “It helps to see the smaller imperfections in the prostate,” says Muharam. Blood tests usually tell doctors that cancer is present in the prostate, but they need to know precisely where cancerous cells are to conduct an effective biopsy. SIGNA Premier can help doctors take fewer painful biopsies on prostate patients. “It helps provide more certainty that what you pinpoint has been not so suspicious for being cancer,” Muharam says.

The timing for this technology is right. More than half of MRI systems in the United States were installed in 2009 or later, according to a recent MRI Market Outlook Report published by IMV. And around 50 percent of all MRI systems installed in 2006 and earlier were made by GE Healthcare. With a typical product life cycle of around 12 years, many of these systems are due to be replaced in the next four years. And with many hospitals expecting to see an increase in patients and a decline in reimbursement from insurers, they need efficient systems that can provide doctors with images to help them reach a diagnosis quickly and accurately.

SIGNA Premier’s wider bore — an opening of 70 centimeters in diameter versus the typical 60 — also helps make a scan easier for that 5 percent of patients who suffer from claustrophobia and the many more who simply don’t like being in confined spaces. But even with a more comfortable scanner and Air Coil, the final images being pored over by doctors are better overall. That’s why the advanced MRI machine could help further research work like Oei’s — and might just help keep the next LeBron James in action.