Recycling Iodine: How Hospitals Are Keeping Contrast Media in the Circular Economy

Recycling Iodine: How Hospitals Are Keeping Contrast Media in the Circular Economy

GE Healthcare’s iodine-recycling program is expanding throughout Europe and the Americas.

When Northumberland Hills Hospital in Ontario, Canada, started collecting unused iodine-based contrast media to recycle, the staff had no idea iodine recycling was even possible. “We’re always looking for initiatives to make ourselves greener,” says Ian Moffat, Northumberland’s director of diagnostic imaging and laboratory services, and this turned out to be an easy addition to their sustainability program.

Contrast media is a substance injected into the body to enhance medical imaging. Iodine, a mineral extracted primarily from soil, rock and brine,[i] is commonly used in contrast media for both CT and X-ray imaging. GE Healthcare has been recycling iodine-based contrast media for European healthcare facilities since 2006, but it’s begun to expand its geographic reach. The recycling program initially launched in Norway, where GE Healthcare’s Active Pharmaceutical Ingredients (API) facility in Lindesnes produces iodine contrast-media products. GE Healthcare now offers this recycling program in 11 European countries, and last year expanded it into Canada and the United States. In the US, over 40 percent of computed tomography (CT) procedures utilize contrast media.[ii] 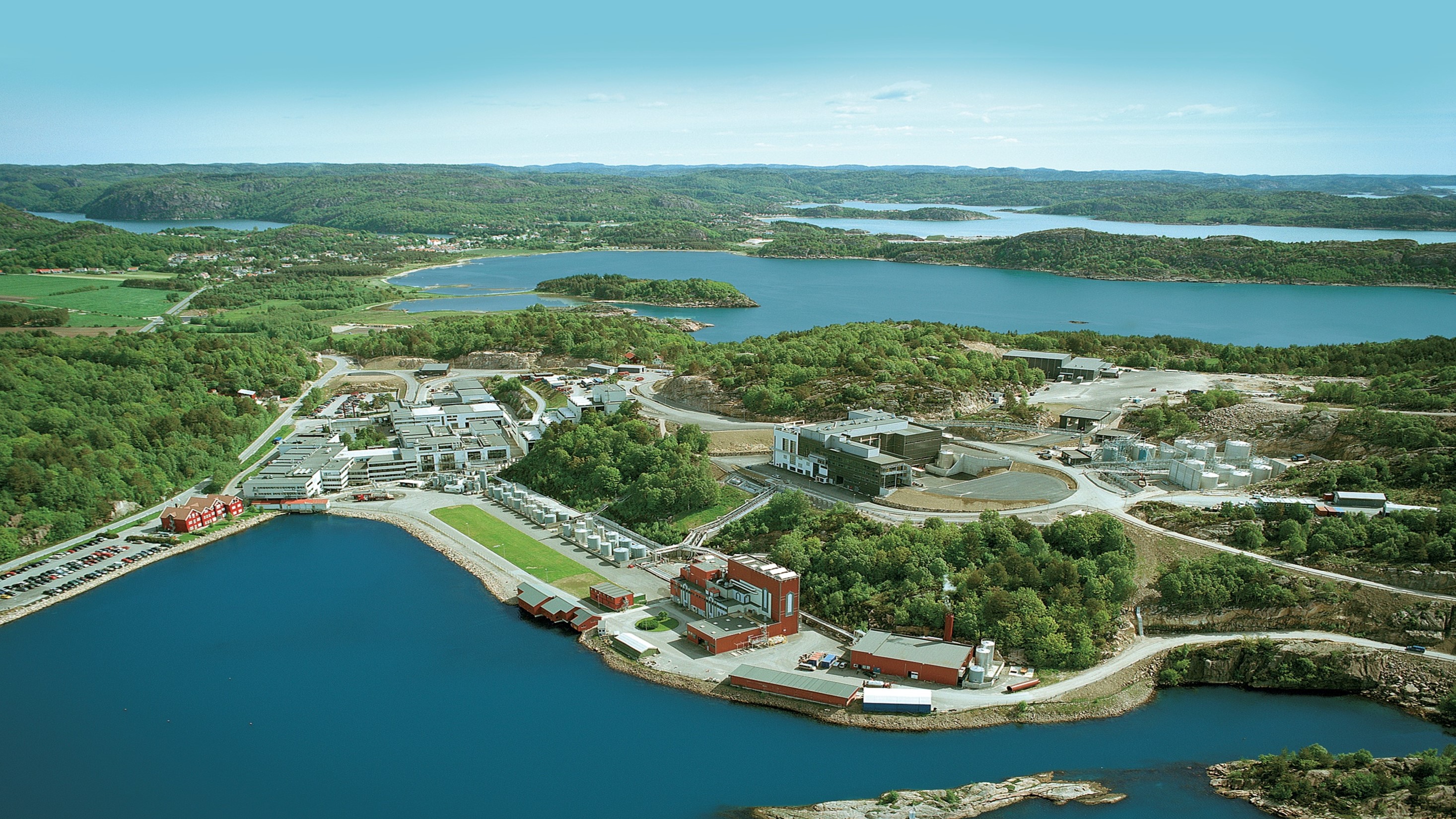 Iodine is a nonrenewable resource, and only about 18% of the current global demand is being reused.[iii] While virgin global iodine reserves should be available for the next 200 years,[iv] the extraction cost is high and there are resourcing implications to producing it, explains Luke Chrusciel, GE Healthcare pharmaceutical diagnostics general manager for Canada. The mining process is basic but intensive: Holes are drilled in soil or rock and the iodine-rich material is collected and ground up, from which the iodine is then extracted and purified. As Chrusciel notes, “with all extractions, there’s then less available for extracting in the future.”

While the extraction process is arduous, global demand for contrast media is increasing as the population ages. Around one-quarter of globally produced iodine[v] is used in contrast media, which is not typically recycled. “With recycling, we’re offsetting the demand and need for extracting it out of the soil, while also preventing it from being wasted,” Chrusciel says. “Instead of disposing of the excess in the sink or medical waste containers, we have the ability to bring it back into clinical use.”

Recycling iodine wasn’t on Northumberland’s radar until they discovered the GE Healthcare program . “If that’s something that can be done,” Moffat responded, “we want to be part of it.”

GE Healthcare provides participating hospitals with 3-liter containers to collect unused and uncontaminated GE iodinated contrast media, along with instructional posters. To begin the process the technicians simply pour the contrast media from the injector syringe or bottle into the container and close the lid. Once the container is full, it’s sealed, put in a provided box and returned to GE Healthcare’s facility in Norway. GE then carefully extracts the iodine and recycles it to produce new contrast media.

The iodine-recycling program covers contrast media produced by GE, and users are instructed not to include any other objects or fluids. The manufacturing plant conducts quality checks to ensure they meet strict quality requirements.

Participating radiology staff members say that before starting the recycling program, they thought they wasted very little contrast media. But when they saw how much went into their containers each day, they were surprised.

As a medium-size community hospital, Northumberland’s staff performs approximately 20 procedures a day with the iodine-based contrast media, mostly via CT scans. They fill a 3-liter container every few weeks. “We never thought about how much contrast media we had leftover,” Moffat says.

This is not an unusual reaction, says Chrusciel. “On average, 5% of the contrast customers have purchased goes unused. They don’t realize how it adds up.”

But there are other benefits Northumberland didn’t anticipate before starting the program. Sharon LeRoux, a senior CT technologist at the hospital, says the radiology staff is more aware of how much contrast media they go through, and they are making greater efforts to calculate end-of-day usage so they can reduce their unused volume as much as possible. “We’re now very frugal in the use of our contrast media, using 500-milliliter bottles during the day, and then smaller sizes closer to the end of the day,” she says.

The program allows healthcare systems to rethink their workflow and create greater efficiency. Radiologists at Hospital 12 de Octubre, a large public hospital in Madrid, Spain, perform 50,000 procedures with contrast each year and fill about three 3-liter containers every week. “The amount recycled was much larger than we thought,” says José Carmelo Albillos Merino, head of the radiodiagnosis service. Laura Fernández Alonso, a nurse at the Madrid hospital, says that participating in the recycling program has opened the staff’s eyes to other solutions and techniques for using contrast media more efficiently. 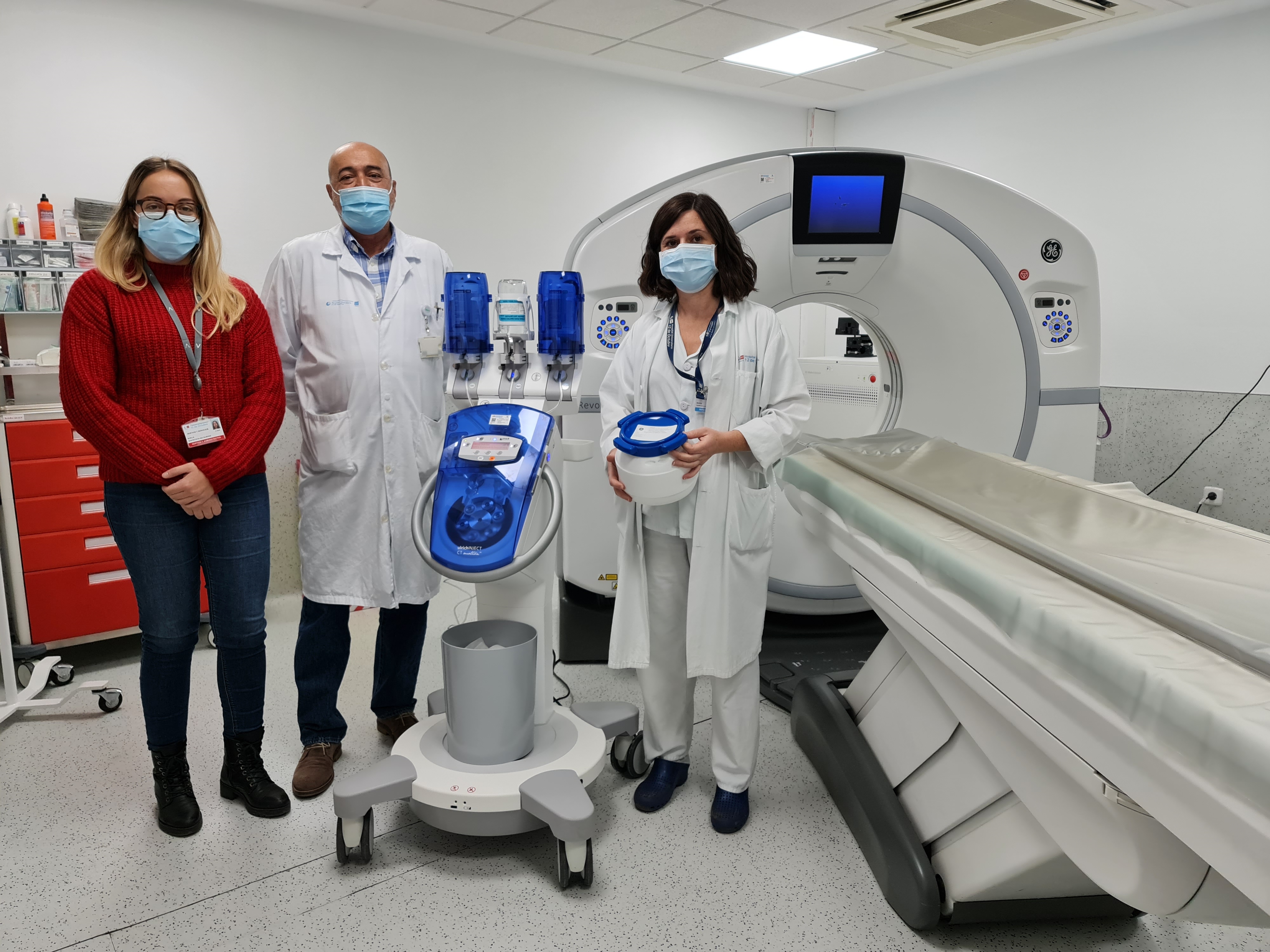 A new way for hospitals to participate in the circular economy

What makes this program different is the fact that GE Healthcare has taken the lead in shepherding the process from start to finish. By recycling iodine for hospitals to reuse, the program is helping to promote sustainable manufacturing and consumption, a key tenet of the circular economy.

“In typical recycling programs, there’s an emphasis on the consumer or product user, and what they can do to recycle materials,” says Neil Ritchie, executive director of the Canadian Coalition for Green Health Care (CCGHC), which works with suppliers and healthcare organizations to promote a circular economy that designs waste out of their systems. “This program fits into that approach very well,” he adds, but in this case it’s industry leadership that is guiding hospitals and helping them to create programs that will make a meaningful difference.

The iodine program is a two-way collaboration between the hospital and the supplier. “We’ve been encouraging hospitals to think more about the circular economy and the environment,” Ritchie says. “This is a great example on a practical scale.” And, he adds, it’s easier for hospitals to implement, because GE Healthcare spearheads the program.

Northumberland is one of 15 sites in Canada already using the program, which started in the spring of 2021. At this point, 50 containers have been returned. The program is currently expanding throughout Ontario, and early this year it will expand across the rest of Canada. “I can’t see why any site using GE iodine-based contrast media wouldn’t sign up for it,” says Moffat.

“It’s a simple thing to do and it doesn’t take a big effort,” says Fernández Alonso. “It’s a good way of contributing to the circular economy. We’re happy to have this opportunity.”

GE Healthcare Pharmaceutical Diagnostics is the leading global provider of contrast media, producing around 100 million doses each year to support three patient procedures every second. For more than 40 years its products have been routinely used across X-ray, CT, magnetic resonance imaging (MRI) and ultrasound to enhance images and support diagnosis.

To learn more about the iodine-recycling program or how to participate in it, contact your local sales representative or e-mail iodine.recycling@ge.com

Evolving the promise of precision medicine with theranostics

Counting on Hybrid SPECT/CT for Elevated Diagnostic Value in Radiology