Back to Clinical View Home Page

QT prolongation is a powerful predictor of mortality in high-risk patients—more powerful than comorbidity for short-term mortality—yet most physicians remain in the dark about this life-threatening risk, according to researchers in Oslo, Norway.

Jacob Thalamus, M.D., senior consultant in cardiology at Telemark Hospital Trust Clinic of Internal Medicine in Oslo, is among the researchers who set out to determine predictors of mortality in patients with a corrected QT interval (QTc) ≥ 500 ms. Tapping Telemark’s community hospital database of more than 225,000 digital electrocardiograms (ECGs) collected over a decade, the researchers developed a new risk-weighted QTc mortality score based on mortality in its population.[1] The hospital is using GE Healthcare's 12SL12-lead ECG throughout its site. It also leverages GE Healthcare's MUSE Cardiology Information System to manage its ECG data. 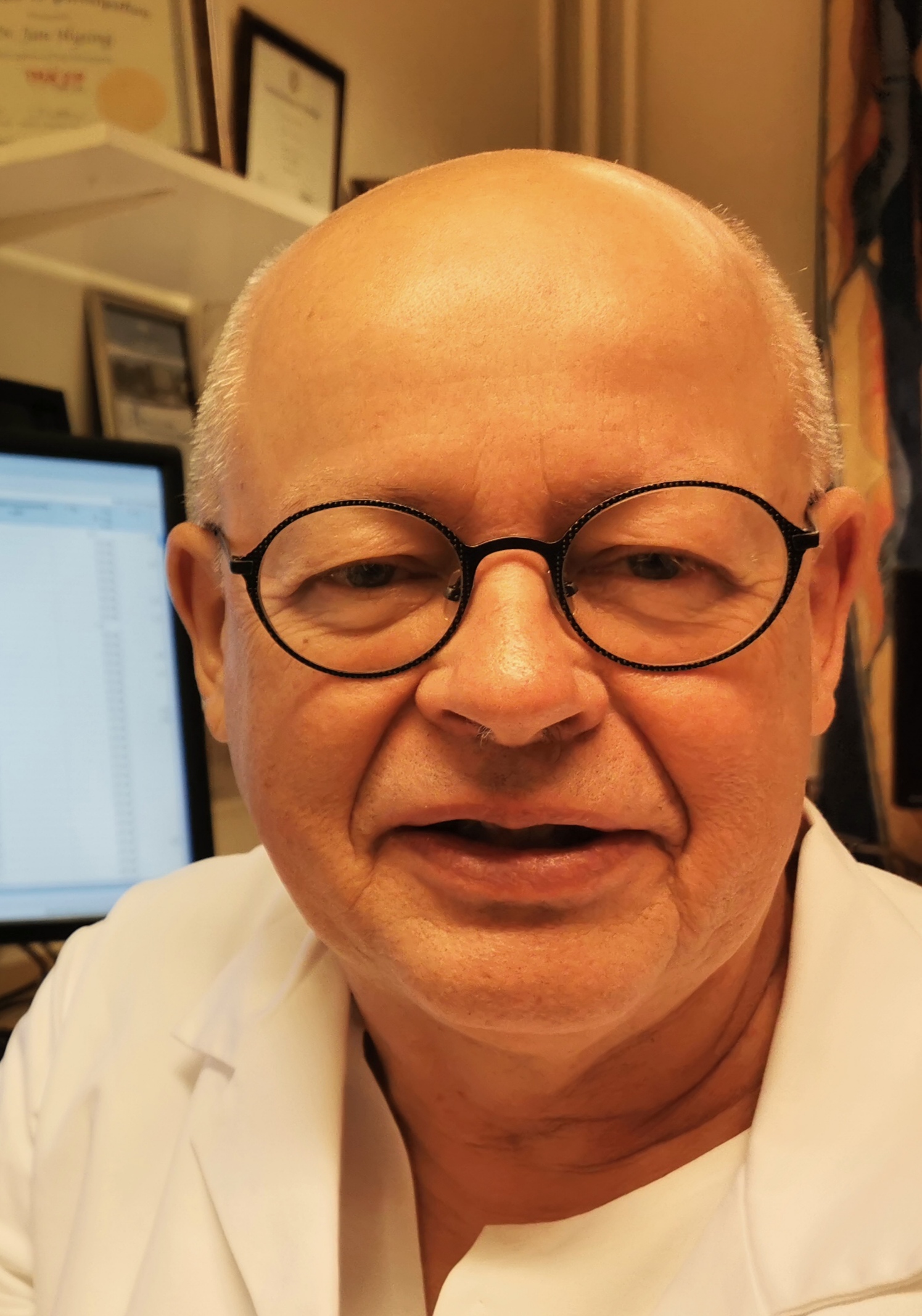 Clinical View asked Jacob about findings from this ten-year retrospective observational study, the optimal physician approach to QTc prolongation, and future directions for this area of study.

Question: What is special about your research, published in 2017? How did this work build on previous research?

Jacob Thalamus, M.D.: Our study was inspired by the pro-QTc score developed by Mayo Clinic researchers in 2013, including our Norwegian colleague Kristina Haugaa, to identify the risk factors and causes of QTc prolongation.[2] Taking their research a step further, we wanted to identify the most important predictors of mortality among the variable clinical diagnoses, lab values and medications contained within the pro-QTc score. We also wanted to examine gender’s role in mortality risk as well as clinician awareness of QTc prolongation.

From Telemark’s vast digital ECG database, we first identified 1,531 ECGs with QTc ≥ 500 ms (2.4 percent of all ECGs). After reviewing medical records from those patients, we calculated a pro-QTc score for each. We further analyzed the prevalence of pro-QTc variables within our study sample, and, using mortality data on these patients from Norway’s death registry, found that some variables confer a higher mortality risk than others. This resulted in our risk-weighted QTc mortality score.

We concluded that use of QT-prolonging medications with known risk for Torsades de Pointes (TdP) poses the greatest mortality risk.[3] Additionally, heart failure, cardiac arrest, stroke and head trauma, electrolyte disturbances, age and the use of medicines with possible TdP risk were predictors of mortality. We also determined that women with prolonged QTc had lower mortality risk compared to men.

What was the most surprising finding from your research?

Jacob Thalamus, M.D.: Most shocking was the extremely low awareness of QTc prolongation among clinicians. Of 1,531 patients in our study, only 185 patients, or 12 percent, had any mention of QTc prolongation or QT-reducing measures in their medical records.

Question: Why is QTc prolongation often ignored or even missed by clinicians?

Jacob Thalamus, M.D.: Many clinicians are not aware of the risks of QTc prolongation, and have no idea what to do about it. In reviewing medical records for ECGs in our study, we found that many patients with QTc of ≥ 500 ms were admitted for surgical conditions (hip fractures, for example), or for cancer treatment. This means only a minority were seen by a cardiologist, which may have contributed to the low awareness level we documented.

What we have seen at Telemark is that since we began our research, the focus on QTc prolongation within our hospital is much higher.

Given that long QT is predictive of TdP and other life-threatening arrhythmias, what actions should physicians take in cases of QTc prolongation?

Jacob Thalamus, M.D.: Physicians should be aware of QTc prolongation because it is a powerful determinant of short-term prognosis. If physicians are aware of the condition and treat the patient on all frontiers, creating optimal conditions for the body and heart, some QTc-related deaths might be prevented. This means they must be very critical about prescribed medications, especially any QT-prolonging drugs.[3] Also, they should monitor electrolyte levels for any disturbances, especially within potassium and magnesium values. And finally, they should identify and treat any heart failure and infections.

We might also speculate that QTc is a mark of how the heart is doing, a mirror of how a patient’s internal organs are faring. For example, if we take two patients with pneumonia who appear to be equally ill, and identify QTc prolongation in one, we might say the patient with QT prolongation is sicker than the one without.

Digital 12SL 12-lead ECG measurements were used to gather the data for this study. How were those measures validated, and what should a user know when using these leads for QT measurement?

Jacob Thalamus, M.D.: We manually reexamined all of the ECGs identified for this study. Initially, our database search for ECGs with QTc ≥ 500 ms identified 1,855 ECGs. However, we rejected more than 300 as being of poor quality, due to electromechanical noise or inclusion of the P or U wave in the QT calculation. We concluded that if the ECG is of good technical quality, with no obvious flaws, and there are no significant arrhythmias, then the computer value is highly accurate. You can trust that value.

How can technology increase clinician awareness of QT prolongation?

Jacob Thalamus, M.D.: In the future, I believe QT values will be integrated in the electronic medical record (EMR). At the Mayo Clinic, for example, a trained nurse evaluates the technical quality of every ECG, requesting a new ECG when necessary.[2] In cases of severe QTc prolongation, the Mayo system issues a warning in the EMR. That system also alerts when the physician attempts to prescribe a QT-prolonging medication.[3] This makes the clinician think twice about the effect of the drug they are prescribing. The list of QT-prolonging drugs is long and challenging to remember. It is burdensome to have to check every medication.

We need this clinical decision support. Overall, to implement it, we need even better data and better ECG quality, which is where the 12 SL 12-lead ECG is especially helpful. Perhaps machine learning will be able to further interpret ECGs and exclude faulty ones -- it could potentially be supported by something like the MUSE Cardiology IS.

What is the future of research on QTc prolongation? Will T-wave shape be a factor?

Jacob Thalamus, M.D.: We are looking at T-wave shape as well. That research is only in the beginning stages. However, we published a study earlier this year in which we compared the prognostic value of QTc prolongation with that of the Charlson Comorbidity Index.[4] We were surprised to find that QTc prolongation is a more powerful predictor of short-term mortality than comorbidity.

All clinicians consider comorbidity when examining a new patient in the emergency department. But few are aware of the impact of the QTc interval. The ECG provides this data; they don't need to do anything extra to get it.

QT/QTc measurements are a piece of evidence physicians receive for free. They only have to use it.

We are continuously adding new articles, educational materials, clinical best practices, product information, and events to Clinical View. Specify your areas of interest and get notified when new content is posted.