Patient-assisted compression helps increase image quality, reduce dose and improve the patient experience in mammography, according to a study published in the November issue of the European Journal of Cancer 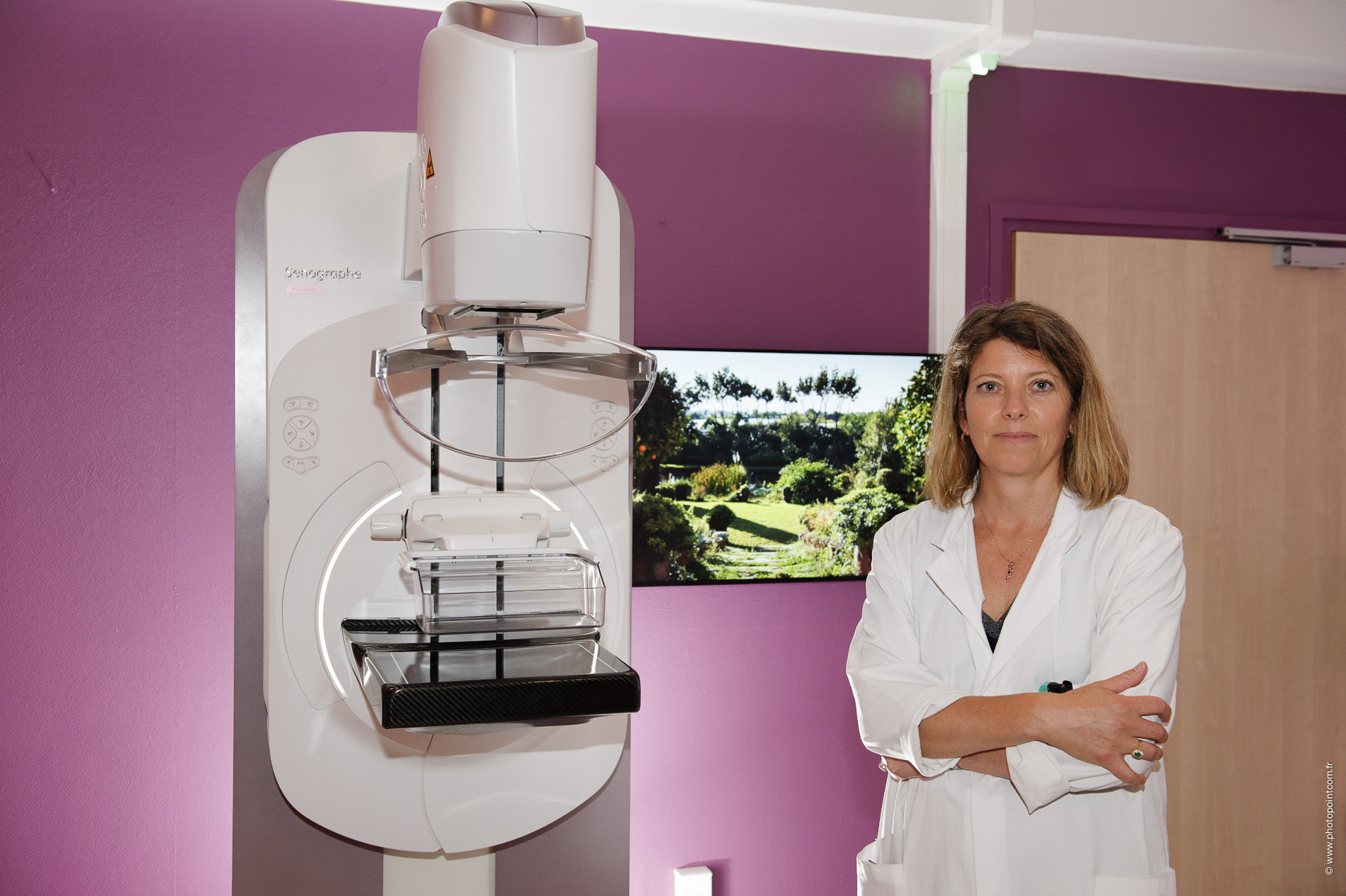 When it comes to fighting breast cancer, mammograms are often considered the first line of defense. Many medical association guidelines, such as the European Society of Breast Imaging, recommend that women between 40 and 50 years of age start receiving regular breast cancer screenings every one to three years.

While significant advancements have been made in breast imaging technology, one aspect of mammography has stayed the same: the need for breast compression. And for many women, the number one reason they don´t schedule a mammogram is because of the fear and anxiety from the potential result and exam discomfort[1]. A choice to not get a mammogram can delay a breast cancer diagnosis and impact a patient’s long-term prognosis, as finding breast cancer early reduces a woman’s risk of dying from the disease by 25-30 percent or more[2]. 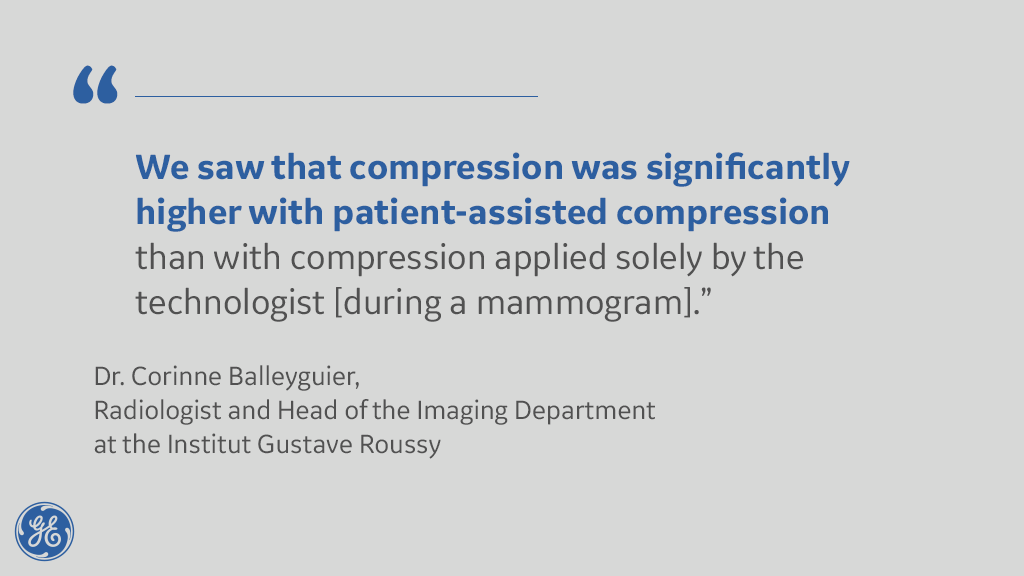 "Compression of the breasts in between two paddles is necessary and important to obtain good image quality," said Dr. Corinne Balleyguier, radiologist and head of the imaging department at the Institut Gustave Roussy in Villejuif, France. “But the perception of pain and discomfort during a mammogram can discourage women from adhering to their regular screenings.”

That’s why a team of female engineers and designers in Paris came together to design new mammography technology – technology they want to be scanned on. Senographe Pristina features the option for patients to use an industry-first patient-assisted compression remote control device to enable the patient, under the guidance of a technologist, to set the compression that feels right for her during her mammogram. 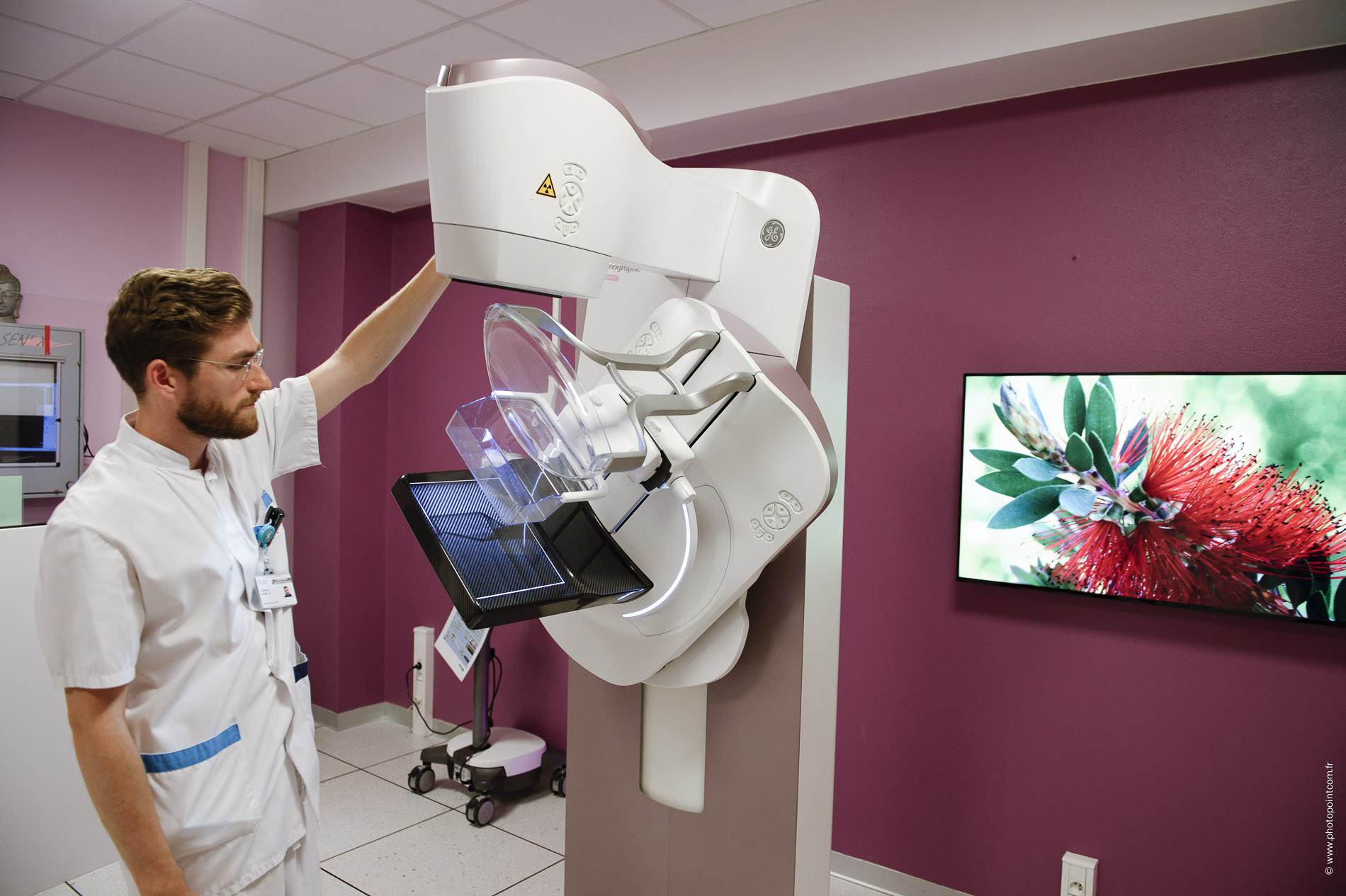 A study published in the European Journal of Cancer conducted by Dr. Balleyguier and five of her colleagues at Gustave Roussy on the Senographe Pristina evaluated the impact of patient-assisted compression on image quality, dose, workflow and patient experience during a mammogram.

Breast positioning and the image quality of each breast were assessed by five different radiologists who did not know which breast was compressed using the patient-assisted compression device.

“We saw that compression was significantly higher with patient-assisted compression than with compression applied solely by the technologist,” Dr. Balleyguier said. “Most women went to 13 DaN, but some even went to the 17 DaN limit with no pain.”

The study showed that 74 percent of patients who used Pristina Dueta were more willing to return for their next mammogram due to their sense of control during the exam. 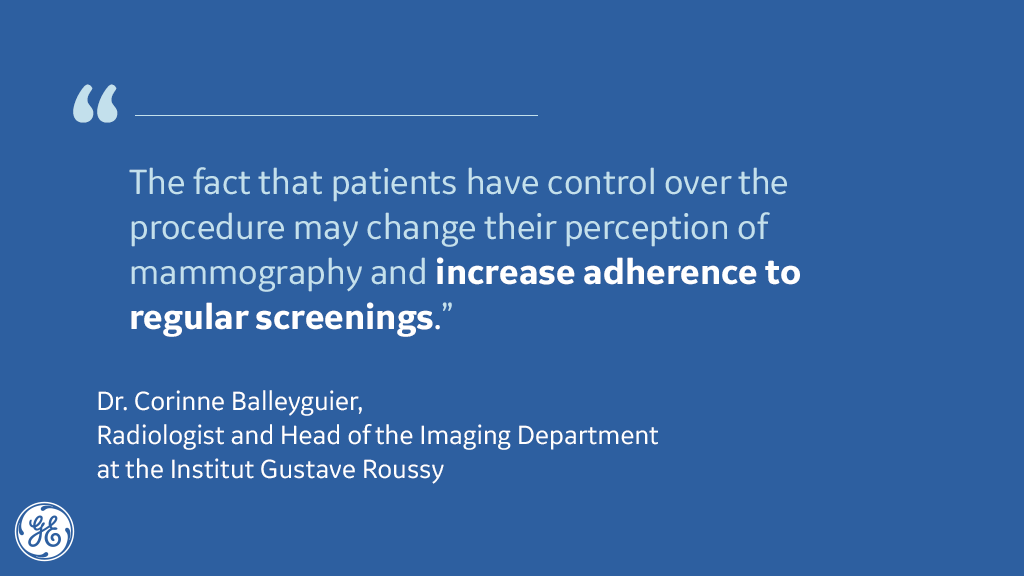 “We saw that women were less anxious about the exam when they played an active role in it,” Dr. Balleyguier said. “Their sense of control helps outweigh the physical pain. The fact that patients have control over the procedure may change their perception of mammography and increase adherence to regular screenings.”

The prospective study included 100 women between ages 40 and 90 who presented for mammography between October 2016 and March 2017.

*Intended for European healthcare professionals only.