My ride to the cloud: How one doctor's invention helped his own heart defect 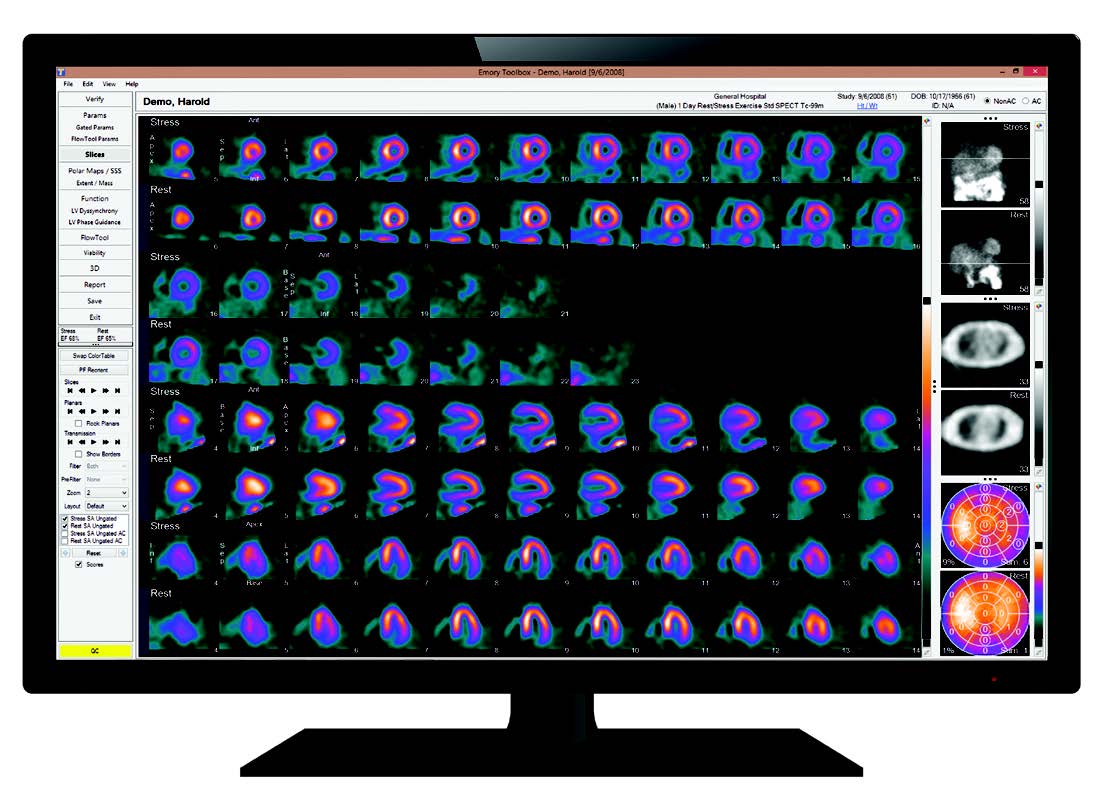 In 2008, Dr. Ernie Garcia was a healthy 60-year-old who knew the importance of a heart-healthy lifestyle. So when he experienced a chest pain episode, his cardiologist insisted he had nothing to worry about.

But the symptoms persisted, spurring him to request a nuclear cardiology study, a non-invasive test done on a PET (Positron Emission Computed Tomography) scanner to assess blood flow, evaluate the pumping function of the heart, and visualize the size, location and extent of myocardial ischemia or a heart attack. 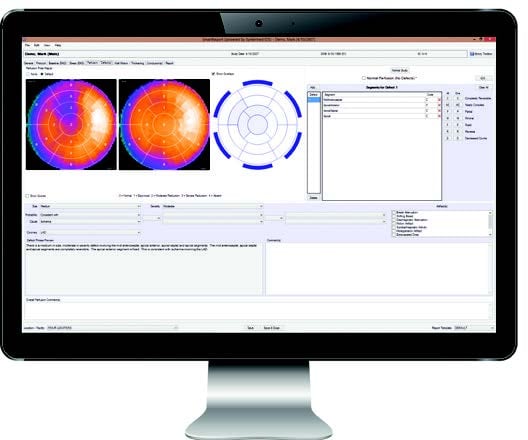 “When I got off the machine, I just looked at the computer and from about 20 feet away, I knew exactly what was going on with me,” says Dr. Garcia.

In that moment, Dr. Garcia became one of more than 4 million patients whose cardiac images are interpreted each year using the Emory Cardiac Toolbox™ (ECTb™). But Dr. Garcia wasn’t just a patient – he was the researcher who had developed the software a decade before and the Chief Scientific Advisor for Syntermed Inc., the developer of the Emory Cardiac Toolbox. ECTb provides interpreting and reporting of PET and SPECT/CT scans for nuclear cardiology studies. Now GE Healthcare is launching a new version of ECTb with Syntermed Live™, a nuclear cardiology interpreting software system that allows clinicians to remotely access and review clinical images from virtually any computer system anytime and anywhere in the world.

For Dr. Garcia, the software showed he had a large coronary artery perfusion defect associated with ischemia. The CT images from the PET/CT scan were submitted to the ECTb algorithm that calculated the calcium score in each of his coronary arteries, a measure of plaque in the arteries that indicates the likelihood of a heart attack. A normal score is less than 100 and a score around 400 indicates the need for intervention. Dr. Garcia’s score was a staggering 700.

“Calcium in the coronaries is a little bit like gray hairs on your head, meaning that we all get them as we age,” says Dr. Garcia, a Professor of Radiology and the Director of Nuclear Cardiology R&D Laboratory at Emory University in Atlanta. “The score of 700 was significantly abnormal and told me that the disease had already spread to other regions.” He underwent quadruple bypass surgery. 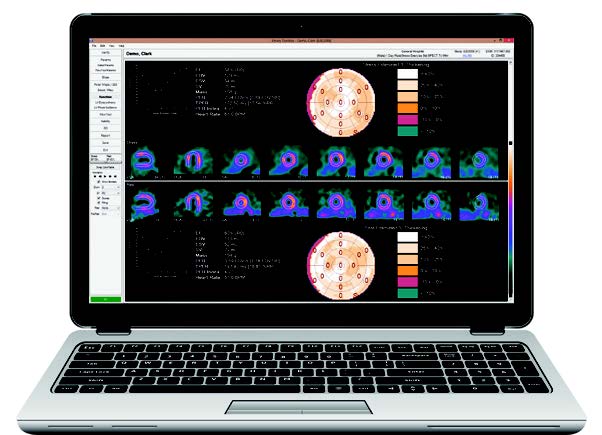 Developing the science of interpretation

Imaging a beating heart became possible in the 1970s, but images were displayed without measurements or explanations, meaning physicians had to rely on experience or intuition to determine what was clinically significant.

Emory licensed the first version of the ECTb in 1998. The next year, Garcia and his colleagues founded Syntermed, Inc., which took over selling the software directly to users, and ECTb™ was licensed from Emory University to Syntermed. With over 30,000 licenses sold, the ECTb is one of the most widely applied methods of cardiac imaging and reporting, used in nearly half of all nuclear medicine labs nationwide. 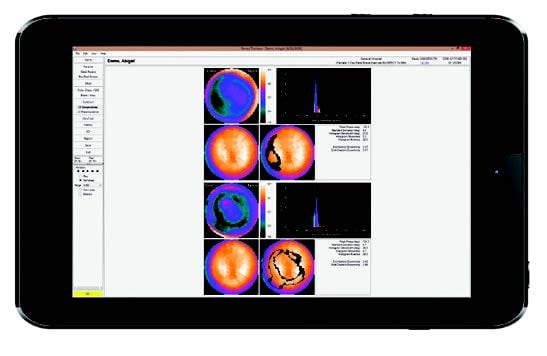 The latest version of the software launched by GE Healthcare allows clinicians to remotely access and review clinical images. “The beauty here is the diagnostician could be anywhere in the world and bring up the patient’s cardiac images just as though they were sitting in their office 10 feet away from the nuclear imaging device,” says Dr. Garcia. “The lack of remote access to critical patient information can have a potentially detrimental impact on the efficiency, productivity, and quality that physicians provide to their patients. Emory toolbox is a cost-effective solution that can help address these challenges – especially for the small-to-medium sized clinics in the country that have less financial resources.”

This has implications for patients’ diagnoses and treatments. “Regardless of where patients have their nuclear studies done, if they are processed and interpreted using ECTb, the accuracy of the interpretation can be raised” he says.

The toolbox gives clinicians access to the latest clinical applications to help increase both patient and diagnostic confidence, as well as productivity. “Patient confidence in the diagnosis is incredibly important. A patient will often believe the computer more than they will believe a physician. And the diagnostician themselves will also believe in the results of the technology” he says.

ECTb uses Artificial Intelligence-assisted image interpretation and reporting, then stores nuclear studies and reports in the cloud. This data can be used to assess the value of nuclear cardiology. “It can be very useful in understanding where the field is going and improving it,” he says. “We're still in our infancy in the things that we can do. Software and tools like the Emory Cardiac Toolbox with Syntermed Live TM can not only keep up with, but may also even lead some of these developments to allow for these new potential applications.”

The Emory Cardiac Toolbox should be used for the quantification of myocardial perfusion for the display of wall motion and quantification of left-ventricular function parameters from SPECT and PET myocardial perfusion studies for the 3D alignment of coronary artery models from CT coronary angiography onto the left ventricular 3D epicardial surface, for the assessment of cardiac mechanical dyssynchrony using phase analysis, for generation of the short axis, vertical, and horizontal long axis tomograms from the SPECT raw data using either filtered backprojection (FBP) or iterative reconstruction (MLEM/OSEM) for the quantification of myocardial blood flow and coronary flow reserve, and for the decision support in interpretation (LVX) and automatic structured reporting of the study. The product is intended for use by trained nuclear technicians and nuclear medicine or nuclear cardiology physicians. The clinician remains ultimately responsible for the final interpretation and diagnosis based on standard practices and visual interpretation of all SPECT and PET data.