How a Healthcare Olympic Record was Broken in Rio 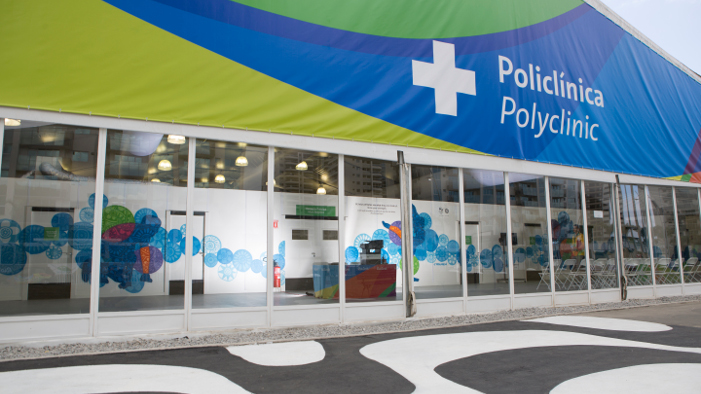 Located inside the Olympic Village, the official residence of the competitors, the Polyclinic has 160 rooms and a staff of 180 professionals who provide high quality free care to these distinguished visitors. “It is important to point out that they went there not only because the service is free, but because the volunteer medical staff gave their best through the entire Games to provide athletes with the best care,” said Dr. Marcelo Patricio, deputy chief medical officer at the Polyclinic.

In the Polyclinic the athletes could find professionals and equipment of almost every category of medicine, from gynecology to general clinical services, as well as an imaging diagnosis center with digital X-ray, tomography and resonance devices, which surpassed the number of 1,500 exams performed. 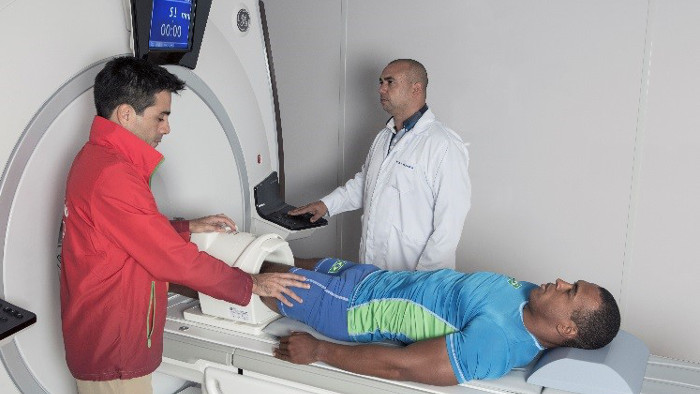 Health in the Cloud

One of the main innovations at the Rio 2016 Olympic Games cannot be seen by those who walked into the Polyclinic. GE, through an unprecedented deal with the International Olympic Committee (IOC), implemented a software to manage the health of the entire medical structure. With the Electronic Medical Record (EMR), it was possible to control and analyze in real-time all medical interactions of the athletes, such as examinations, medication, dental appointments and allergy data. This digital system provided reliable information and helped to make sure the doctors had immediate access to the history of the athletes.

“Everything there was connected, including the devices,” said Daurio Speranzini Jr., president and CEO of GE Healthcare for Latin America. “It was an entirely paperless system. The doctor could receive the athlete’s information right on the computer, optimizing the medical assistance. It was a cultural transformation from analog to digital media.”

This was the first time in the history of the Olympic Games that a software like this has been available for all athletes. More than just an electronic record, this solution also unified the assistance information in a single cloud platform and came with a version in Portuguese to meet the Brazilian health laws.

Another novelty at the Rio 2016 Games is that the Polyclinic included a more personal touch. “We adapted the space to show support of the athletes and provide them with a great atmosphere,” Daurio said. “We choose Cadumen, a great Brazilian urban artist, who perfectly captured our goal to connect the Olympic family with the famously happy nature of the Brazilian people.” 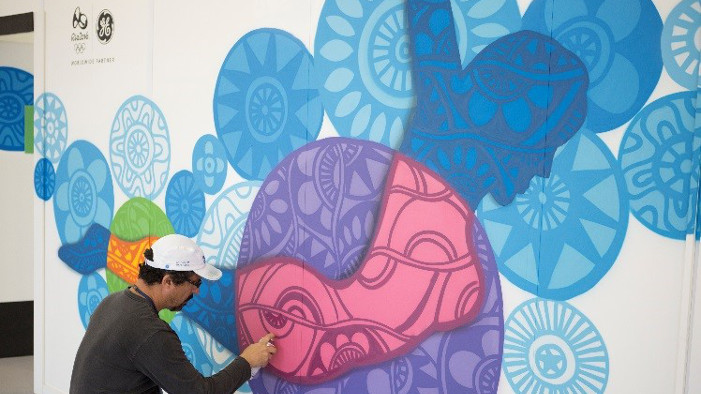 Cadumen, a Brazilian urban artist working at the Polyclinic.

Discover the number of imaging diagnosis exams performed up until August 16, 2016, grouped by body part and type. 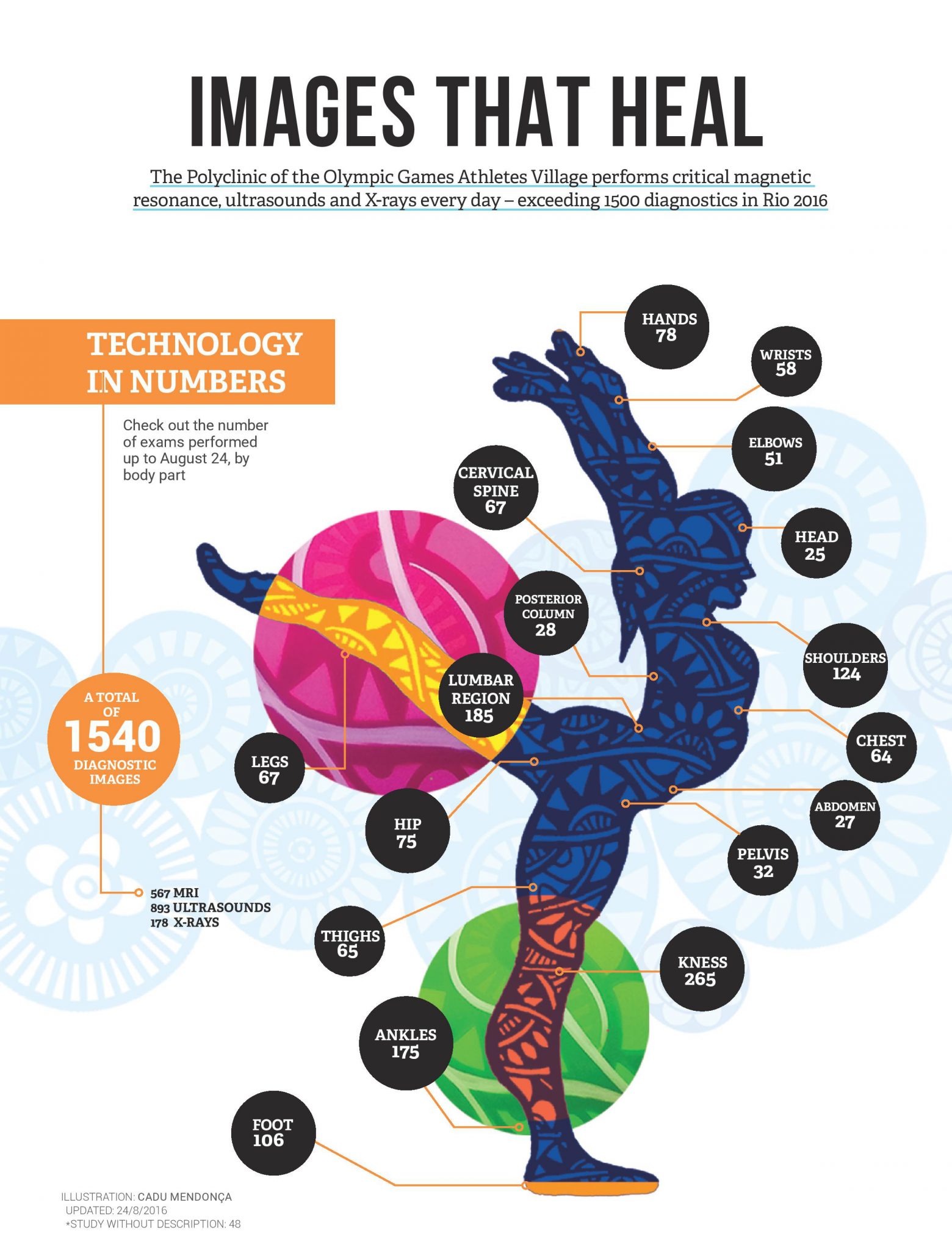