New research combines cell therapy with tumor vaccine to address metastatic melanoma, one of the most challenging cancers to treat 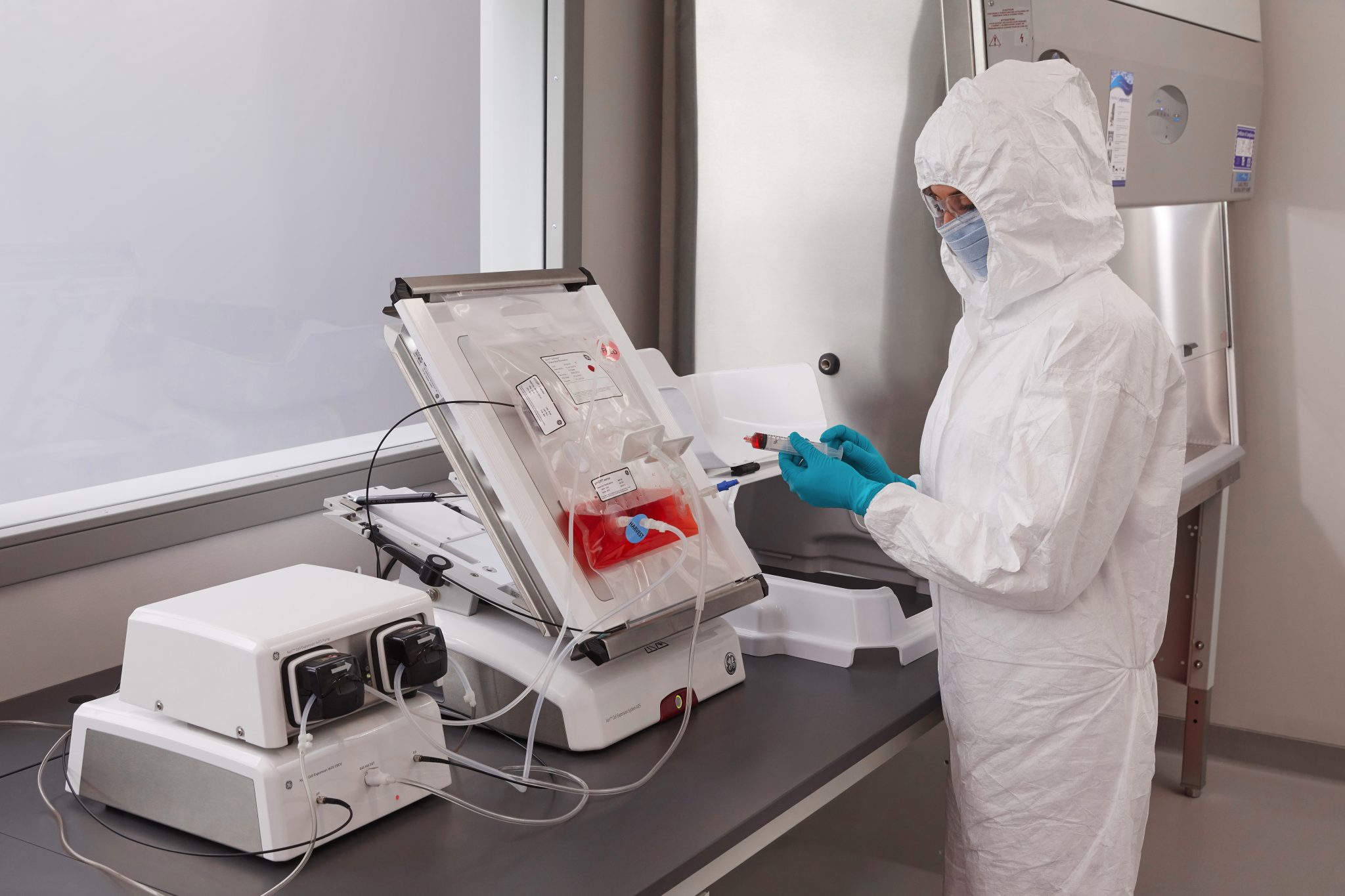 By the time the patient at Karolinska University Hospital in Sweden was diagnosed with stage four malignant melanoma, the most serious form of skin cancer, it had already spread to her internal organs. Her treatment options were limited.

Surgery can usually remove the original site of the cancer, the part of the body where the cancer originated from, but once the cancer has spread to internal organs, it’s a difficult disease to treat. Chemotherapy often isn’t effective against melanoma. Radiation can shrink and slow tumors, but it usually doesn’t remove all traces of the disease.

Until 2011, when the first checkpoint antibody was approved, there was no proven drug that could prolong life for patients with metastatic melanoma. Checkpoint antibodies use the patient’s immune system to attack cancer cells. They have revolutionized treatment of advanced malignant melanoma but are effective for only 20%-30% of melanoma patients.

Although the patient initially responded to checkpoint antibody treatment, her disease eventually progressed. The patient’s last hope was a new clinical trial at the Karolinska Institute in Sweden, where Professor Kiessling heads a team of scientists and clinicians developing combination immune cell therapy. This treatment brings together tumor-infiltrating lymphocytes (TIL) with a dendritic cell vaccine to fight malignant melanoma. After receiving this new combination therapy, the patient is healthy, and her melanoma is nearly gone.

Melanoma is a type of skin cancer that grows from the melanocytes, the cells that color and tan the skin, and often spreads – or metastasizes – to other parts of the body. Each year, more than 70,000 cases of melanoma are diagnosed in the United States and nearly 9,000 people die of the disease. It’s the fifth most common cancer in American men and sixth most common in American women. In Sweden, it’s the fifth most common cancer, and rates have more than doubled in the country since the mid-1990s.

“When I started studying malignant melanoma in the 1990s, there was virtually nothing you can do to prolong the life of a malignant melanoma patient once it reached the advanced stage,” says Kiessling, a professor in experimental oncology at the Karolinska Institute and head of a research group studying immune oncology. “Once it has started to spread, it's an awful disease. It’s very tough to treat it.”

Then came checkpoint antibodies, the revolutionary cancer therapy that was awarded this year’s Nobel prize in physiology and medicine to James Allison and Tasuko Honjo.

“Checkpoint antibodies work by taking away the brake on the immune system. As a result, the immune system starts to react against tumor cells,” says Professor Kiessling. “But this only works for a minority of patients, and therefore cell therapy is an important complement.”

Now cell and gene therapies are rapidly changing healthcare with potentially life-saving treatments for many of the world’s challenging diseases. The cell therapy oncology market alone is expected to reach $30 billion by 2030, with 946 clinical trials of regenerative medicines in progress at the end of 2017.

Researchers continue studying immunotherapy and are looking for additional precision medicine options for patients. That’s why Professor Kiessling is researching combination immune cell therapy with TIL cells and a dendritic cell vaccination to treat metastatic melanoma. 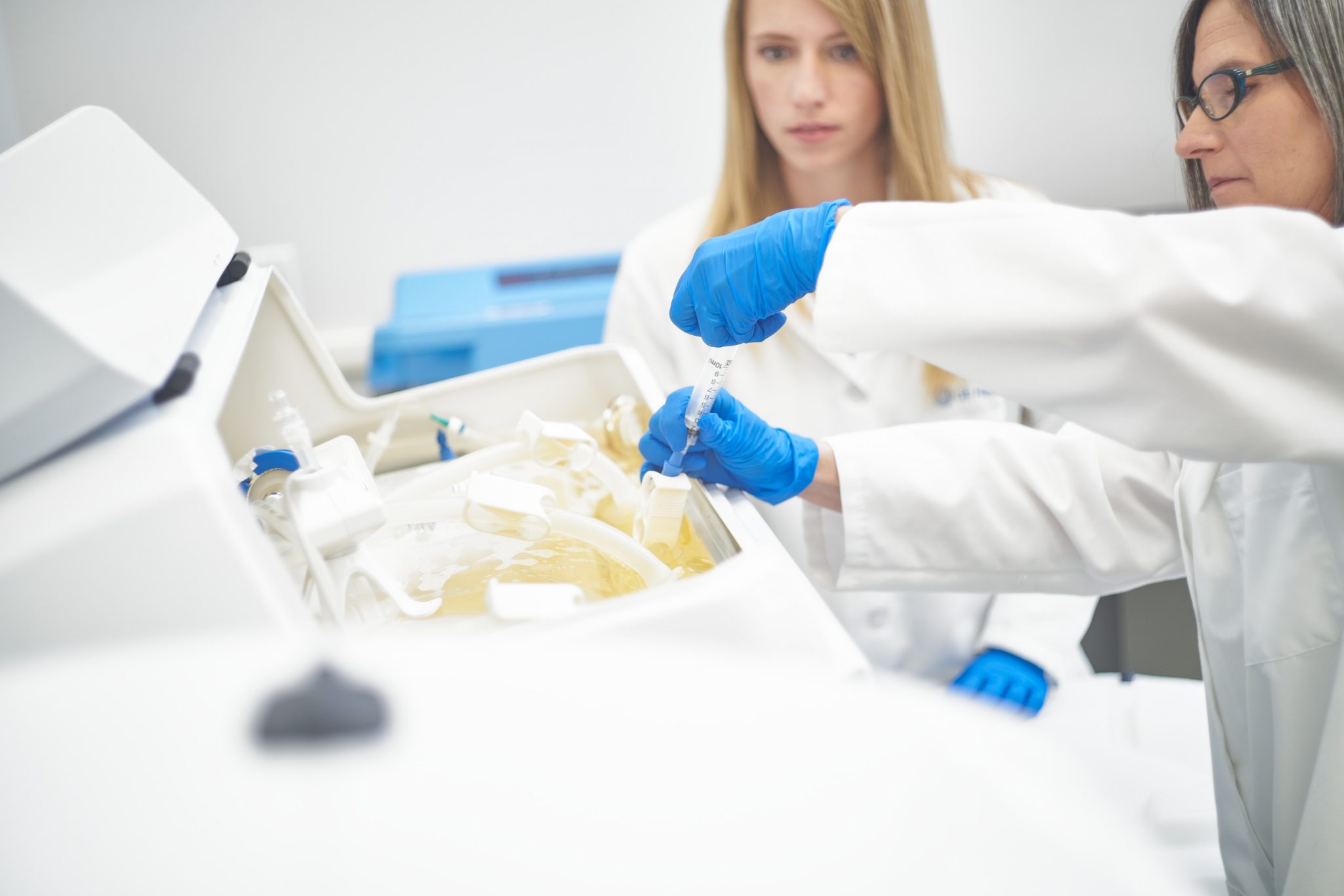 Dendritic cells help the immune system recognize cancer cells. Dendritic cell vaccines are created when doctors remove some of these cells from a patient’s blood and expose them in the lab to cancer cells, then inject them back into the patient, where they should cause an immune response to cancer cells in the body.

In Professor Kiessling’s research, the team surgically removes the metastatic lesion and take a piece of that tumor to their lab, where they add a growth hormone to multiply the white blood cells into the millions. Then they use a bioreactor from GE Healthcare to multiply those cells further into the billions. Eventually, those cells are injected back into the melanoma patients.

“What we are seeing is quite amazing,” he says. “In the combined treatment, we had four patients with advanced malignant melanoma. Two of them are now totally tumor-free, and one of them only has a very, very small lesion left. The patients were filled with cancer before treatment, and then after treatment, they’re practically tumor-free. It shows the power of the immune system.”

A new phase of the trial is set to begin with another 10 patients. His team is also setting their sights on other cancers, such as ovarian cancer, which he calls a “silent killer” because it’s often discovered too late to treat.

“In some cases, we’ve seen a curative effect on patients who are on the brink of dying,” he says. “What cell therapy shows is that you can unleash the immune system. If we can do it for melanoma, maybe we can make it work for other kinds of cancer. That would be fantastic.”