From the Andes to the Amazon: diagnosing breast cancer in Latin America just got easier

New technology “by women, for women” is making mammography more comfortable for patients in Colombia and Brazil 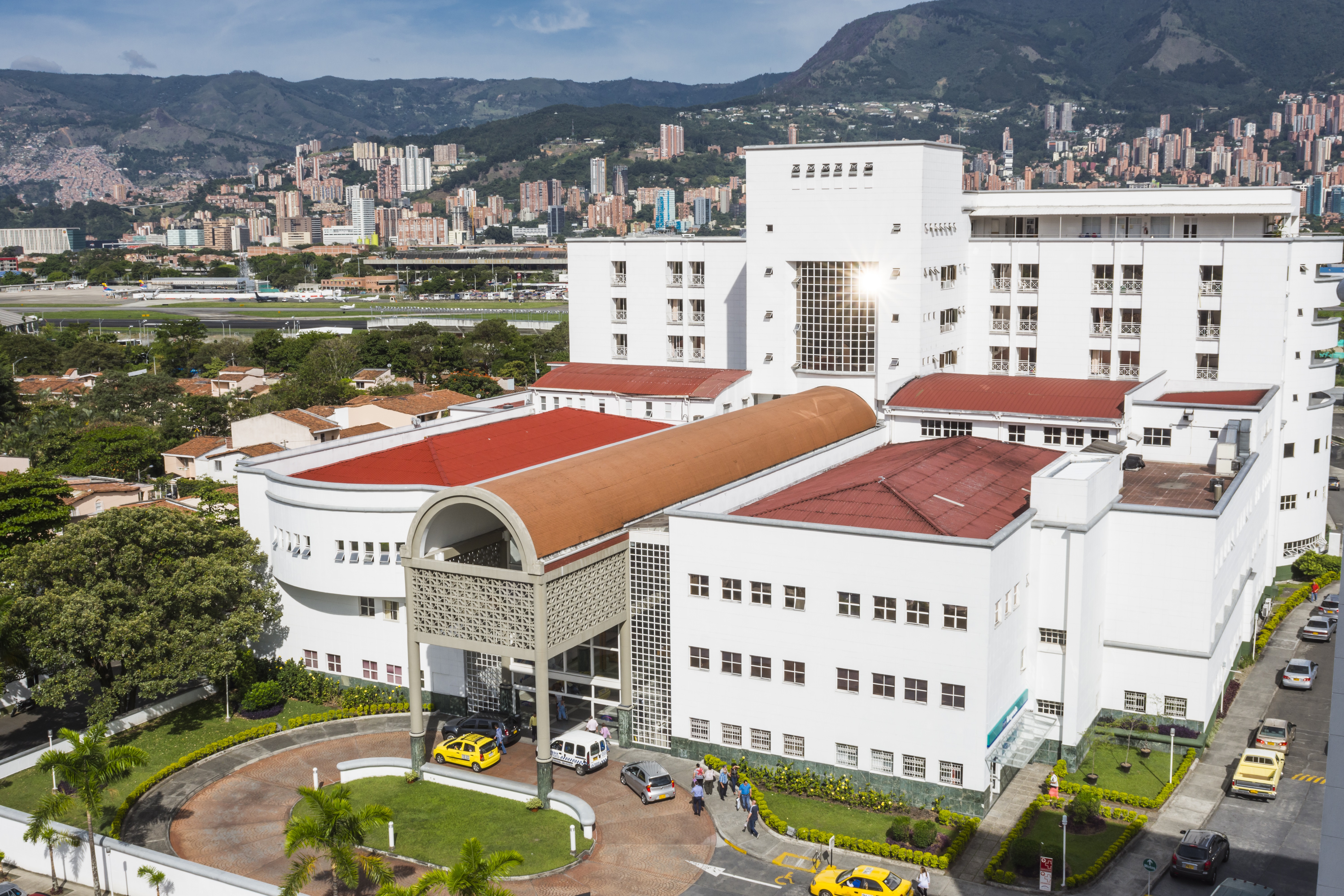 When you see Medellin, Colombia and Manaus, Brazil on a map, they stand alone among the miles of lush jungle and rolling mountain peaks around them. Medellin is a city of 2.5 million people in the northwest part of Colombia, in a valley of the Andes Mountains, and Manaus is a city of 2.1 million residents in northern Brazil, in the middle of the jungle on the Amazon River.

Despite the pristine natural beauty, both cities – along with clinics and hospitals throughout Latin America – are dealing with high rates of breast cancer. According to the World Health Organization (WHO), breast cancer is the most common cancer among women in Latin America.

A mammogram is often considered the best way to detect breast cancer early, which can reduce a woman’s risk of dying from the disease by 25% to 30 percent[1]. But many clinics and hospitals lack mammography technology that could increase early detection and reduce breast cancer mortality. Even when mammography technology is available, many women avoid their annual exam because of the fear and anxiety from the exam discomfort[2].

That’s why 81 clinics and hospitals throughout Latin America have chosen to install the Senographe Pristina*. The “Pristina” was designed by a team of female engineers and designers to change the entire mammogram experience by making it more comfortable. It was developed with the latest imaging technology for clear results and accurate detection of lesions. 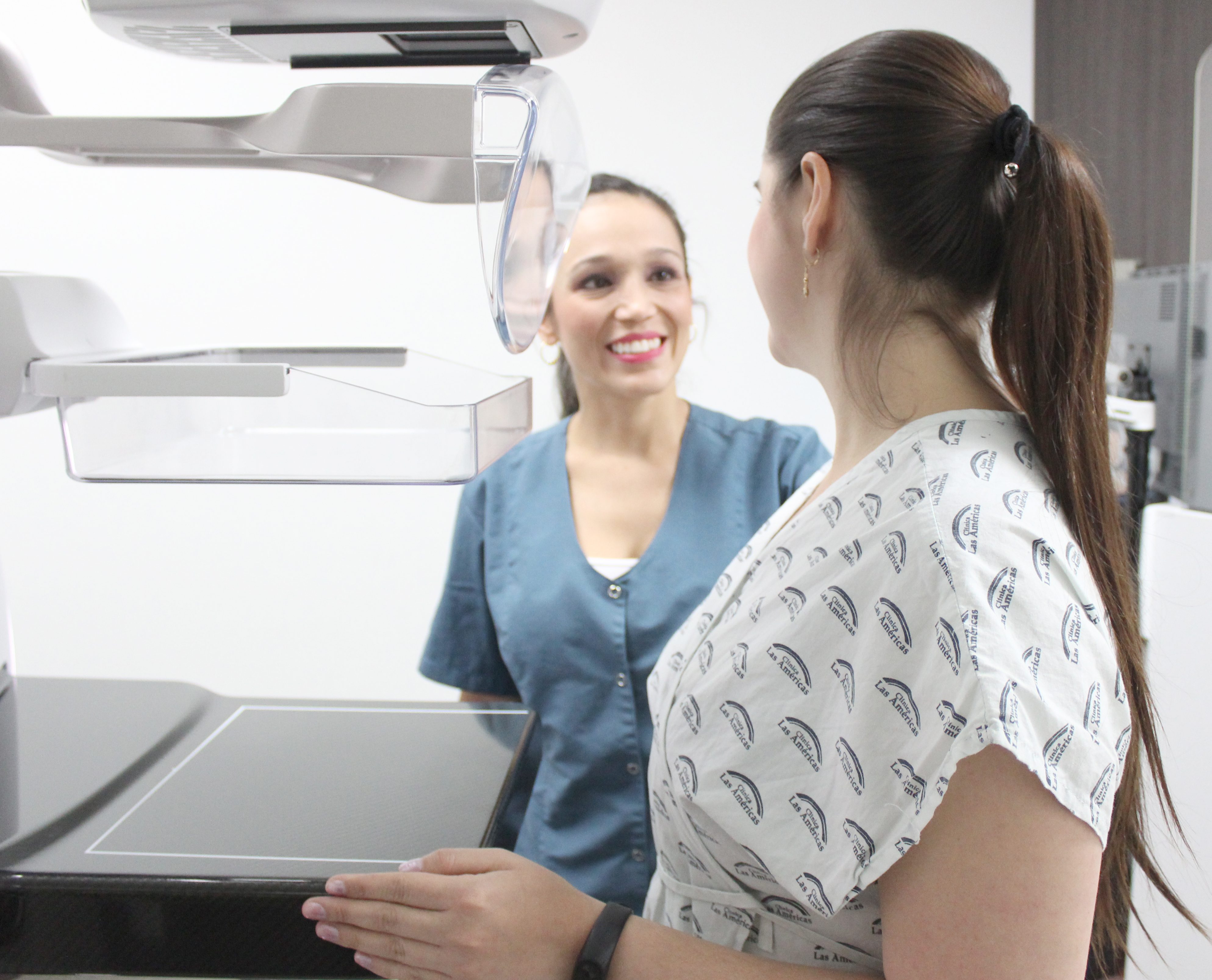 The Clinica Las Américas in Medellín installed two Pristina systems with stereotactic biopsy* to handle approximately 62 mammograms per day – 9,000 mammograms per year. The clinic chose Pristina to improve the experience for the patient and reduce radiation dose during tomosynthesis* and mammography.

This design changes the patient’s stance. Instead of requiring patients to grab conventional handgrips, which may cause tensing of pectoral muscles and therefore make it harder for the technologist to acquire clear images, patients can lean comfortably on armrests and relax their muscles to simplify positioning, compression and image acquisition. This helps mammo techs get a clear image for radiologists to review, which could lead to more accurate diagnoses.

The clinic says the system has “exceeded expectations” and most patients report that an exam on Pristina is less painful.

“The open and innovative design of Pristina creates an atmosphere of tranquility and comfort, ideal for patients who come with stress and anxiety due to this type of exam,” according to Clinica Las Américas. “Patients do not feel pressure or have to make any effort to get the proper positioning, as the equipment has support for patients’ arms and head that makes it more comfortable.”

Technologists appreciate the easy positioning of the patient, which streamlines the workflow and helps prevent recalls. Technologists say the system is easy to use and user-friendly, and radiologists say the work station allows them to use of all the tools for accurate detection. Plus, it produces high-resolution images without artifacts.

The Instituto de Mama do Amazonas in Manaus, Brazil, installed Pristina in November 2017. As the only oncology hospital in the state of Amazonas – an area more than twice the size of Texas – the clinic conducts 35 to 45 mammo exams every morning. 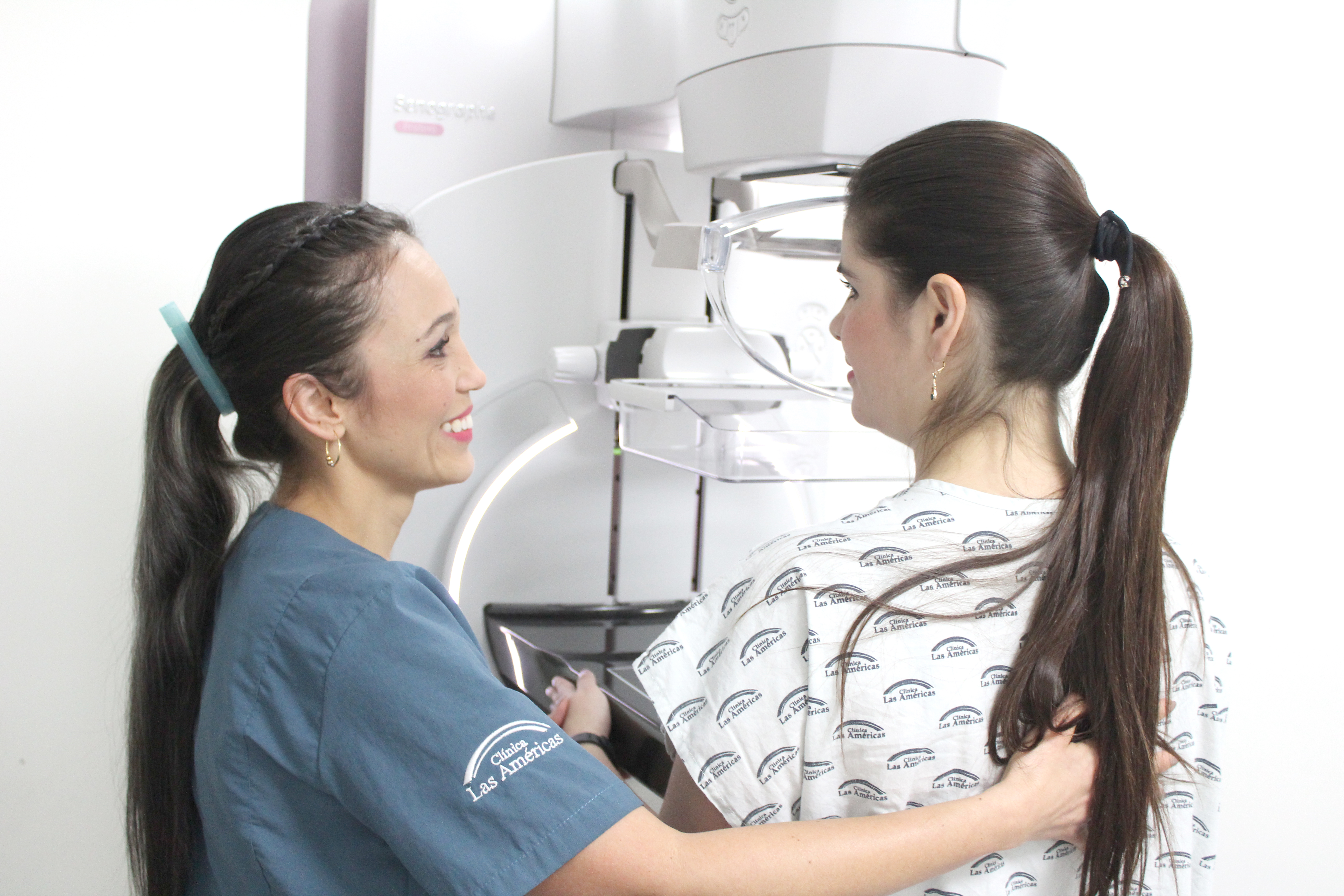 Like Clinica Las Américas in Medellín, the Instituto de Mama chose Pristina for the low dose of radiation during tomosynthesis, as well as fast acquisition of images and comfort for the patients. The decision was also strongly influenced by Pristina’s industry-first patient-assisted compression device, called Pristina Dueta*. This remote control allows women to adjust the amount of breast compression pressure, under a technologist’s supervision, empowering patients and giving them a sense of control during the exam to minimize the perceived pain and discomfort often associated with a mammogram.

Patients are already giving Pristina positive feedback: A survey of 800 patients showed that 70 percent of patients felt less pain on the Pristina than past exams[4]

Although Pristina’s tomosynthesis capabilities added about 10 minutes to the exam, Dr. Sabrina of Instituto de Mama do Amazonas notes the exam is now significantly more accurate, which is helping them address difficult cases.

“In the north region, everything is too slow, it takes too long to receive the results,” she says. “For these patients, we are trying to speed things up so that we have a higher survival rate. Tomosynthesis may have saved the lives of these women.”

Overall, the clinic and its patients are impressed with Pristina.

“With Pristina, early detection of the cancer is increased, which increases the survival rate of the patient, and that makes me very happy,” says Dr. Sabrina.