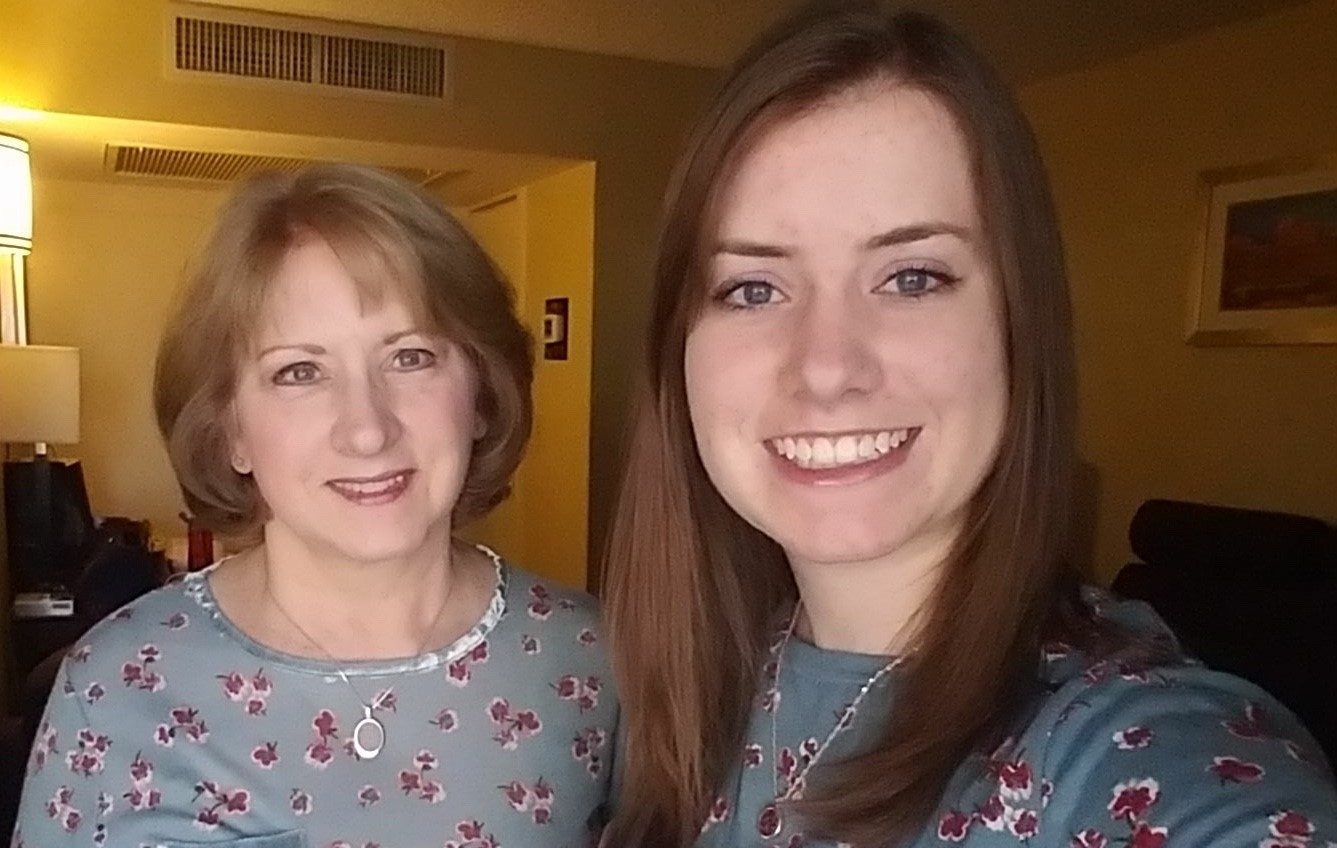 In 2016, Jan retired from a successful career and was looking forward to spending more time with family and friends. Her three children were scattered across the country, and she had plans to visit them.

However, her plans were put on hold in the spring of 2017.

Jan had been getting annual mammograms since the age of 40. In March 2017, Jan went to Ft. Jesse Imaging & Gale Keeran Center for Women in Bloomington, Illinois for her annual 3D mammogram (tomosynthesis).

This time, Jan learned something new in her test results letter. The radiologist told her that she was among the forty percent of women who have dense breasts. 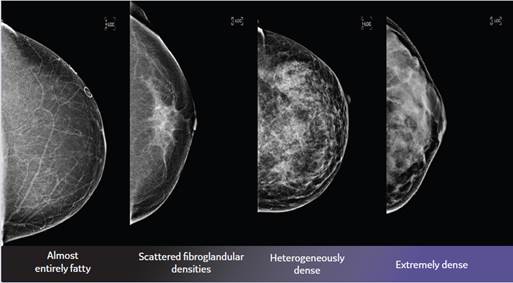 Breast density is reported as one of four levels ranging from “almost entirely fatty” to “extremely dense”. As breast density increases, the ability to find cancers hiding in the white, fibrous tissue decreases. Jan’s 3D mammogram revealed that she had heterogeneously dense breasts. Therefore, it was recommended that she have additional imaging with 3D ABUS.

Breast density is a measurement of the amount fatty tissue versus the amount of fibrous tissue in the breast. The more connective tissue there is, the denser the breast tissue is and the whiter it will look on a mammogram. Both cancer and dense tissue show up white on a mammogram, so looking for tumors in women with dense breasts can be like looking for a snowball in a snowstorm. Due to this, cancers may be missed by radiologists.

Because of Jan’s high breast density, the doctor ordered an automated breast ultrasound (ABUS) exam to be sure they weren’t missing anything.

“ABUS is a great option for patients with dense breasts, in conjunction with mammography,” says Marie Stork, lead mammography technologist at Ft. Jesse. “As technologists, we do our best to explain the benefits of the technology.” 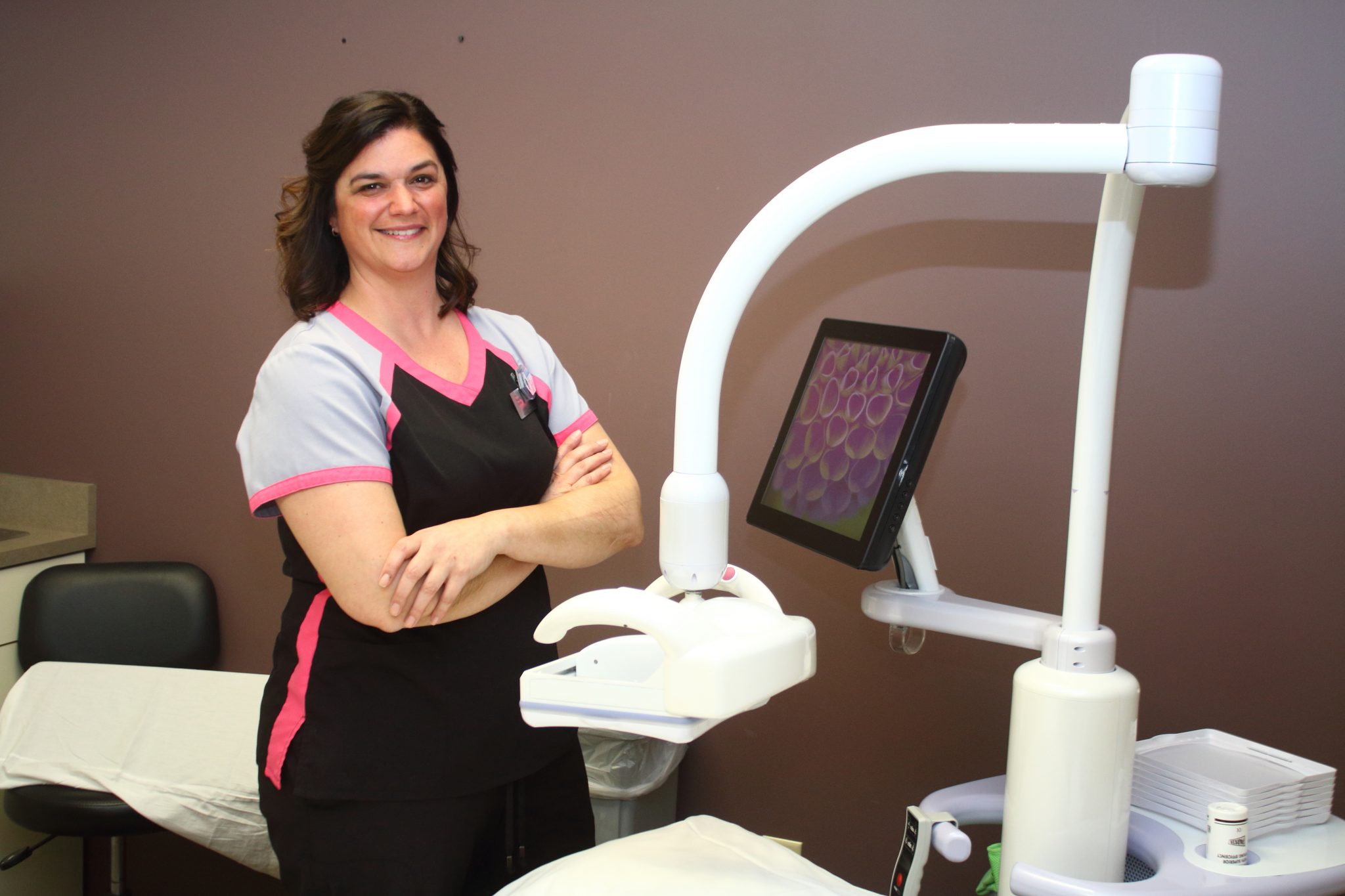 Marie Stork with the Invenia ABUS

Within a week, Jan received the unfortunate news: she had stage one breast cancer.

“I had never heard about dense breast tissue,” says Jan. “It came as a complete shock, but I was glad that there was technology available that could see through it and find my cancer early.”

The team at Ft. Jesse Imaging & Gale Keeran Center for Women performs approximately 25 ABUS exams every week. Mammography may miss cancers in dense breasts; however, the Invenia ABUS from GE Healthcare has been proven to find more invasive cancers after a normal or benign mammographic finding.

“ABUS looks at the breast in a different way than the screening mammogram,” says Dr. Daniel Ha, Jan’s radiologist. “In Jan’s case, the ABUS could see through the density and detect a cancer that was not seen on her 3D mammogram. Even with the best mammogram available today, 3D mammography is still challenged in high breast density. For Jan, ABUS provided a more comprehensive way to look at the breast.” 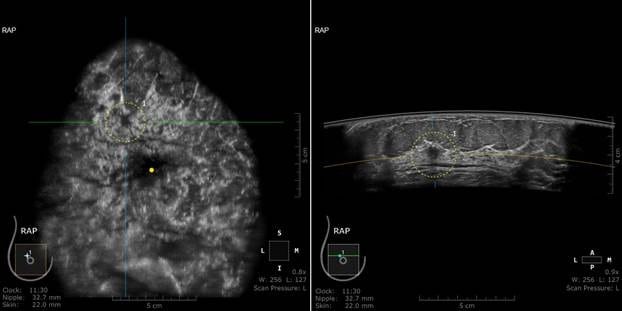 The ABUS exam demonstrated a .7cm lesion in the right breast. The lesion was not seen in her screening 3D mammogram, as it was likely obscured by dense breast tissue.

Jan’s treatment plan included a lumpectomy, 33 radiation treatments, and oral chemotherapy drugs. Fortunately, she is doing well today. She will continue to get annual mammograms and ABUS exams. 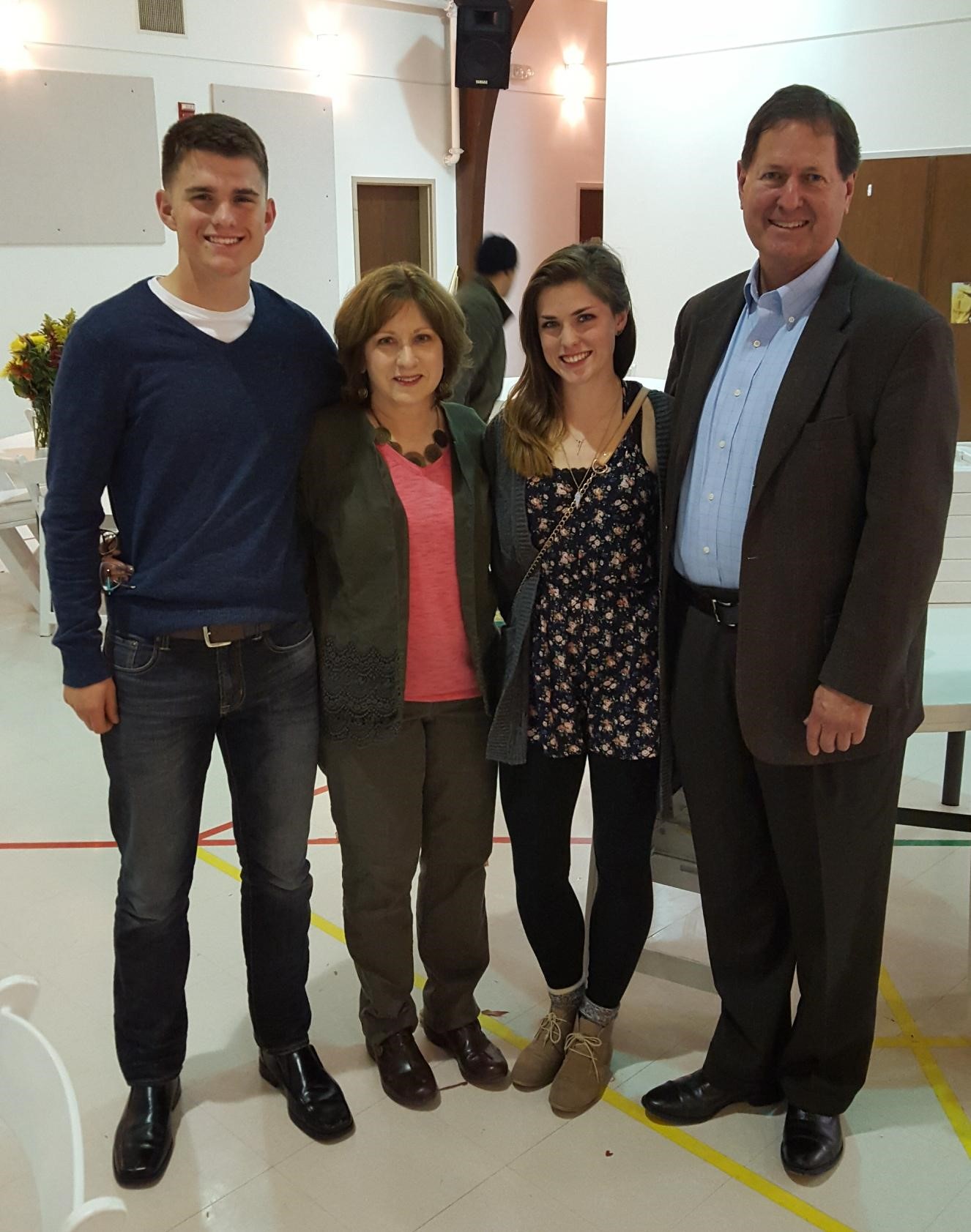 Jan with her family

“ABUS and screening mammograms are complementary to each other and when combined adds the best patient outcome,” says. Dr. Ha. “If Jan hadn’t had the ABUS exam, her cancer would not have been detected until it was a palpable lesion found during a clinical exam or had become aparent on a mammogram. It might have been at a more advanced stage with less treatment options available.”

Jan is looking forward to celebrating Mother’s Day with her family on Sunday. “Following my cancer diagnosis, my mind went crazy thinking about whether my children would even have a mother, and whether I would get to meet my future grandchildren,” Jan says. “Mother’s Day was always a special occasion for me, but it’s become even more special in the last year, and I feel truly blessed.”

On Sunday, May 13, the United States and several other countries around the world celebrate Mother’s Day.

Studies show that mammography may miss over 1/3 of cancers in dense breasts, which may affect upwards of 40% of women in the U.S. between the ages of 40 and 74. The Invenia ABUS is a comfortable, non-ionizing alternative to other supplemental screening options for women with dense breast tissue. Research shows that ABUS can find small, invasive, node-negative cancers that mammography alone may miss.

In an effort to advance research in this area, GE Healthcare is sponsoring a series of calls for proposals for the Invenia ABUS product focusing on different topics related to ABUS. Up to four winners will receive up to $25,000 (USD) each in grant funding (a “grant award”) over a six-month period to support research addressing any aspect of breast imaging.