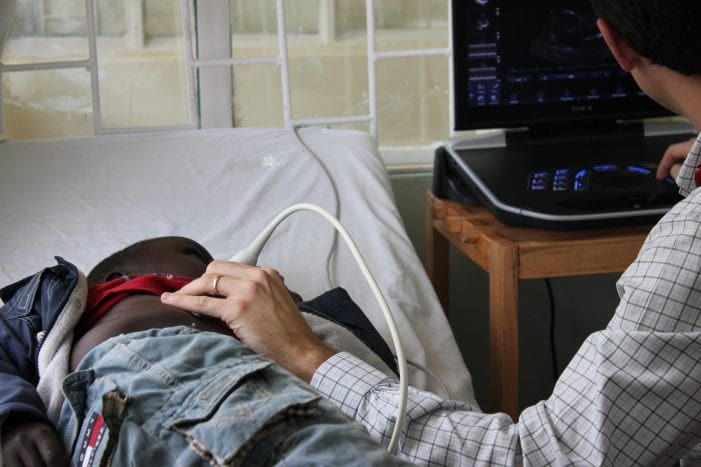 Straddling the Equator, Kenya is home to nearly 52 million people. With beautiful lakes, mountains, and wildlife, it attracts people from around the world.

Yet, when it comes to advanced imaging technology, the options are limited. Many of the hospitals have outdated equipment in dire need of repair. In many cases, people travel far distances to get the necessary care, or they may wait days to get an appointment. This is a significant challenge for its residents, particularly for the 1.5 million people who are HIV positive.

Since 2016, a group of doctors from Duke University’s Hubert-Yeargan Center for Global Health and Duke Pediatric Cardiology have been traveling to Eldoret – a small town in western Kenya – to monitor the cardiovascular health of children born with HIV. Specifically, the medical team uses Strain measurement to look for early detection of HIV-associated cardiomyopathy (a chronic disease of the heart muscle). This enables any early intervention and prevents further worsening of cardiac function. Because traditional echocardiographic measures were not accurate, cardiomyopathy often goes undiagnosed until later stages of the disease.

Equipped with a Vivid™ iq portable cardiovascular ultrasound, the team managed to scan more than 640 children and adolescents between the ages of one and 25. The team also met with the local medical team and residents to talk about overall cardiovascular health, covering blood pressure, exercise, and weight control.

In addition to limited healthcare technology, the more intricate exams are often too expensive for these families. In fact, the average family income is approximately $60 per month, and a single private practice exam can cost $100. 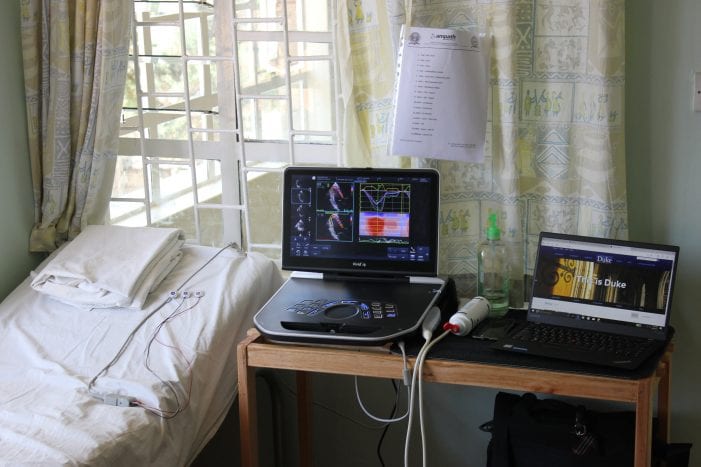 “The medical team was so excited to see this advanced ultrasound system,” says Dr. Andrew McCrary, a pediatric cardiology fellow. “With the Vivid iq, we could do all the cardiac measurements directly on the machine in real time, and not have to deal with a significant back log of unread studies.”

Dr. McCrary recalls one particular case in which the team was able to detect a complication at the critical moment. “With the portable ultrasound, we found a significant congenital heart disease in a 12-year-old girl,” McCrary says. “Fortunately, we were able to refer her to the one hospital in Eastern Africa that could perform this surgery. They successfully repaired her heart, and she’s doing well today.”

McCrary and the team are analyzing the results, but their initial findings have shown that approximately one-third of the children showed signs of early cardiac dysfunction. However, the dysfunction was not strongly associated with the HIV level, but more so with systemic inflammation. They will head back to Kenya next year to visit with the medical team and see how the children are doing.