Canine vs. Cancer: Seeing the Unseen with Ultrasound, and Man's Best Friend

When Karen’s 110-pound Doberman kept nudging her in the same spot, she decided to see a doctor 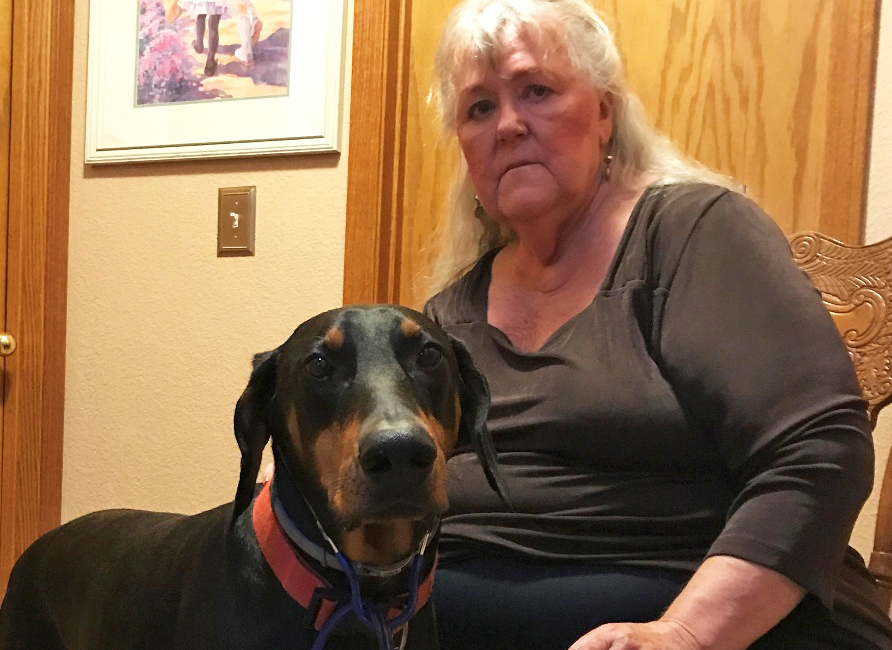 Pets provide great companionship, and many are even considered part of the family. In this case, Karen Edelmann’s dog pointed her to a cancer she would’ve otherwise missed.

Karen and her husband never thought they would own five dogs but after adopting three and rescuing two others, they can’t imagine it any other way. Their four smaller dogs run the household, while Apollo, the 110-pound Doberman, is the sweetheart who would be a lap dog if his size allowed.

Several months ago, Apollo started nudging Karen under her breast. “The first time he did it, he jumped back as if something had scared him,” Karen recalled. 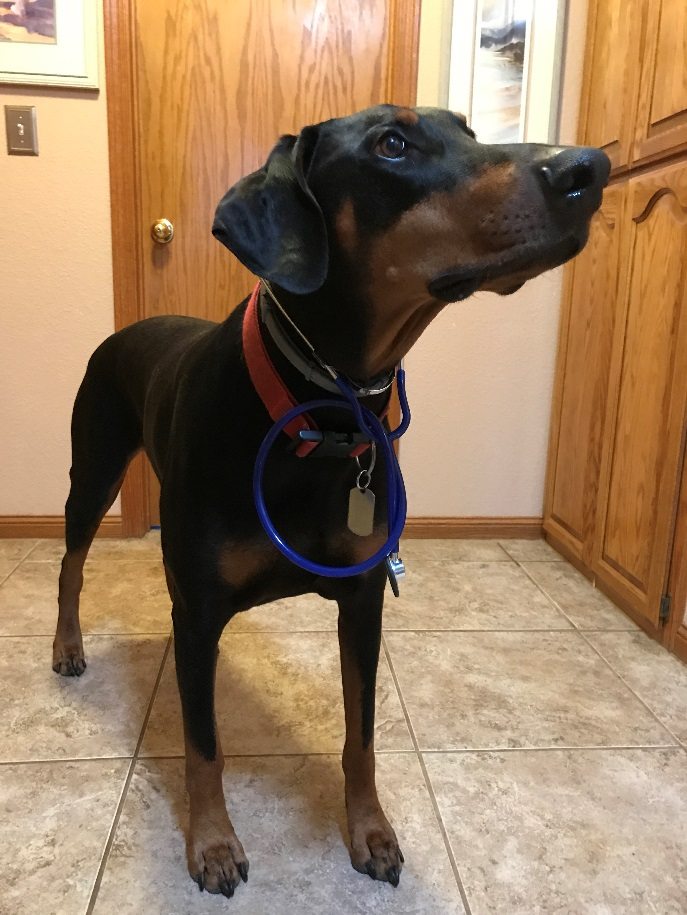 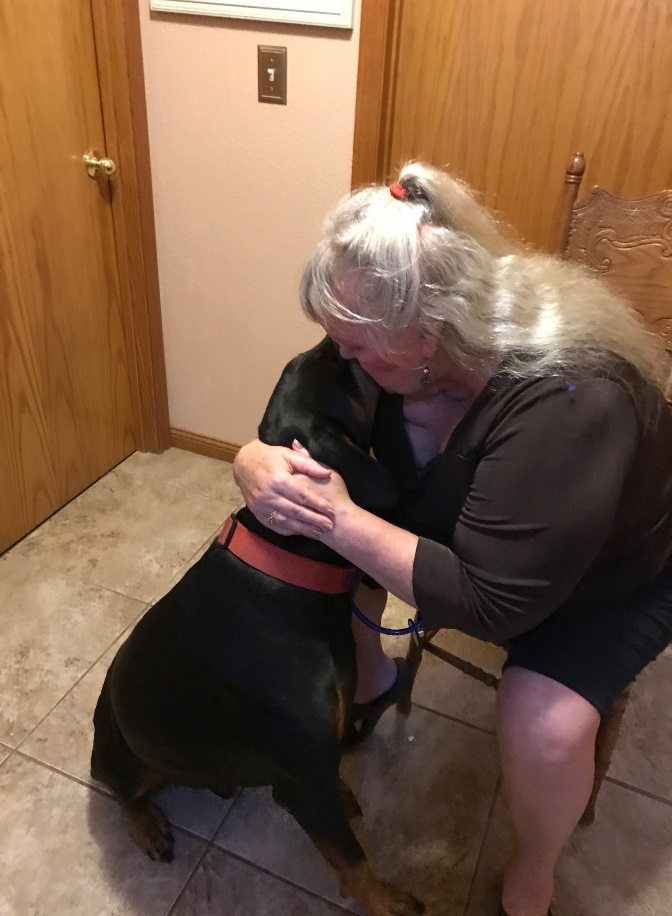 At first, Karen didn’t think much of it, but Apollo persisted. He continued to prod the same area several times a week. “It was always the left breast too, never the right,” she said.

Karen eventually visited Dr. Ian Grady at North Valley Breast Clinic in California to have the area checked. Dr. Grady told Karen that she is among the forty percent of women who have dense breasts.

Breast density is a measurement of the amount fatty tissue versus the amount of fibrous tissue in the breast. The more connective tissue there is, the denser the breast tissue is and the whiter it will look on a mammogram. Both cancer and dense tissue show up white on a mammogram, so looking for tumors in women with dense breasts can be like looking for a snowball in a snowstorm. Because of this, they are often missed by radiologists. 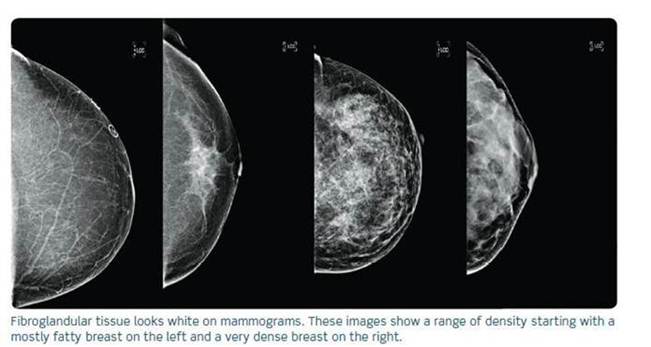 Because of Karen’s breast density, Dr. Grady ordered an automated breast ultrasound (ABUS) exam to be sure he was not missing anything. Within 24 hours, Karen received the dreaded news: It was Stage 1 breast cancer in the exact spot where Apollo had nudged.

“They wouldn’t have found my cancer without the ultrasound,” Karen said.

Fortunately, Apollo was there to alert Karen. Dogs have up to 300 million olfactory receptors in their noses, compared to about six million in humans. Additionally, a dog’s brain possesses the ability to analyze smells 40 times more intricately than the human brain. Cancerous cells release different metabolic waste products than healthy cells, creating a smell that some dogs might be able to detect.

“Karen’s tumor was missed on a mammogram because it was masked by her breast density,” Dr. Grady said. “If she hadn’t come in when she did, the tumor would’ve continued to grow and eventually would’ve been palpable. By that time, it could have been Stage 2 or more and required a much more aggressive treatment.” 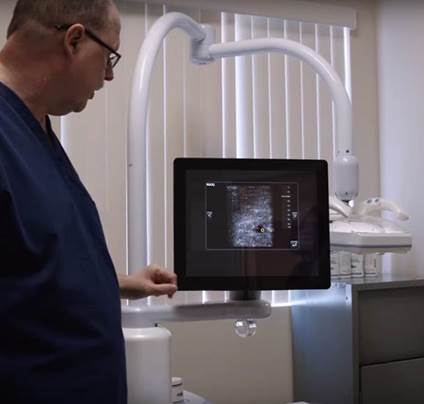 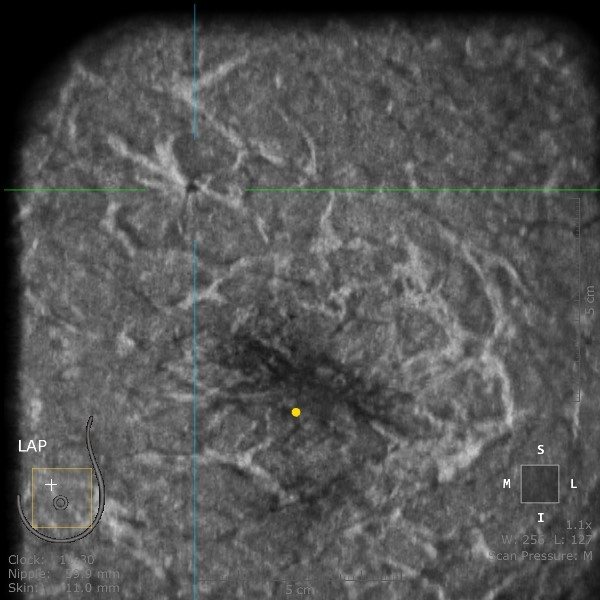 Dr. Grady and his team perform 12 to 20 ABUS exams every day. He noted, “We’ve really seen an increase in early detection with ultrasound. In fact, we find that almost all cancers detected on the ABUS are Stage 1.”

With early detection, Karen was able to avoid chemotherapy and has a shortened radiation schedule. She remains optimistic about the future, and looks forward to spending more time with Apollo.