This Mother’s Day, breast health advocates’ daughters share how their moms have inspired them 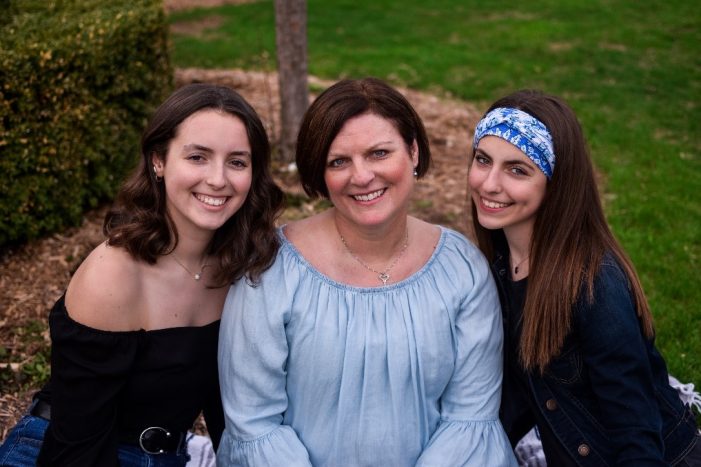 Gail Zeamer with her daughters, Sophie and Claudia

“It’s 2017. How are women still falling through the cracks?” asked Gail Zeamer. She had received three “normal” mammograms, even though she could feel a lump. It was only when a provider also felt the lump and sent her for an ultrasound that she received the diagnosis: stage 3C breast cancer.

Gail struggled to understand how her mammograms could have missed such an advanced cancer. It turns out she is among the estimated 40 percent of women who have dense breasts. Gail’s experience prompted her to become a fighter - for herself and for other women. Fortunately, Gail is not alone in this fight. She is surrounded by countless passionate women who have found themselves or their family members in similar situations.

As part of Mother’s Day, these advocates’ daughters share why they are proud and inspired by their mothers’ achievements.

What was your mom’s breast cancer journey, and how did this affect your family?

Sophie and Claudia: February 3, 2016 was the day our mom got the news. We were shocked, confused, and sad but from the very beginning, we said we were going to get through this as a team. A few weeks later, our mom started the first of six rounds of intense chemotherapy. After she recovered from chemo, she had a double mastectomy surgery, an event that challenged not only our mom’s resilience but our family’s. Following months of recovering, she went through 30 rounds of radiation therapy and finally after about a year and a half, she was in remission. Since then, she has gone through another reconstruction surgery and worked tirelessly advocating for women's health legislation so that no woman or family has to go through what we went through.

Our mom’s cancer diagnosis is one of the defining moments of our family. Through that first week, our family tried to keep things as normal as possible and our parents did their best to stay positive. As they say, “what doesn’t kill you, makes you stronger” and that was the main quote we lived by.

Why do you think your mom decided to become an advocate?

Sophie and Claudia: Our whole life, our mom has always put everyone before herself and after this missed diagnosis, she couldn’t imagine any other women having to go through that pain. She always told us that she had enough power to get through cancer, but other women shouldn’t have to and that’s why she wanted to get involved.

Our mom worked with our Wisconsin state representative to create a bill that helps women to be informed about their breast density, as it was a contributing factor to her late diagnosis. She advocated for the breast density legislation for over a year, and the bill was signed into law in Wisconsin in 2018.

This inspires us because we saw every single step of what happens with someone going through cancer treatment, and to have it be our mom was an eye-opening event. Her resilience through the whole process, no matter how hard it would get, was truly the most inspirational thing we have ever had the opportunity to experience.

We could not live without our mom. She has been there 24/7 for us since the day we were born and has always been a rock to the whole family. She has made a big impact on many people’s lives. Although not every woman whom the bill will affect may know that our mom was the reason for it, we are sure they will forever be grateful that someone spoke up and created the bill. 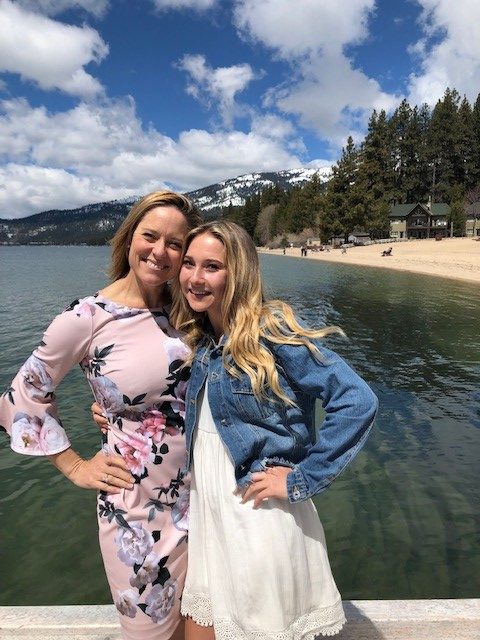 Wendy Damonte and her daughter, Eva

How did your mom become a breast health advocate?

Eva: My grammy was diagnosed with cancer one year after my grandpa died. She fought hard for an entire year, but in the end, cancer fought harder. She passed away in 2011. My mom was devastated when she died. Grammy was a huge part of our family.

I vividly remember a late Friday night when I went to work with my mom in the newsroom. That night she got a phone call that her mom had dense breast tissue. My mom’s determination to figure out the real cause of her mom’s death is how she became so passionate about breast density awareness.

How has your mom’s work inspired you?

Eva: When my mom got shut down and didn’t get the answers she was looking for, she got up the next day and fought harder. I love her, and her passion inspires me every day. Her work also makes me feel safer because now I know I have to find out if I have dense breast tissue. I think my grammy may still be alive if she had known.

Would you describe what your mom means to you, your family, and to others who she advocated for?

Eva: My mom is incredibly strong and does so many things for people. I know she is saving lives in Nevada and the country because of her efforts in dense breast tissue awareness. My mom is my best friend, and I’m so proud of her. 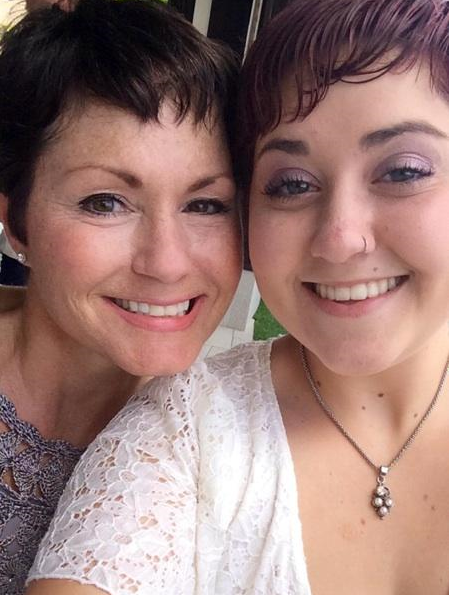 Tammy Krichmar and her daughter, Emily

What was your mom’s cancer journey?

Emily: When my mom’s cancer journey began, I was in 9th grade and pretty unaware of the situation. My mother discovered a lump in her breast, so she went to her OBGYN. They performed several mammograms and found no abnormalities, but my mom insisted that she had a sizeable lump in her breast. After a physical exam the doctor agreed that it was abnormal. Following the biopsy, my mother was presented with the option to either do a lumpectomy or a mastectomy. She decided on the mastectomy because her odds were significantly better. Thankfully she did because she had several spots of cancer throughout her breast tissue that would have taken her life had she chosen otherwise.

She went through chemotherapy for several months. She wasn’t able to do reconstructive surgery right away because there wasn’t proper blood flow to her breasts, so she had to wait until she was fully recovered and healthy. She had several painful procedures to reconstruct her chest including muscle stretching and nipple tattooing. My mom has now been cancer-free for nine years!

What was the impact of your mom’s advocacy?

Emily: My mom joined a national organization for women with dense breast tissue that was trying to change laws in their states. She became involved in writing the laws for Florida and was an activist for all the women who had been victimized by the ignorance, arguing that women should be notified of their dense breast score and receive the same medical reports from breast exams that the doctor receives. She was contacted to be a part of a breast cancer documentary called Happygram that was the first of its kind, opening the world’s eyes to what dense breast tissue means, what it could mean to you, and how it has affected thousands already.

Would you describe what your mom means to you, your family, and to others who she advocated for?

Emily: My mom is a pillar of strength in, not only my nuclear family, but also my extended family. Everyone knows her as this tiny fireball of life, energy and general warmth. To people that she has advocated for, personally I can’t speak for them, but I can imagine they feel the exact same way I do and are immensely grateful for all she has done to bring awareness. My mom is and always will be my best friend. She is my teacher, my nurturer, my guiding light, and best role model. I can only hope someday to be as amazing as a mom to my children as she was to me. Happy Mother’s Day, Mommy! I love you to the moon and back.

Breast density is reported as one of four levels ranging from “almost entirely fatty” to “extremely dense”. As breast density increases, the ability to find cancers hiding in the white, fibrous tissue decreases. To find hidden cancers that mammography may miss in dense breasts, a supplemental exam may be an option for these patients. When used in addition to mammography, Invenia™ ABUS (Automated Breast Ultrasound) 2.0 can improve breast cancer detection by 37.5 percent over mammography alone.[1] Click here to find a facility with ABUS near you (United States, Canada, and Bahamas only).

On Sunday, May 12, the United States and several other countries around the world celebrate Mother’s Day.