Anne is fighting to scale up HIV services in South Sudan

2018 Heroine of Health, Anne, has made great strides battling HIV in South Sudan 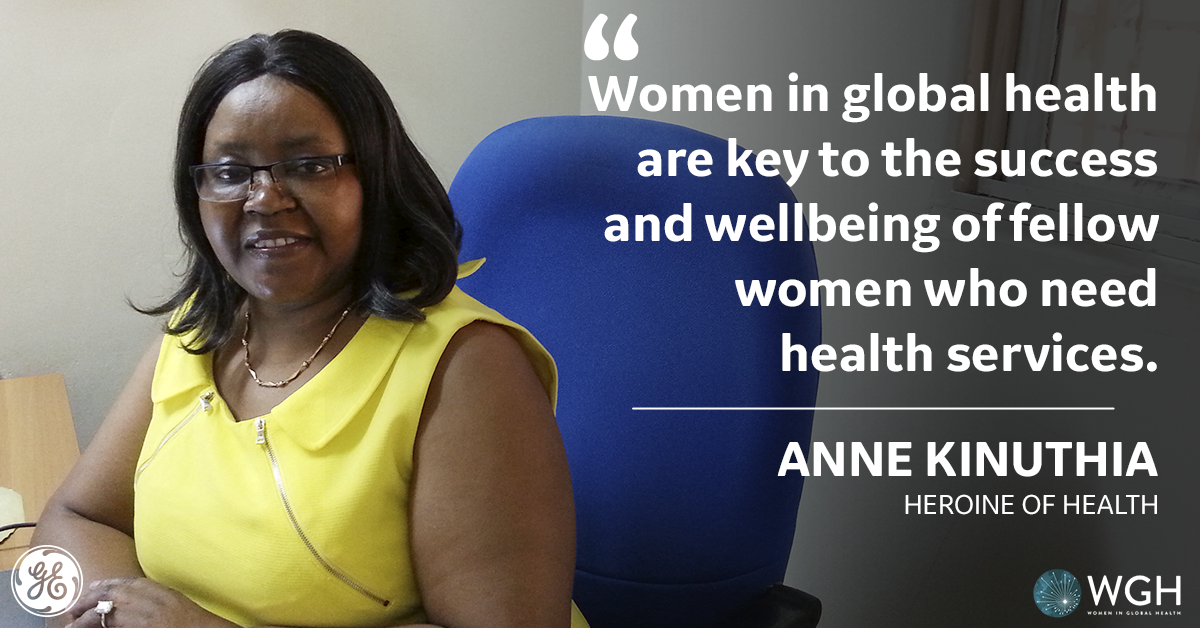 At the World Health Assembly this year, GE Healthcare and Women in Global Health, a movement that strives for greater gender equality in global health leadership, are joining forces to honor and celebrate women in global health. Anne Kinuthia, 2018 Heroine of Health is being honored for her work in sexual and reproductive health rights, maternal and child health, and her work battling HIV.

Tell us more about the work that you do with your organization.

Anne: I am the Country Representative for IntraHealth International in South Sudan. For the past five years, I have led a high-performing team tasked with the responsibility of introducing and scaling up HIV services in the country. We have successfully rolled out HIV testing, prevention of mother-to-child transmission and HIV treatment services in different regions of the country. We have also supported the Ministry of Health and the South Sudan AIDS Commission to develop the necessary guidelines and strategic plan to inform HIV programming in the country. Before I joined IntraHealth International in South Sudan, I worked in various other countries implementing HIV prevention and treatment services, reproductive health, malaria, nutrition, and human resources for health.

What inspired you to get involved?

Anne: When I was a nurse in Northern Kenya, I saw patients who were stigmatized and discriminated, I witnessed women suffering in their search for health services and I tried save lives in understaffed and poorly equipped facilities. This ignited the urge in me to be an agent of change. I felt the need to do something that would bring change and highlight the crucial need of respecting human rights and dignity, reducing stigma and discrimination in communities, increasing access to quality services for the underprivileged, promoting gender equity in health, capacity development for health care workers and increasing transparency in governance in the health sector particularly in sexual and reproductive health rights and HIV prevention, care and treatment areas.

Can you share a moment/story about your work that solidified why you got into this line of work?

Anne: In 2003, when I worked in the Eastern part of the Democratic Republic of Congo, I was travelling from Butembo to Beni. In one village, we saw the inhabitants running in different directions. Within moments shelling begun and the villagers advised us not to proceed as the road was mined by rebels. The village elder quickly led our convoy into a bushy area and our vehicles were camouflaged with leaf twigs. We were led into a rundown building and inside was a group of women surrounding a woman in labor. The woman’s mouth was covered with a piece of cloth, preventing her from screaming as she groaned in pain. She was very pale. One of the traditional birth attendants (TBA) reported that the child was lying transverse. Outside the room, the fighting was dying down and the rebels were said to have passed by.

As we were discussing with the TBA on how to take the mother to the hospital for further care, a man who was listening to our discussions went to where the mother in labor was lying, pulled out a pen knife and cut the woman’s abdomen open. Before we could ask him what he was doing, he was holding the newborn baby in his hands. Our first aid kit had minimum items and the villagers had next to nothing. We tied the umbilical cord and covered the mother’s abdomen with extra wrappers, she was bleeding profusely. Everyone deserves the right to proper care. This traumatic experience further ignited the urge in me to do something about how care was delivered, even in emergency situations like this. 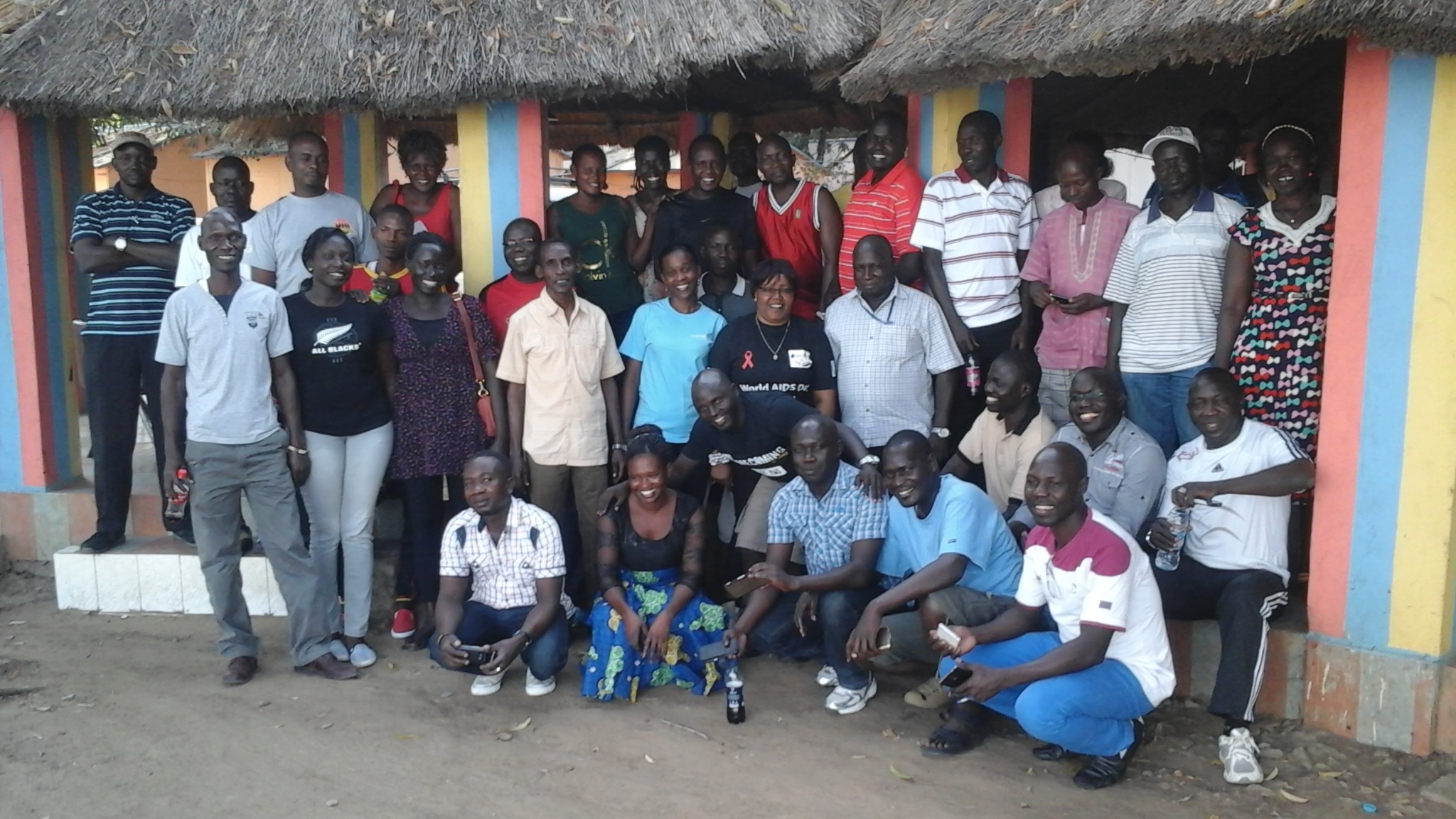 When was the moment you knew you had to step up and speak out?

Anne: When I arrived in the Democratic Republic of Congo, I was the only female staff among the entire team. The rest, including cleaners and cooks, were all men. I questioned my supervisor why there were no other female staff in the organization. The answer I got was that women in the country were not educated and therefore no role would befit them. My argument was that even if women never went to school, at least they could cook and clean. I insisted a female cook/cleaner would be hired. The young lady we ended up hiring was very eager to learn new things; she had been married off at a tender age of 14 and had very basic education. I was proud of her work and encouraged her to take on cooking courses. Every weekend she would travel to Bujumbura to take on the cooking lessons. By the time I left the organization, she had opened her own catering school and she became an inspiration to other women.

What advice do you have for the next generation of young women in global health?

Anne: Women in global health are key to the success and wellbeing of fellow women who need health services. Therefore, they should always aim to leave the place better than they found it because health workers “have lives in their hands”. Young women in global health should find the balance between their careers, families and their own wellbeing. They should always strive to do their best and to leave legacies or footprints as they journey in their careers.