Swimming across the Pacific Ocean to combat pollution – with the help of freeze dried foods, a wet suit and an ultrasound 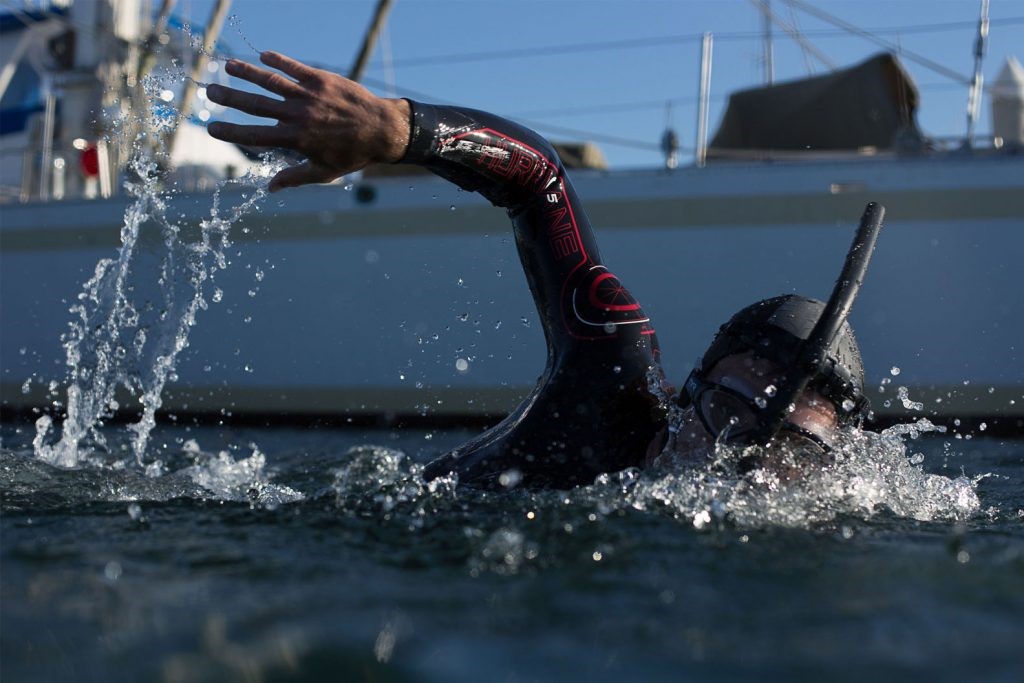 In the Pacific Ocean halfway between California and Hawaii, there is a massive swarm of bottles, bags, and other plastic debris known as the accumulation zone or plastic smog. It’s the largest collection of plastic in the world that covers 1.6 million square kilometers (an area twice the size of Texas) and weighs an estimated 80,000 tons. Fortunately, it’s getting more attention thanks in part to the efforts of Boyan Slat, CEO and Founder of The Ocean Cleanup - a non-profit organization developing advanced technologies to rid the world’s oceans of plastic. 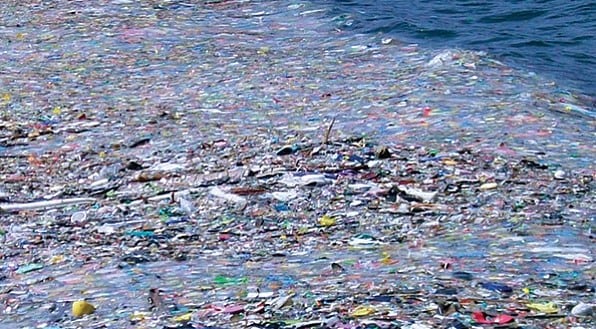 While people around the world are starting to make an effort to use less plastic – whether it’s bringing their own bags to the grocery store or using fewer plastic straws, this French-born American athlete decided he needed to do more.

In 1998, Ben Lecomte became the first person to swim across the Atlantic Ocean without a kickboard, in support of cancer research as a tribute to his father. Despite being followed by a shark for five days, stung by jellyfish, and completely exhausted, he successfully completed the swim in 73 days.

When he finally made it home, he told himself, “Never again.” But soon after, he wanted another challenge.

Now twenty years later, he has taken on the Pacific Ocean – the first known attempt. This time, he’s bringing awareness to pollution, climate change, and the devastating amount of plastic that is floating in the ocean. 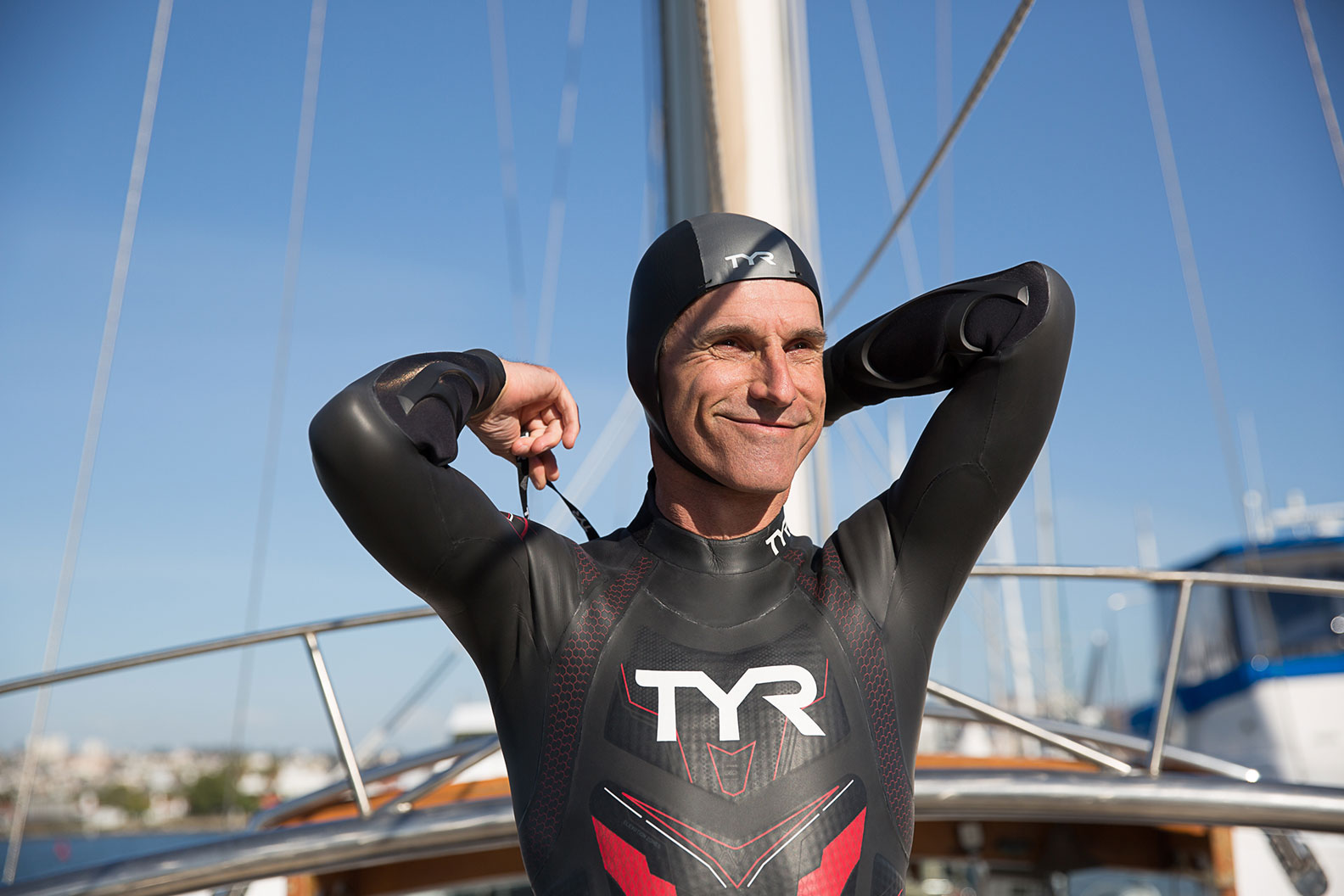 “I remember walking on the beach with my father as a little kid, and we never saw plastic,” Ben says. “Today, I walk on the same beaches, and they’re covered in plastic and debris. I decided the best thing I could to do to bring awareness to this issue was use my passion for open water swimming.”

On June 5, Ben and a crew of eight shoved off from Tokyo with the hope of arriving in San Francisco six months later. He plans to swim eight hours a day, covering approximately 30 nautical miles.

He’ll also swim directly through the largest collection of trash on the planet. “I have children now, and I’m worried about how the pollution will affect them,” Ben adds. 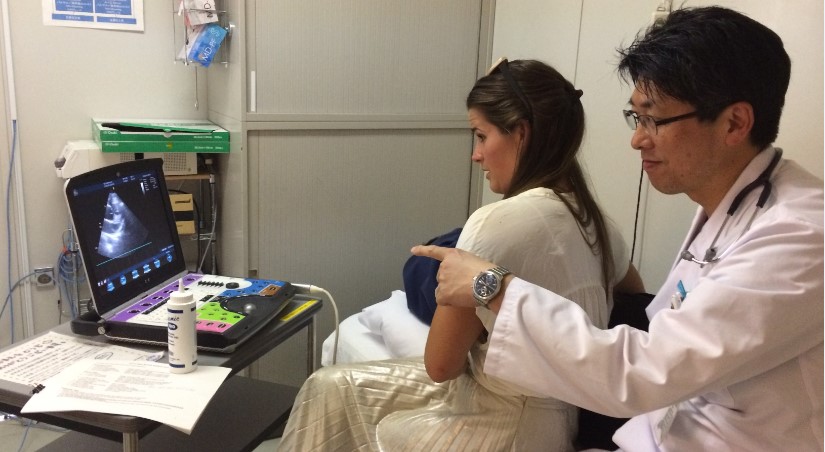 In the evening, Ben will join his crew on their yacht “The Seeker” to eat, rest, and sleep. The crew will mark his GPS location when he exits the water, and bring him to that exact spot to dive back in the next morning. The team is offering live coverage and plans to release biweekly documentaries in partnership with Discovery and produced in association with Nomadica Films. After the swim, the team will release a documentary feature. 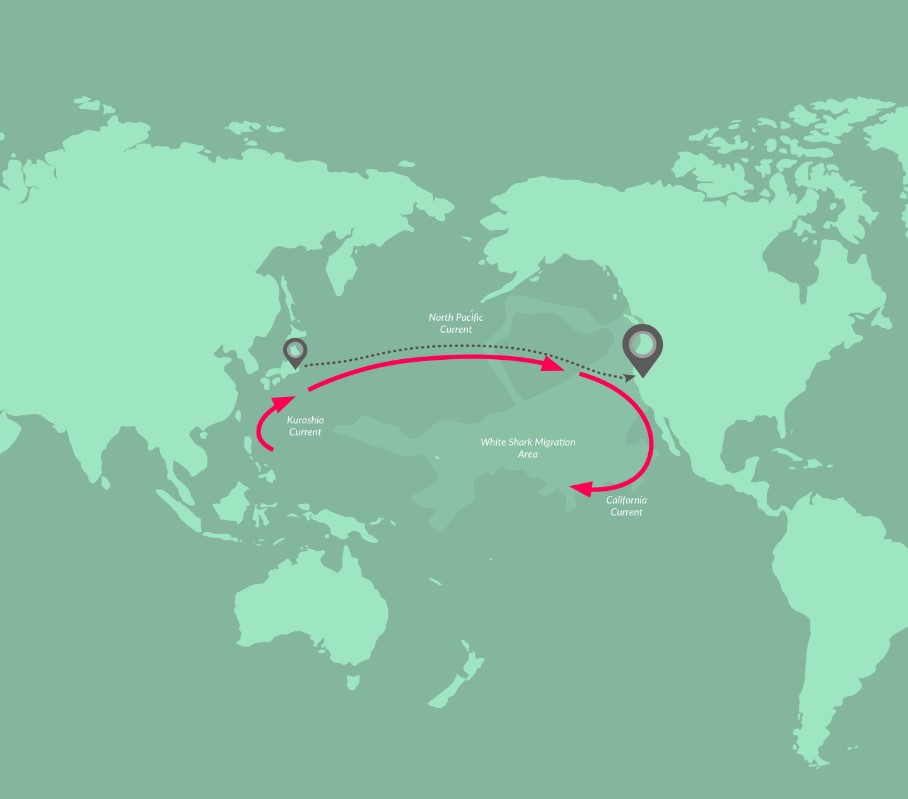 The crew is traveling with a laptop size ultrasound system from GE Healthcare called the Vivid q – the same ultrasound that’s used in the space station. Once a month, a sonographer onboard will monitor Ben’s cardiac activity.

Ben has been working with cardiologists, who are particularly interested in understanding how this swim will affect Ben’s heart. The data will be analyzed with GE’s speckle tracking technology to measure strain and assess the heart tissue function.

Ben is confident that his training, which included six hours of continuous open water swimming every day, has adequately prepared him for this journey.