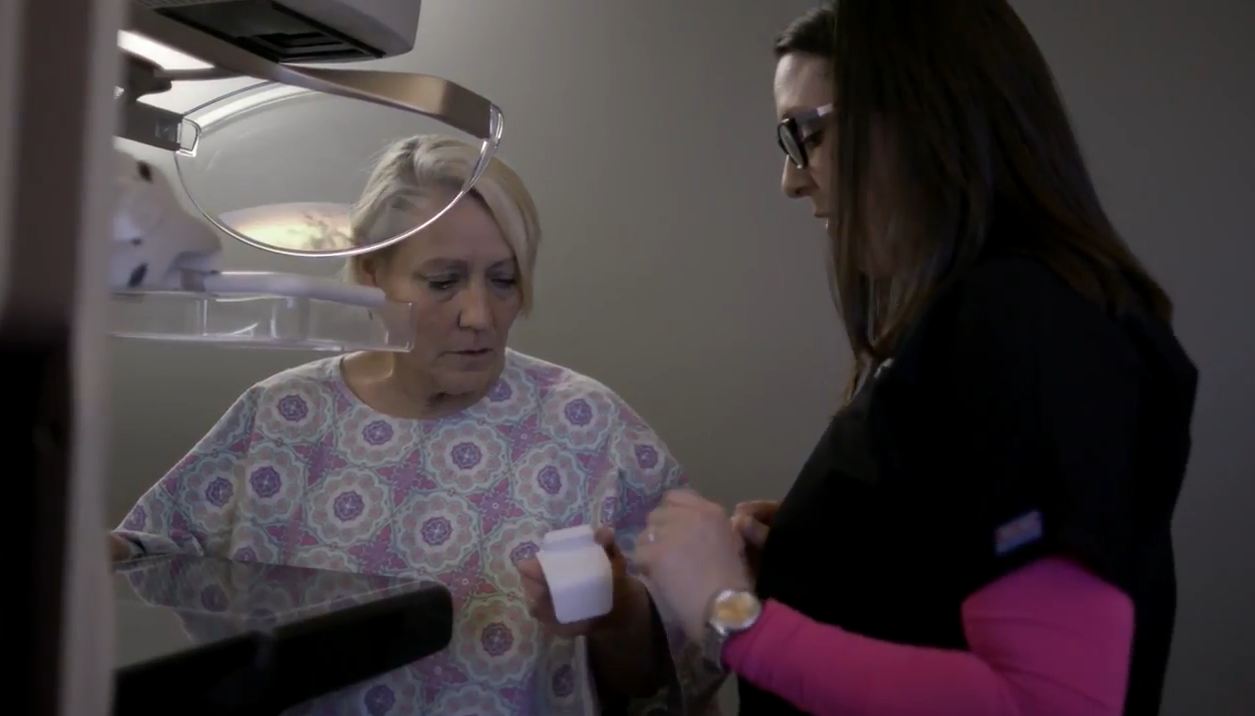 1. Women say this small device is changing their perception of getting a mammogram

Senographe Pristina* features the option for patients to use an industry-first patient-assisted compression remote control device, called Pristina Dueta*, to enable the patient, under the guidance of a technologist, to set the compression that feels right for her during her mammogram. A recent study conducted by clinicians at Imaging for Women evaluated the impact of patient-assisted compression on image quality, compression force, workflow and patient satisfaction during a mammogram. The site compared the compression force applied to each patient who used Dueta in 2018 with the force in the same patient when they underwent traditional mammography in 2017, before Dueta was implemented. The study included 1,814 patients, and 1,148 of those patients achieved higher compression than the previous year. [Read more…] 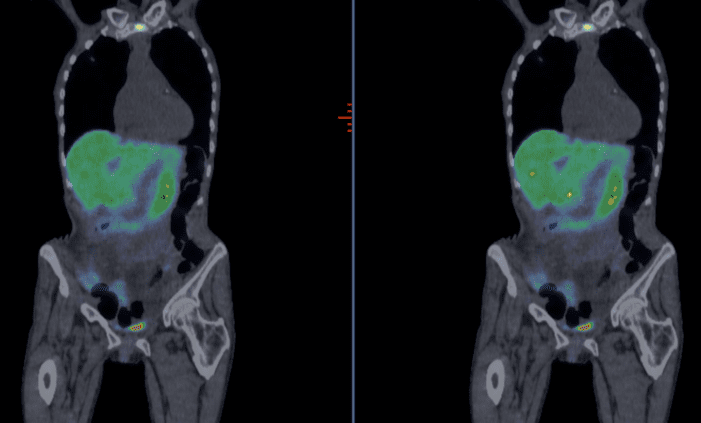 2. Lifting a Weight Off Your Chest: Patients Can Now Breathe Freely with New Tech

Over 50 percent of all PET/CT procedures – often used to diagnose, stage and monitor diseases, including cancer – are impacted by respiratory motion. This can lead to missed lesion detection, incorrect disease staging and higher dose delivery of radiation therapy to normal tissue. Now there is a new software solution that reduces the need for external gating devices, a device that is placed on the patient’s upper abdomen to limit the motion.With this new software, a weight is lifted off patients’ chests so they can breathe comfortably in the scanner – all while improving image quality. [Read more…] 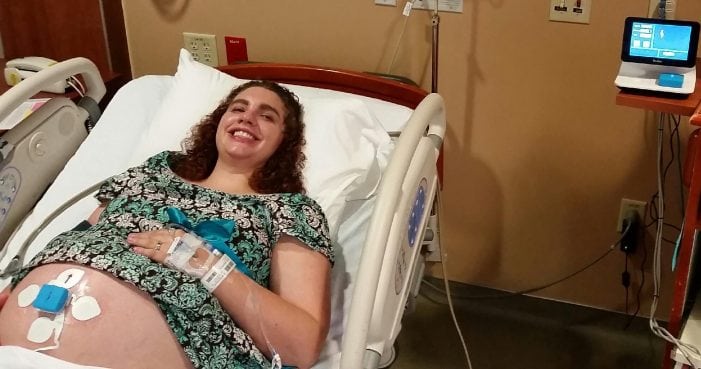 3. Honey, I shrunk the monitor – and made it wireless

In January 2018, Brigitta Fifield found out that she and her husband were expecting a baby boy, their third child. While labor is not typically considered a pleasant aspect of delivery, Brigitta was actually excited about this labor experience because she knew of a new technology available to expectant moms. As a labor and delivery nurse at Eastern Idaho Regional Medical Center (EIRMC), Brigitta had been using a wireless monitor – called the Novii from GE Healthcare – on her patients for months. “As soon as I found out I was pregnant, I knew I wanted the wireless monitor,” says Brigitta. “I was strapped to wired monitors when I gave birth to my first two children and the wireless monitor gave me a completely different experience.” [Read more…] 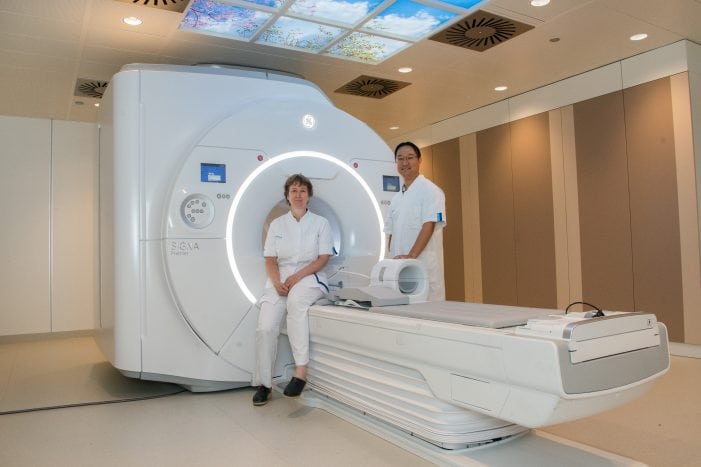 4. AIR Technology is so lightweight that it’s measured in grams instead of kilograms

Called coils, the units act like antennae and can help boost the signal during a scan. But patients find it uncomfortable to lie still for a 25-minute scan, especially with an arm wrapped in a bulky plastic tube they must keep bent above their heads. SIGNA Premier’s more comfortable alternative is a coil, shaped like a mat, that doctors lay over a patient’s body like a blanket. Called AIR Technology it’s so lightweight that it’s measured in grams instead of kilograms. It also offers a more conclusive body scan thanks to its extra channels, or receiver pathways for information about the body that are a bit like TV channels. “I was really amazed by the quality of the images with the Air Coil,” says Muharam, who says SIGNA Premier scans around 15 patients a day at Erasmus. “You could really see all the structures of the elbow.” [Read more…]

5. When not having to go means going more places

Alan Hepford had not slept through the night in four years. The 72-year-old retired Army Major would wake up 5-8 times every night with an urgent need to urinate. Like 20 million men in the United States, he suffers from benign prostate hyperplasia (BPH), commonly referred to as an enlarged prostate. Alan knew something had to change, so he turned to his daughter Lisa, an Interventional Radiology Clinical Specialist for GE Healthcare, for a recommendation. As luck would have it, Lisa works alongside Dr. Charles Nutting, a nationally recognized interventional radiologist. Dr. Nutting is one of a growing number of physicians in the United States performing a fairly new minimally invasive procedure called a Prostate Artery Embolization, or PAE. “PAE is one of the more complicated procedures we perform because the prostate’s vessels are so tiny and can branch off many different locations.” Dr. Nutting explained. [Read more…]